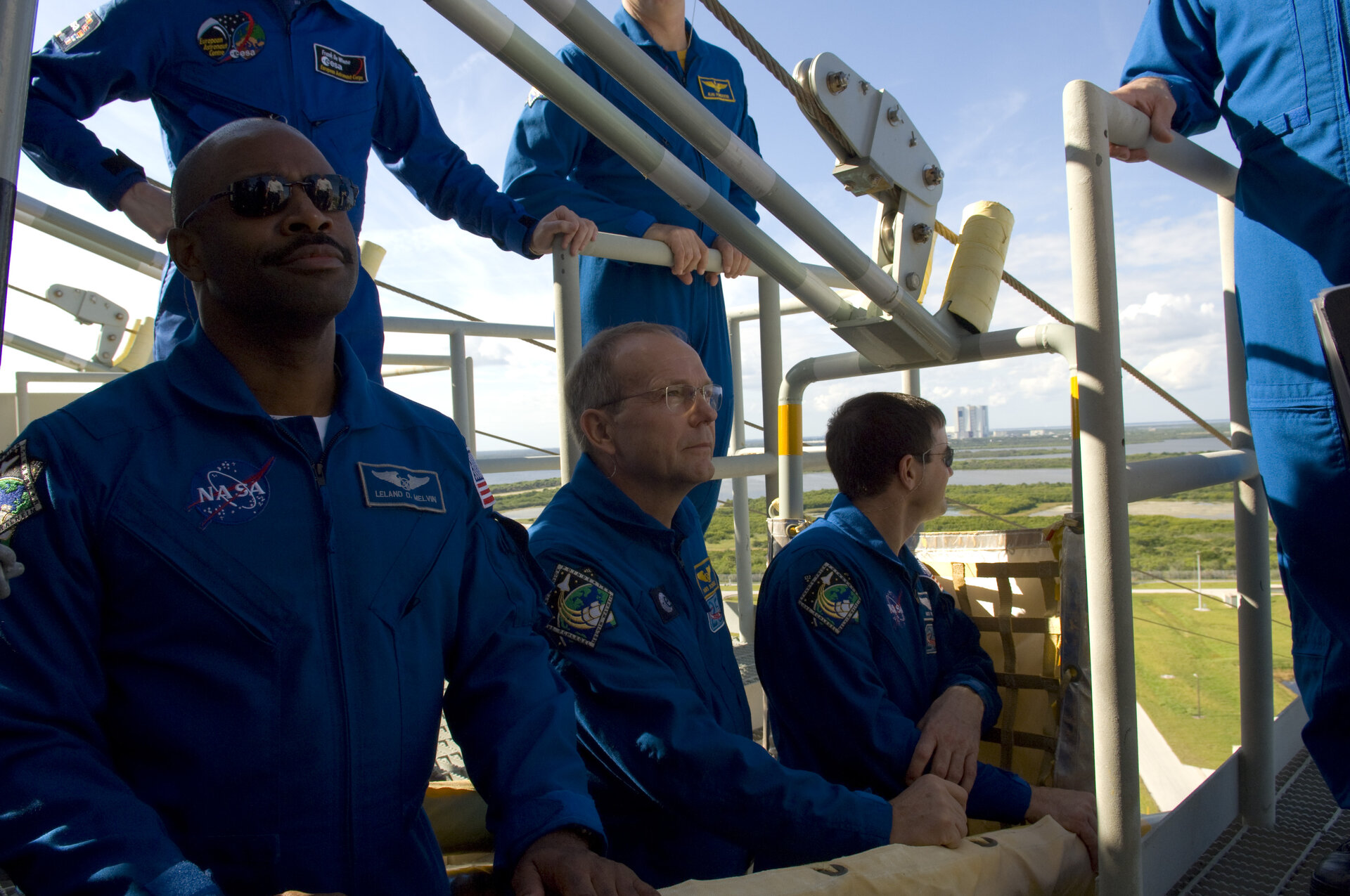 Hans Schlegel and his fellow STS-122 crew members, climb into the slidewire basket

European astronaut Hans Schlegel, from Germany, climbs into the slidewire basket during final training at NASA's Kennedy Space Center, in Cape Canaveral, Florida, in November 2007, in preparation for the STS-122 space shuttle mission to the International Space Station (ISS). The slidewire basket is used to evacuate the launch pad in the case of an emergency during the launch countdown.