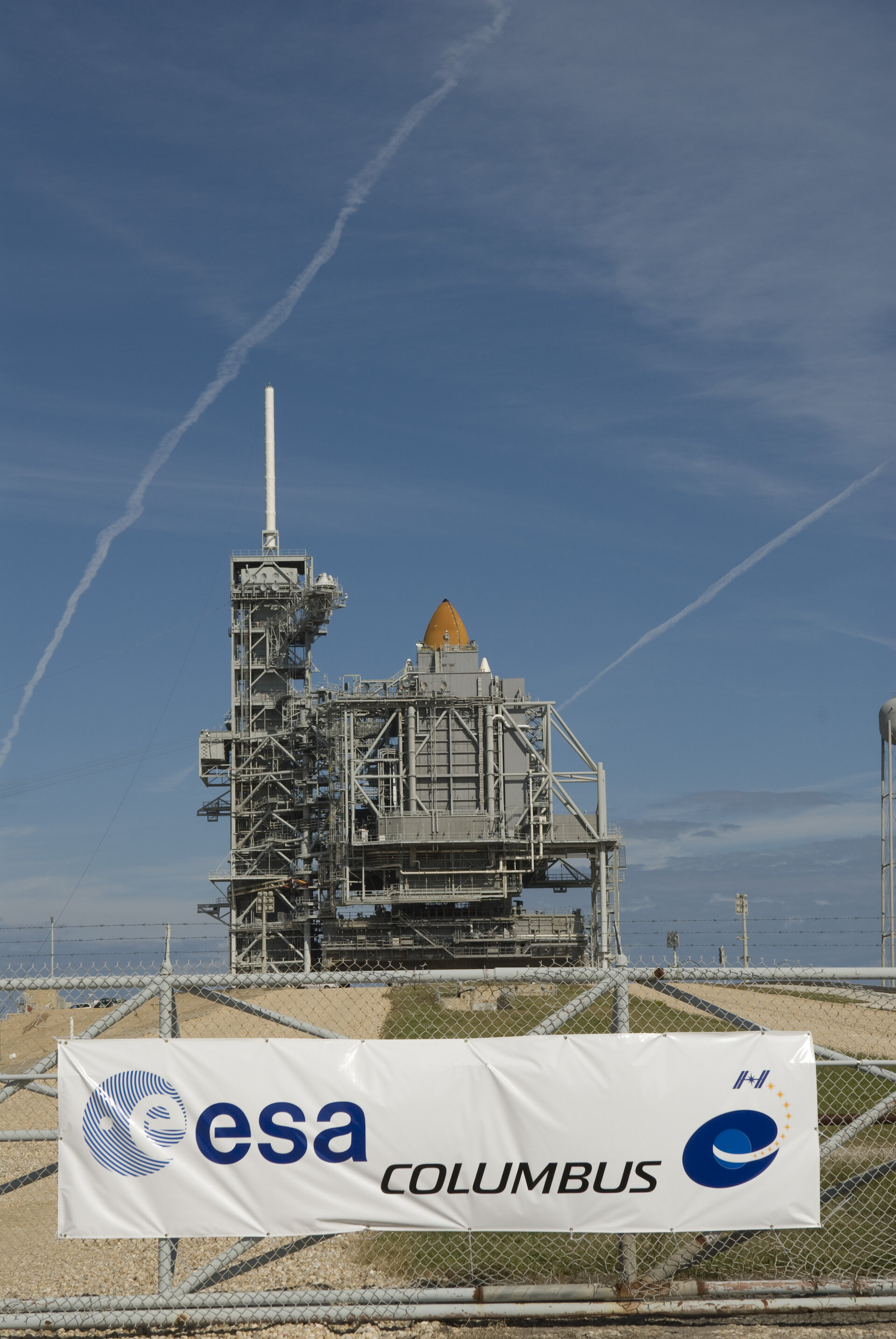 NASA's Space Shuttle Atlantis at NASA's Kennedy Space Center, in Cape Canaveral, Florida, in November 2007, in preparation for the STS-122 space shuttle mission to the International Space Station (ISS). Atlantis is shrouded by the launch pad. The European Columbus laboratory sits inside Atlantis' payload bay awaiting its ride to the Space Station where it will connected to the starboard port of the Node 2 module, also known as Harmony.