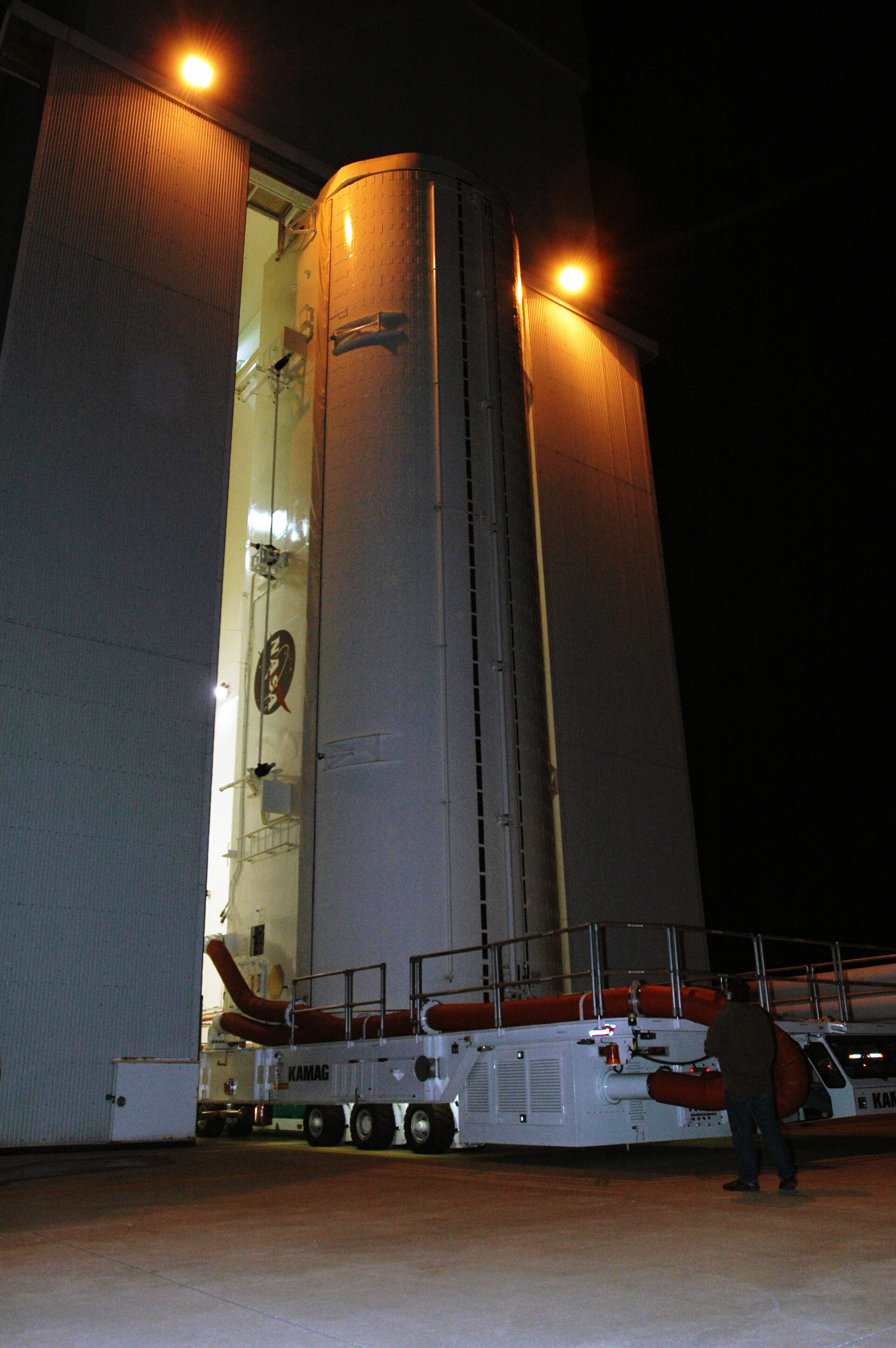 KENNEDY SPACE CENTER, FLA. -- At NASA's Kennedy Space Center (KSC), the payload canister rolls out of the Canister Rotation Facility where it was rotated from horizontal to vertical for its trip to Launch Pad 39A. The canister contains the European Columbus laboratory module and integrated cargo carrier-lite payloads for Space Shuttle Atlantis on mission STS-122. They will be transferred into the payload changeout room on the pad. Atlantis is targeted to launch on 6 December.