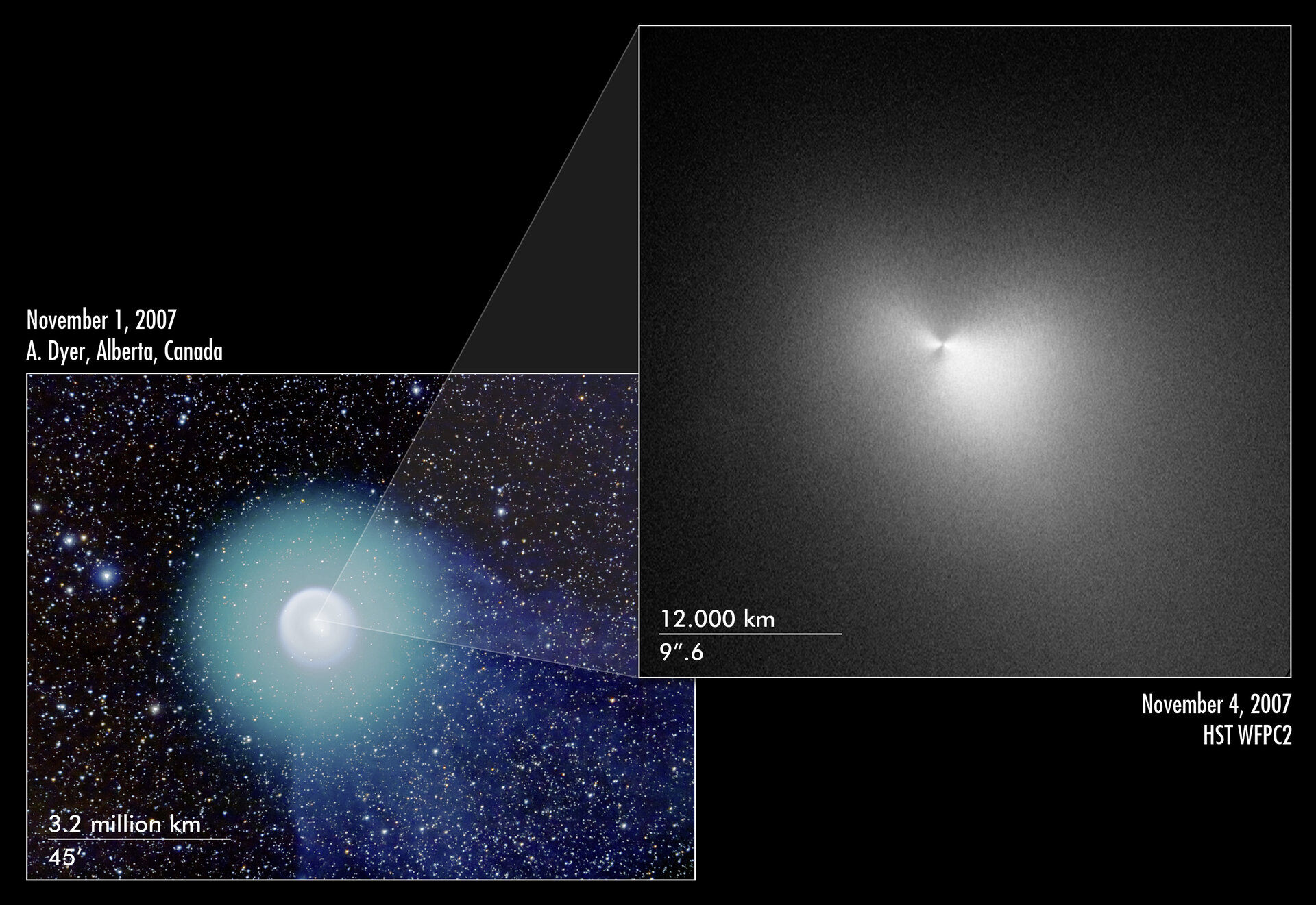 Hubble and wide-field ground based view of Comet 17P/Holmes

The Hubble image to the right, taken on 4 November 2007, shows the heart of Comet 17P/Holmes. The central portion of the image has been specially processed to highlight variations in the dust distribution near the nucleus. About twice as much dust lies along the east-west direction (the horizontal direction) as along the north-south direction (the vertical direction), giving the comet a “bow tie” appearance.

The composite colour image at left, taken on 1 November 2007 by an amateur astronomer shows the complex structure of the entire coma, consisting of concentric shells of dust and a faint tail emanating from the comet’s right side.