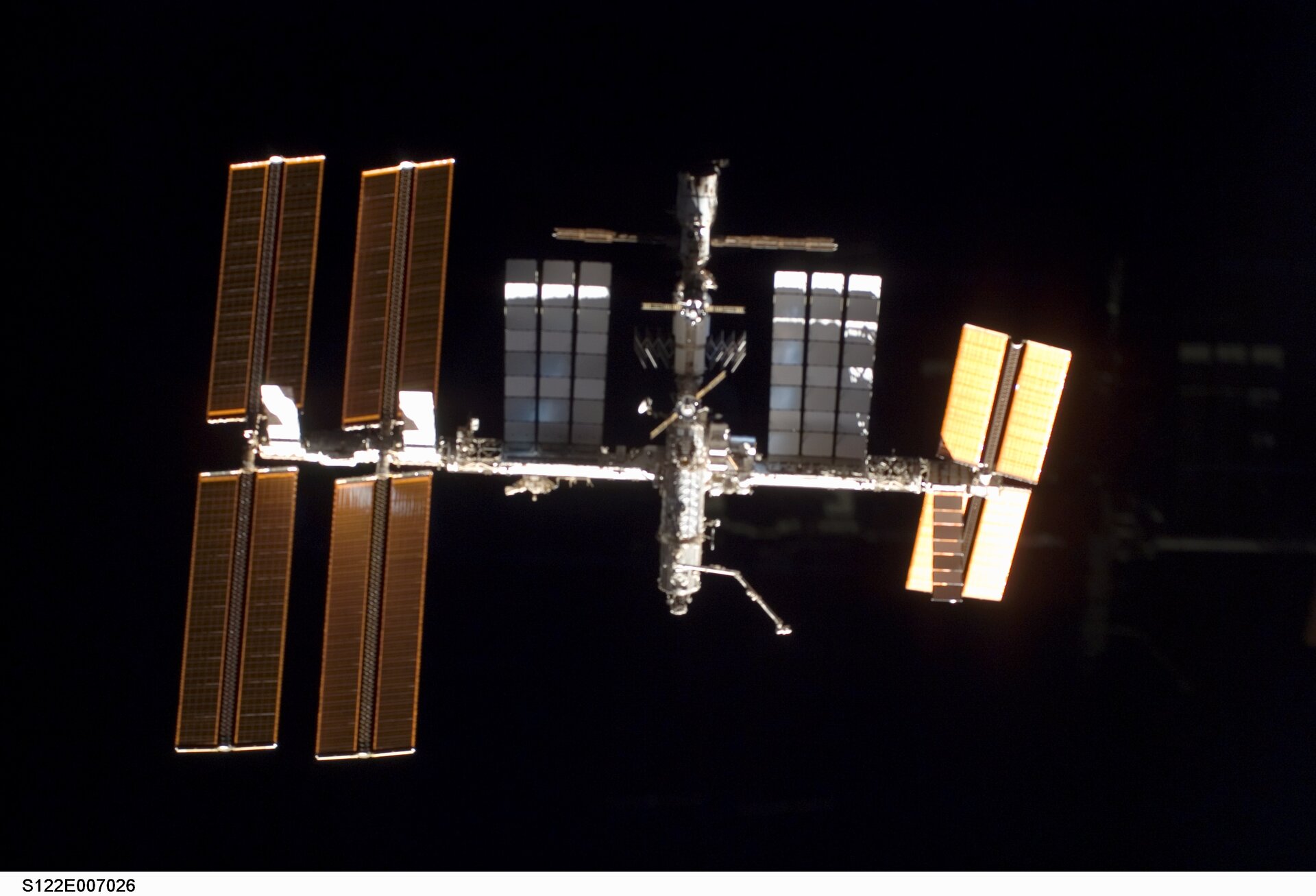 This digital still image of the International Space Station was photographed through an overhead window on Space Shuttle Atlantis as the two spacecraft approached each other for a 9 February docking. While STS-122 astronauts were recording photos of their home for the next several days, crew members aboard the ISS were clicking images of the shuttle, with the primary focus being on its thermal protection system.