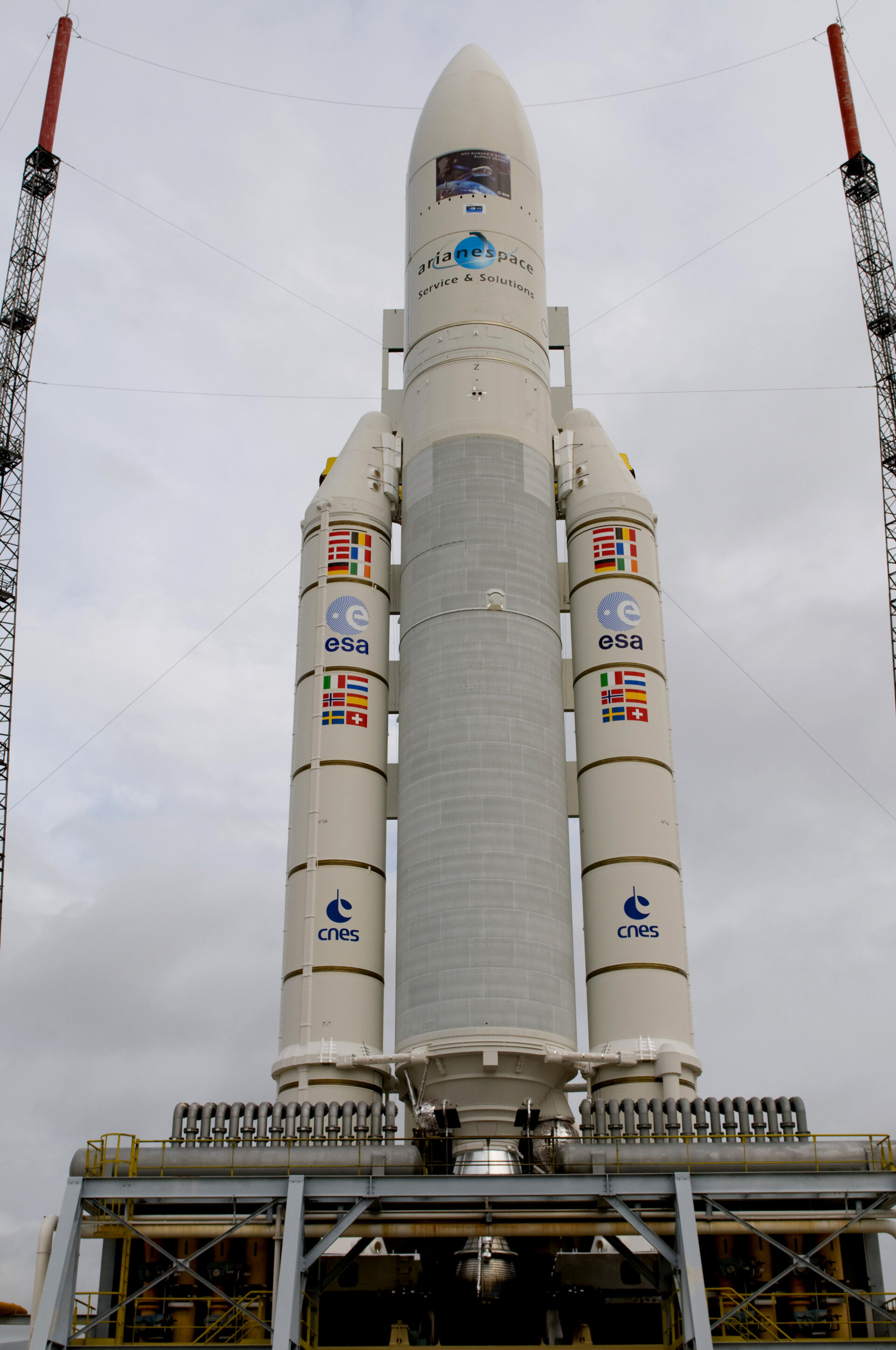 The Ariane 5 ES-ATV launcher, on its mobile launch table

The Ariane 5 ES-ATV launcher, on its mobile launch table, shortly after its transfer from the Final Assembly Building (BAF) at the Launch Zone (ZL-3) of Ariane Launch Complex no.3 (ELA-3) at the Guiana Space Centre, Europe's Spaceport, on 7 March 2008, for fuelling and final launch preparation. Also visible are two of the four 100-m-tall lightning towers surrounding the launch pad and one of the two large flame ducts used to evacuate the exhaust from the large solid boosters.