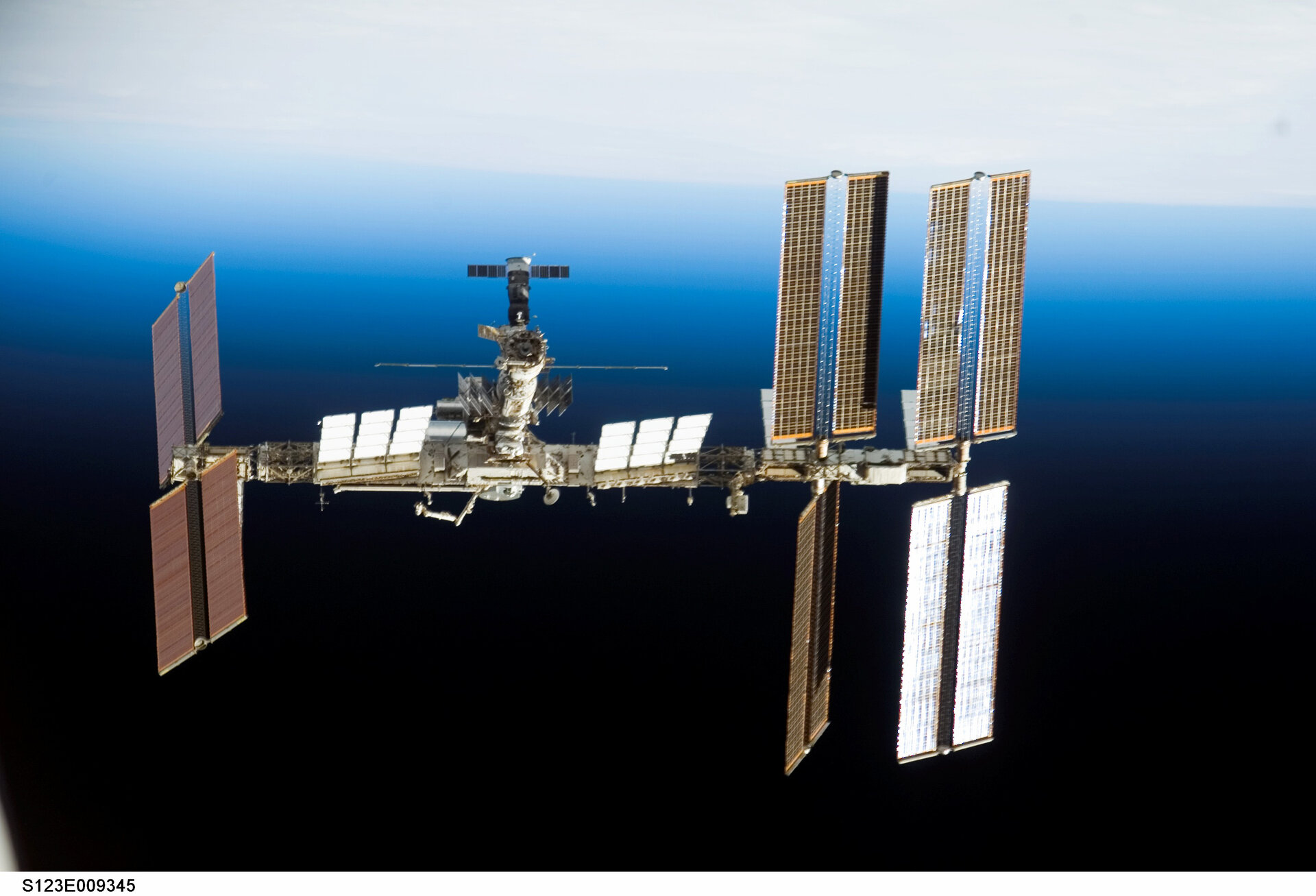 Backdropped by Earth's horizon and the blackness of space, the International Space Station appears very small from the point of view of the Space Shuttle Endeavour as the two spacecraft carry out their relative separation. Endeavour's vertical stabilizer, orbital maneuvering system (OMS) pods and payload bay are seen in this image photographed by an STS-123 crewmember onboard the shuttle. Earlier the STS-123 and Expedition 16 crews concluded 12 days of cooperative work onboard the shuttle and station. Undocking of the two spacecraft occurred at 7:25 p.m. (CDT) on March 24, 2008. ESA astronaut Léopold Eyharts returned to Earth with STS-123 at the end of his stay on the ISS.