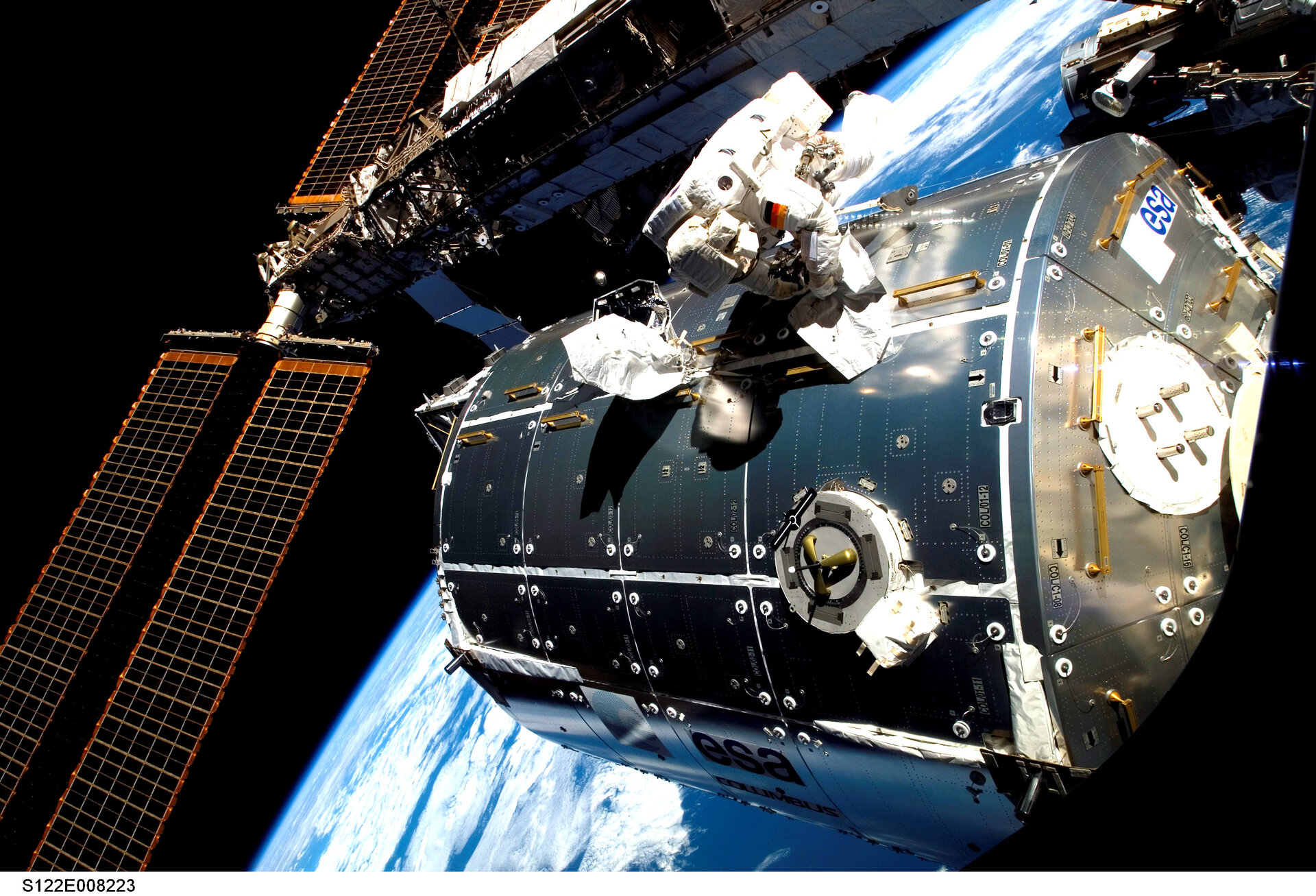 
Shortly after the spacewalk officially started to 15:27 CET (14:27 UT), Schlegel and NASA astronaut Rex Walheim headed out of the International Space Station’s Quest Airlock. The spacewalkers main task was to replace a nitrogen tank used to pressurise the Station's ammonia cooling system. The replacement of the tank is part of regular Station maintenance. A new nitrogen tank was carried to ISS inside Atlantis’ payload bay.