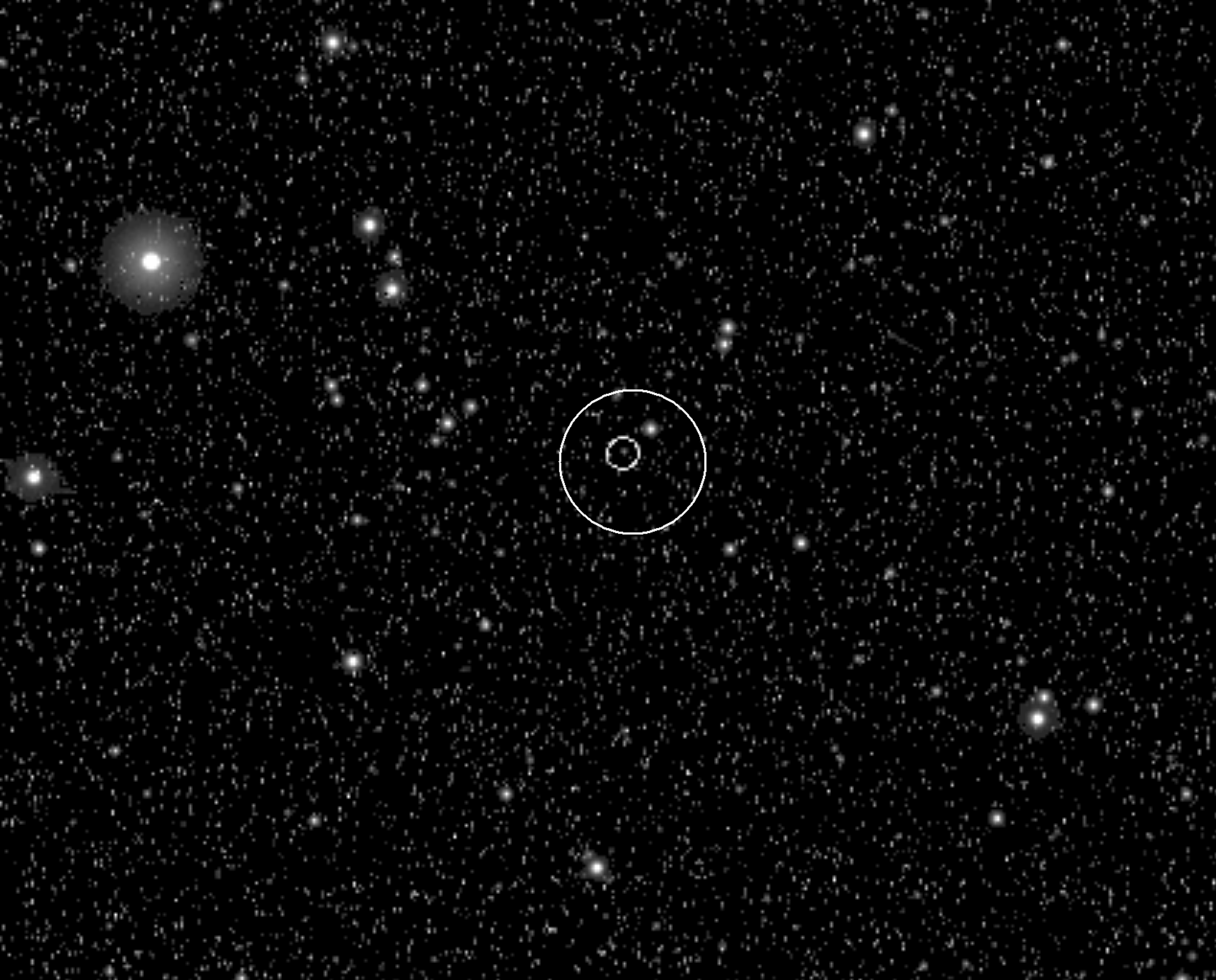 Asteroid Steins is the tiny white dot in the centre of the two concentric circles, as seen by Rosetta's Navigation Camera "A" in the morning of 4 August, when the spacecraft was approximately 24 mn kms from Steins; this was only the first in a series of steadily better images as Rosetta closed the range.

On this day, the asteroid was still fainter than the nominal detection limit of the camera. The larger surrounding white spots are stars; almost all other small white spots are artefacts from the camera's CCD sensor (known as 'pixel dark current'), which considerably degrades the quality of the image. The asteroid was found within 3 arcseconds of its predicted position.