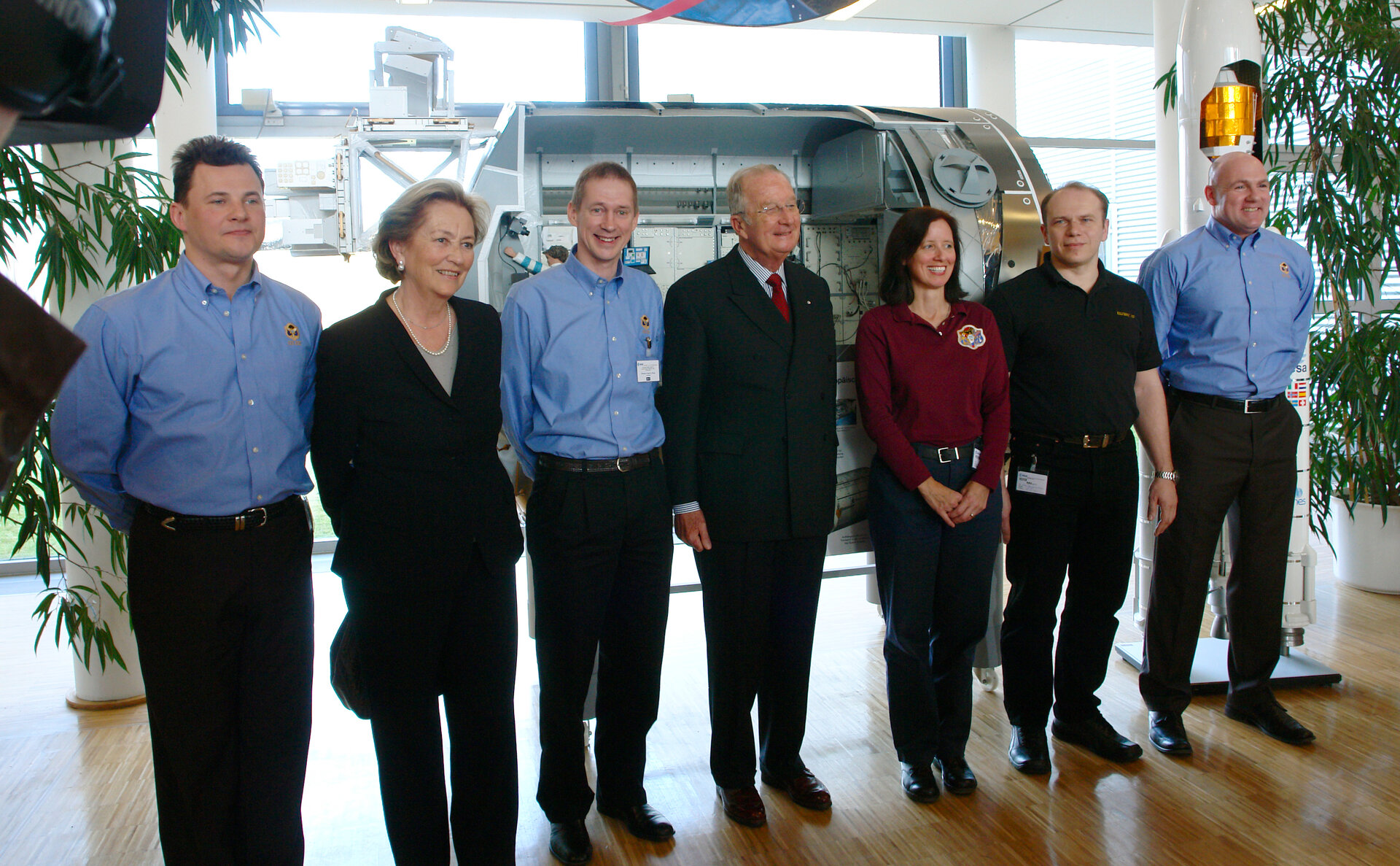 Albert II King of the Belgians and Queen Paola visited the European Astronaut Centre (EAC), in Cologne, Germany, on 19 March 2009. Here they are seen in the company of the astronauts and cosmonauts who were training at EAC at that time.