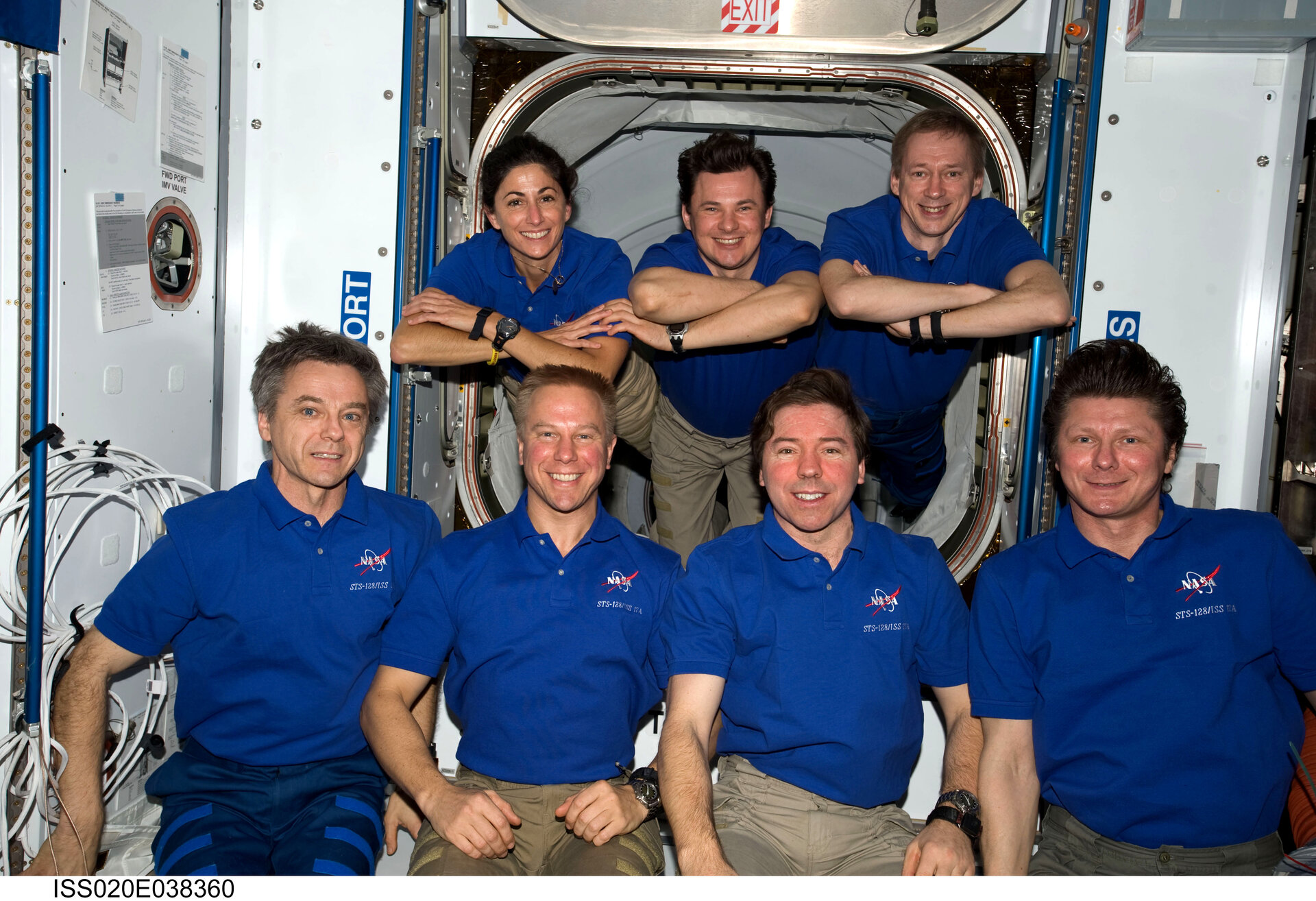 ISS020-E-038360 (5 Sept. 2009) --- These seven international astronauts and cosmonauts take a few minutes from a busy agenda to pose for a portrait on the International Space Station, where they're spending more than a week with a second group of visitors in summer 2009, accomplishing joint activities with the STS-128 Discovery crew. On the front row, from the left, are Canadian Aerospace Agency astronaut Robert Thirsk, and NASA astronauts Tim Kopra and Mike Barratt, with Russia's Federal Space Agency cosmonaut Gennady Padalka. Appearing above them, as though suspended by invisible wires, are, from the left, astronaut Nicole Stott with cosmonaut Roman Romanenko and ESA astronaut Frank De Winne. Stott replaces Kopra, who will be returning to Earth in a few days on Discovery.