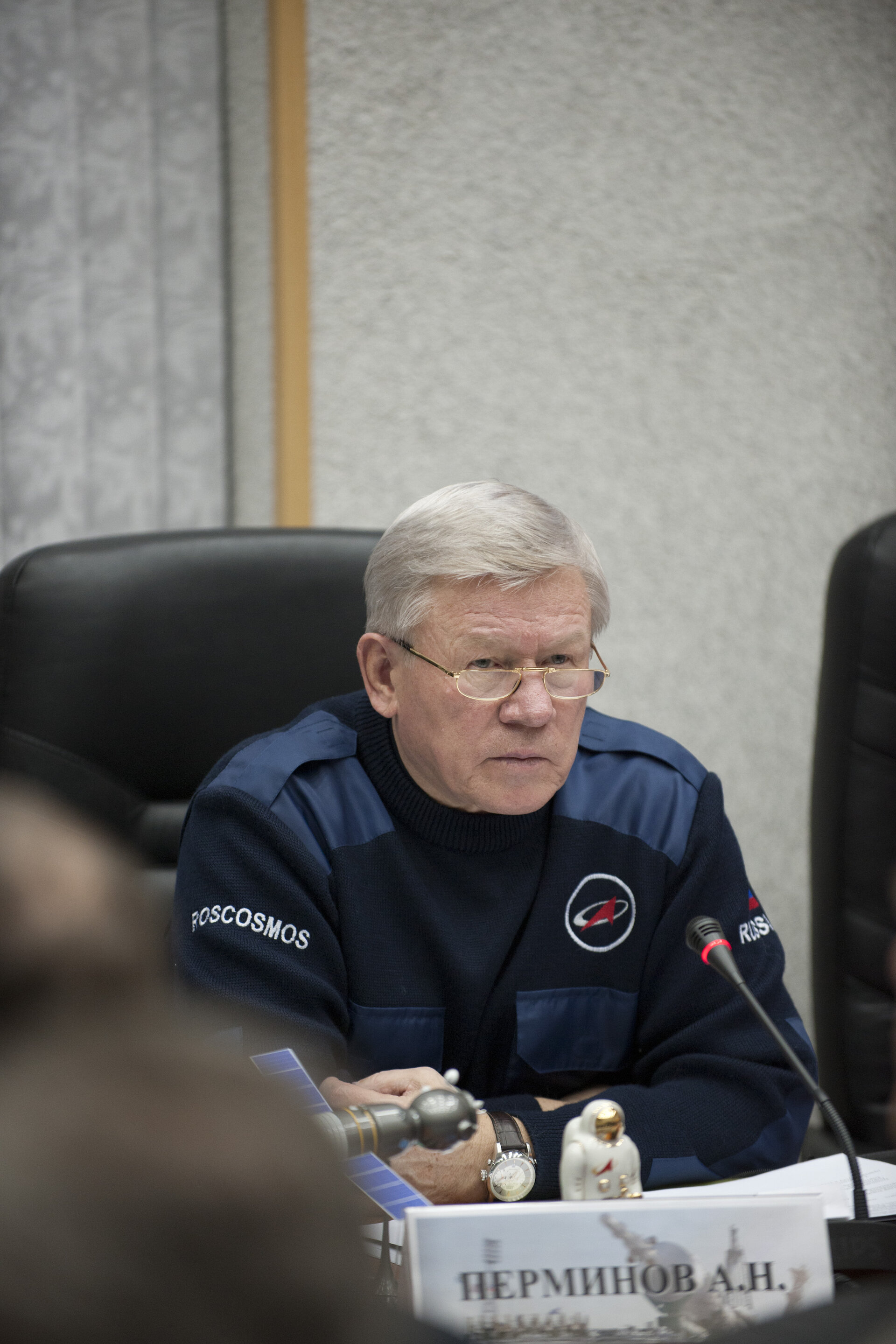 Anatoly Perminov, the head of the Russian space agency Roscosmos, during the State Commission meeting to approve the Soyuz launch, on 14 December 2010.