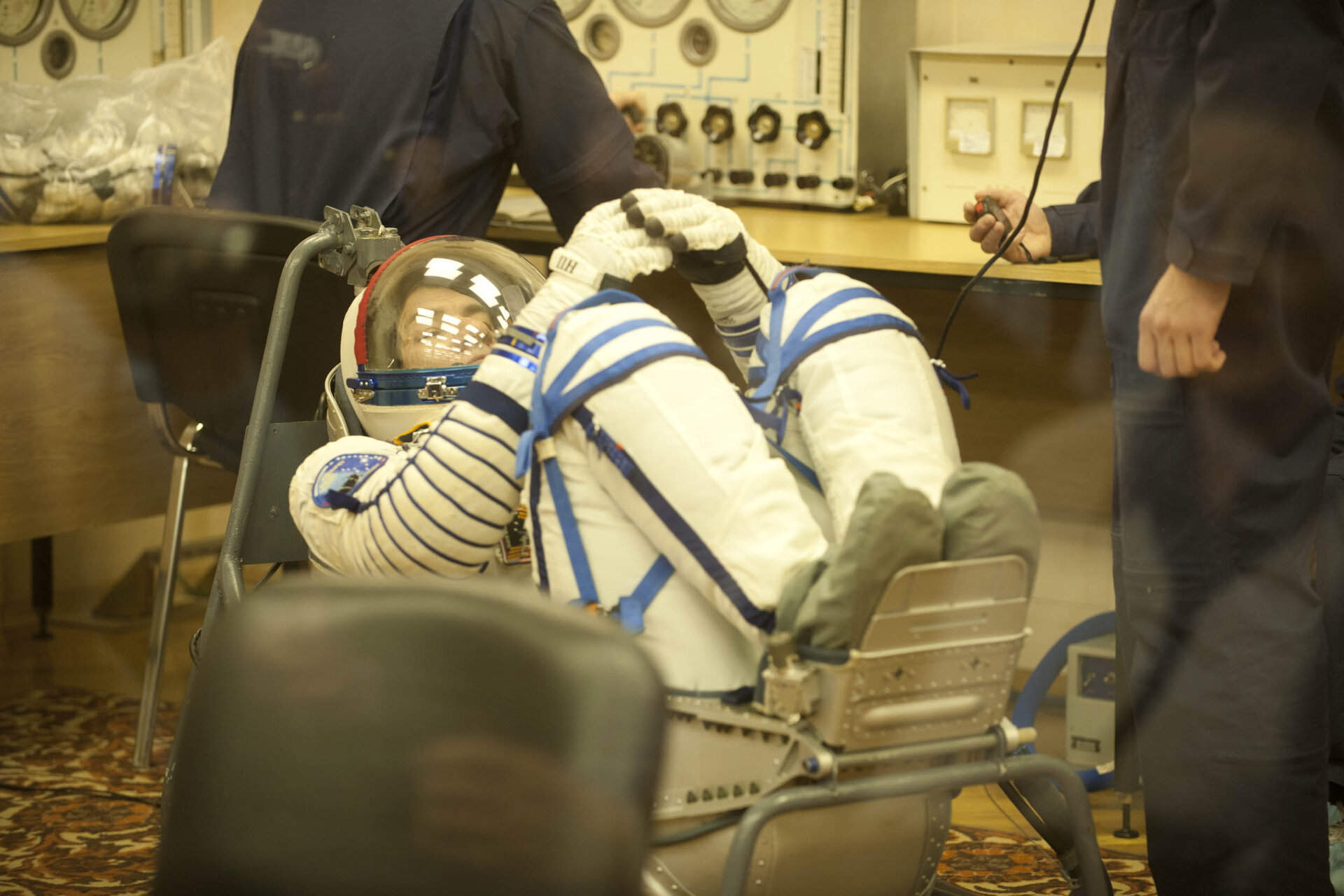 ESA astronaut Paolo Nespoli's Sokol suit in pressure testing in the MIK preparation building in Baikonur, some 4 hours before lift-off to the International Space Station (ISS), on 15 December 2010.