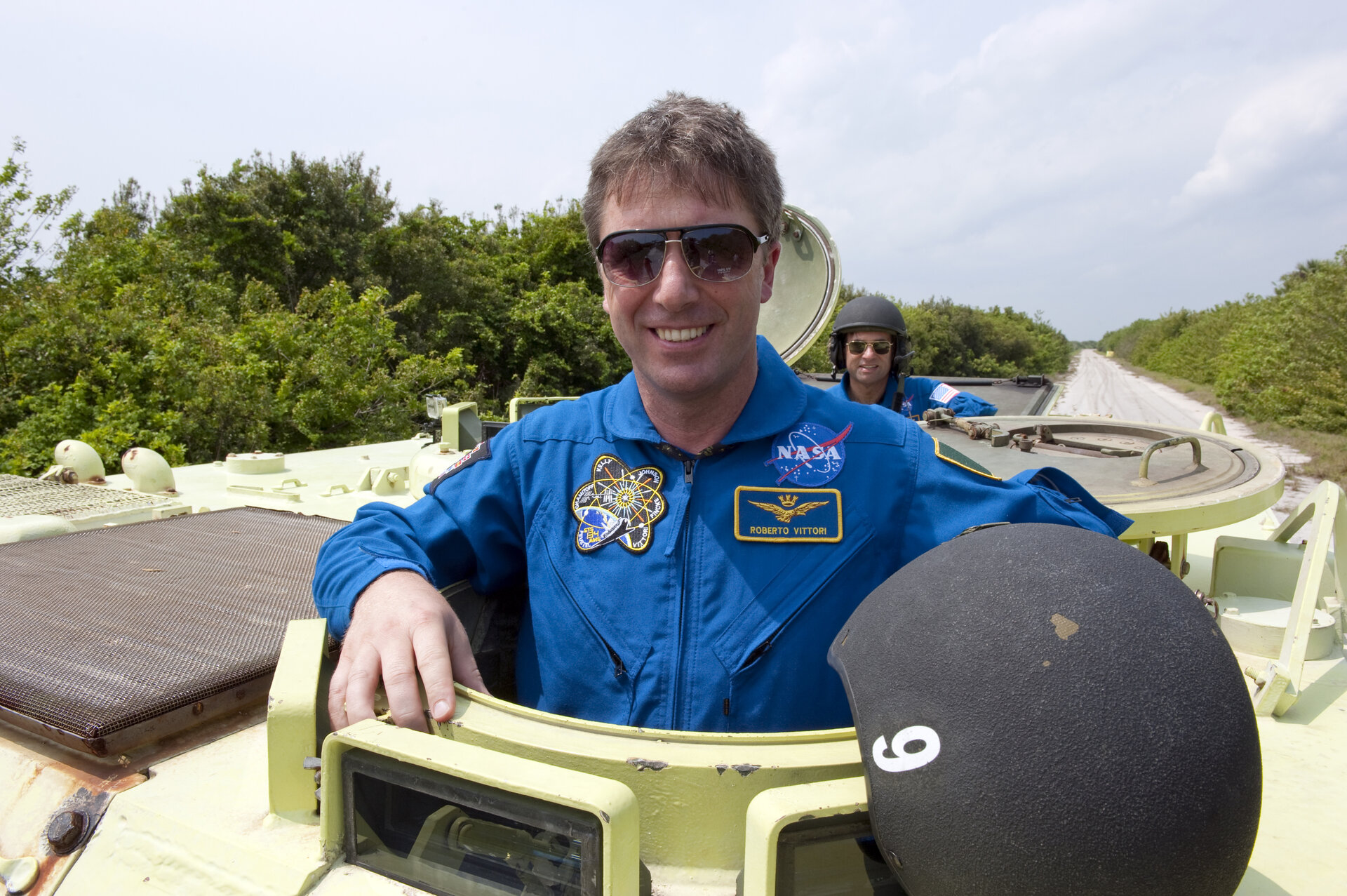 Vittori at the controls of M113 armored personnel carrier

Astronaut and Mission Specialist Roberto Vittori, ESA's Italian astronaut, at NASA's Kennedy Space Center in Florida during the driving practice of the M113 armored personnel carrier. An M113 is kept at the foot of the launch pad in case an emergency exit from the pad is needed and every shuttle crew is trained on driving the vehicle before launch. Space shuttle Endeavour's six crew members are at Kennedy for the launch countdown dress rehearsal called the Terminal Countdown Demonstration Test (TCDT) and related training. Photo is taken on 30 March 2011.