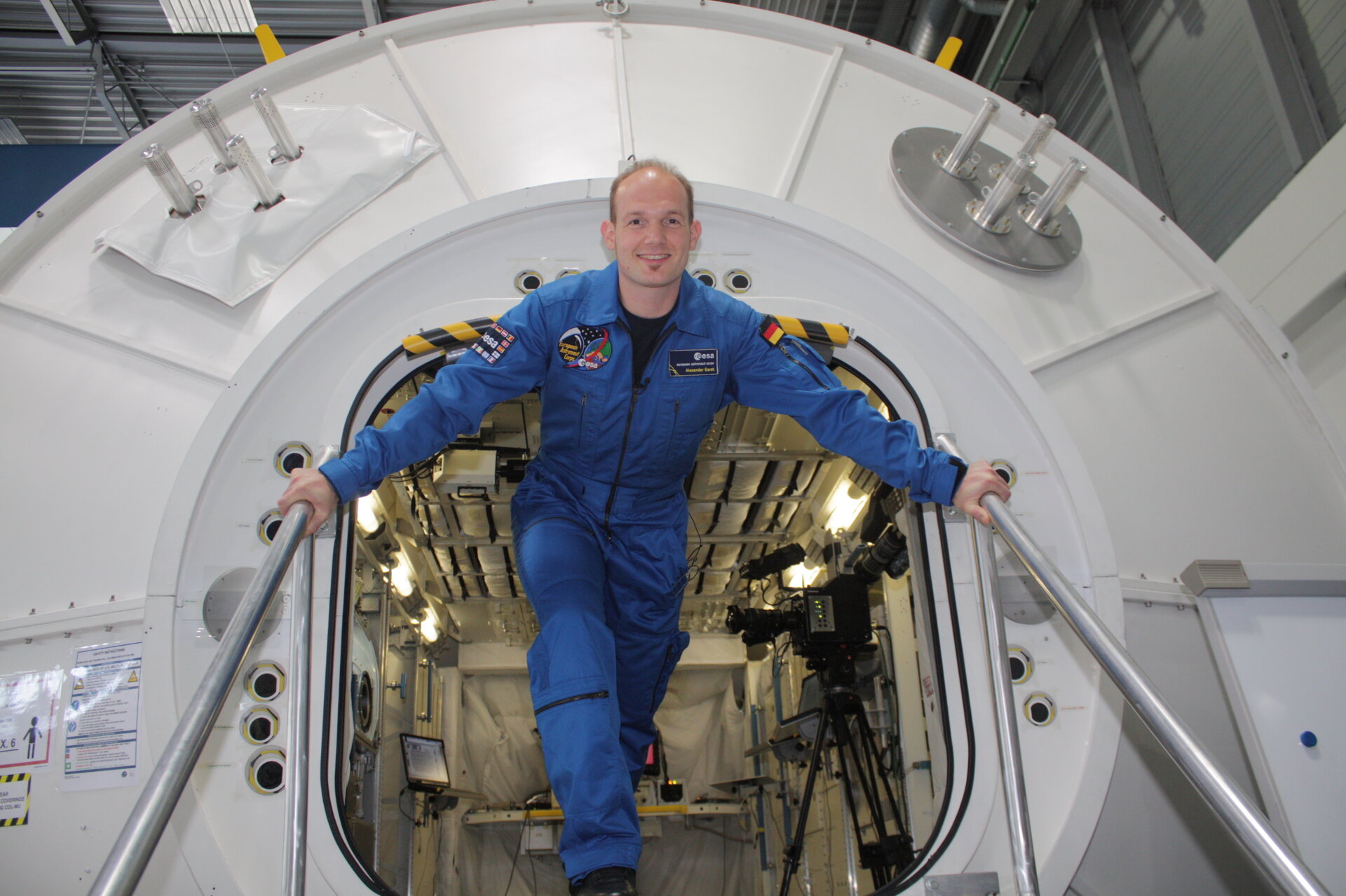 Alexander Gerst coming out from a Columbus laboratory mockup

Alexander Gerst, ESA astronaut, emerging from from the Columbus laboratory mockup at the European Astronaut Centre in Cologne, Germany.