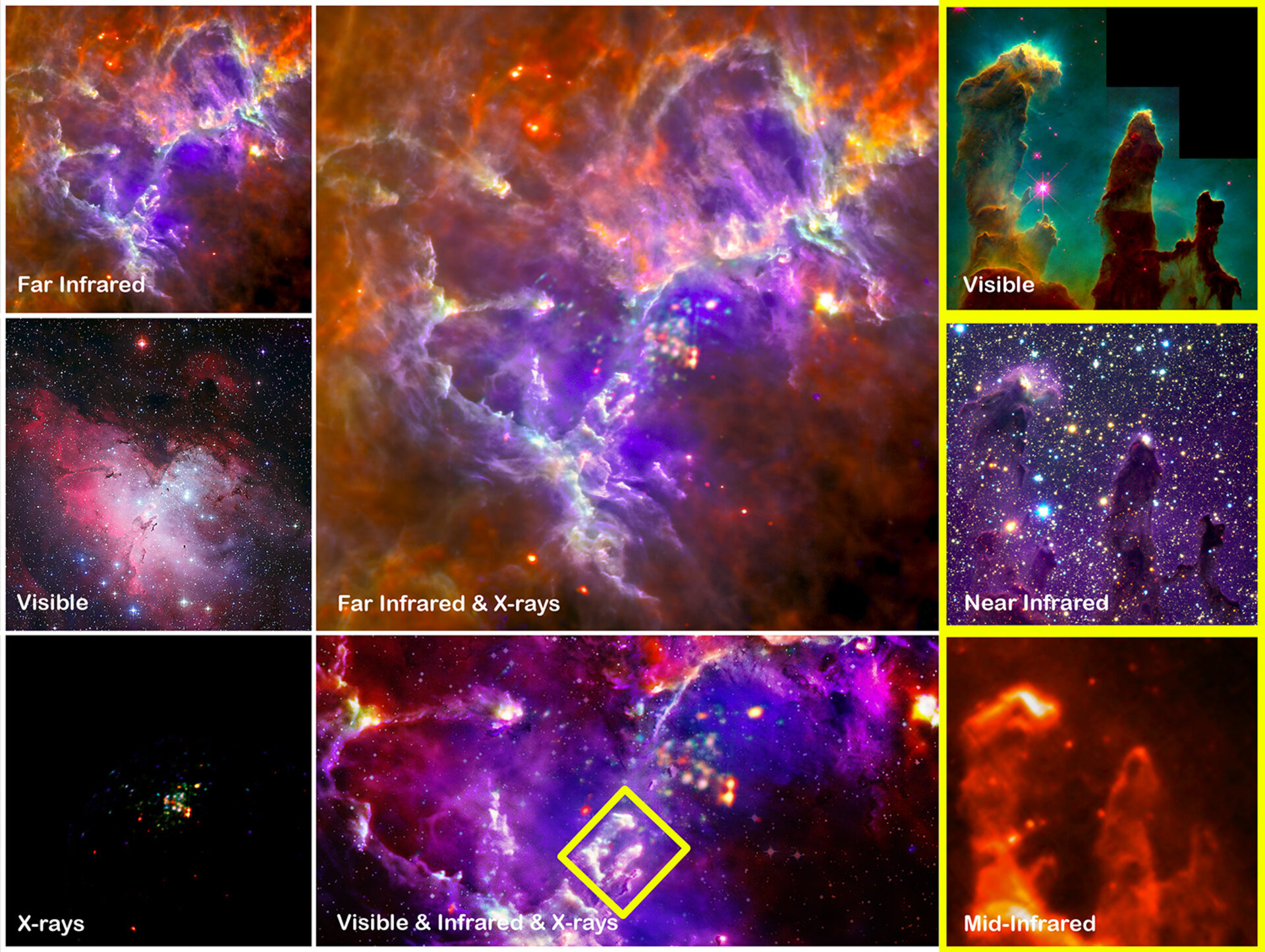 Individual images that make up the final stunning new view

Messier 16 is a diffuse emission nebula that contains the young open cluster NGC6611. The iconic ‘Pillars of Creation’ image taken with the Hubble Space Telescope in 1995 is captured in near-infrared by the VLT, which penetrates straight through the obscuring gas and dust, rendering them almost invisible. The pillars are only a small portion of the extensive nebulous region imaged in far-infrared by ESA’s Herschel Space Observatory, which shows cool dust and gas tendrils being carved away by the hot stars seen in the X-ray image from XMM-Newton. The wide-field optical image from the ESO MPG telescope puts the pillars into context against the full scale of the nebula, which is over 75 light-years across