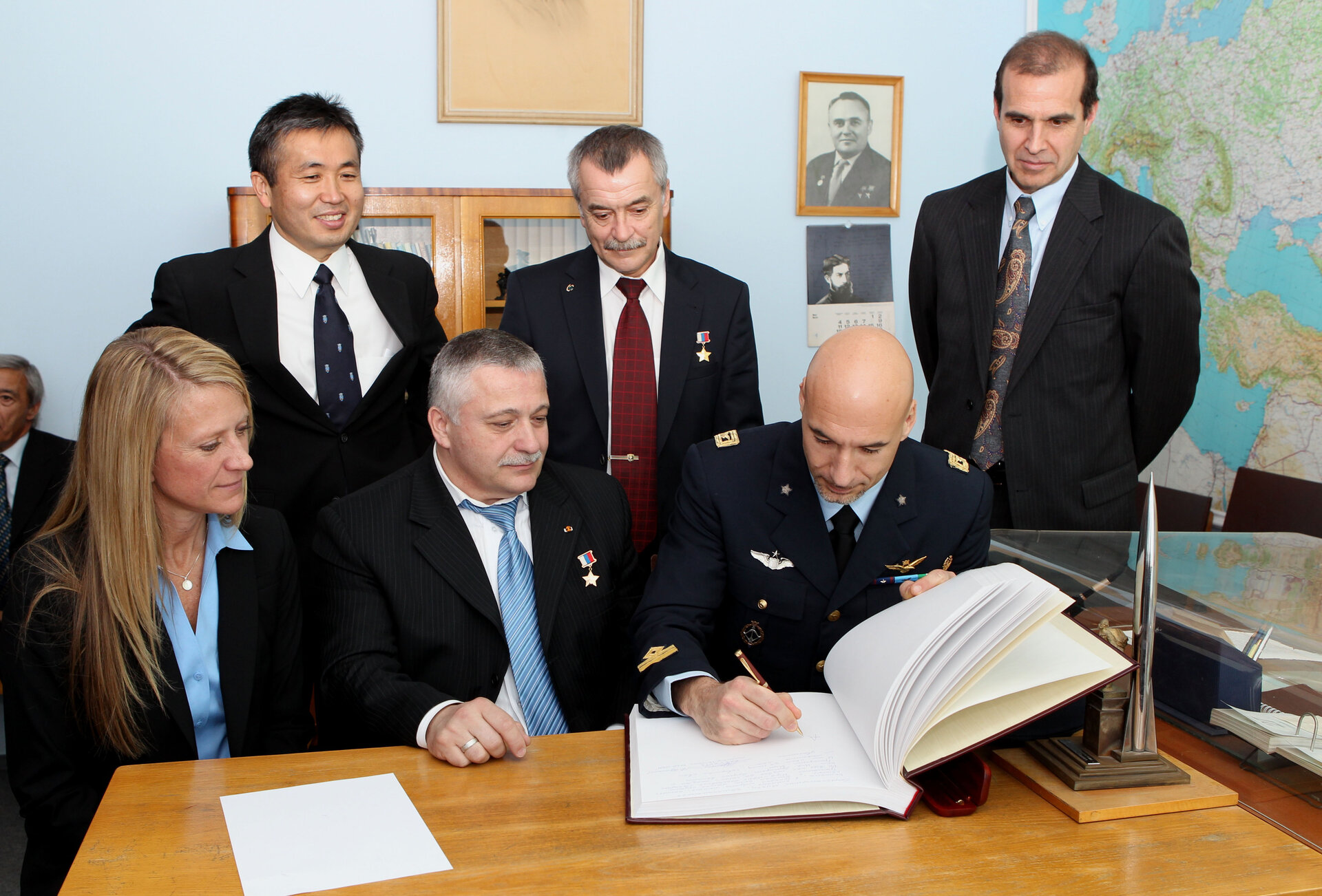 Luca Parmitano signs a commemorative book at the Cosmonautics Museum

The crew are preparing for their launch, 29 May 2013, Kazakh time, in the Soyuz TMA-09M spacecraft from the Baikonur Cosmodrome in Kazakhstan for a long-duration mission to the International Space Station.