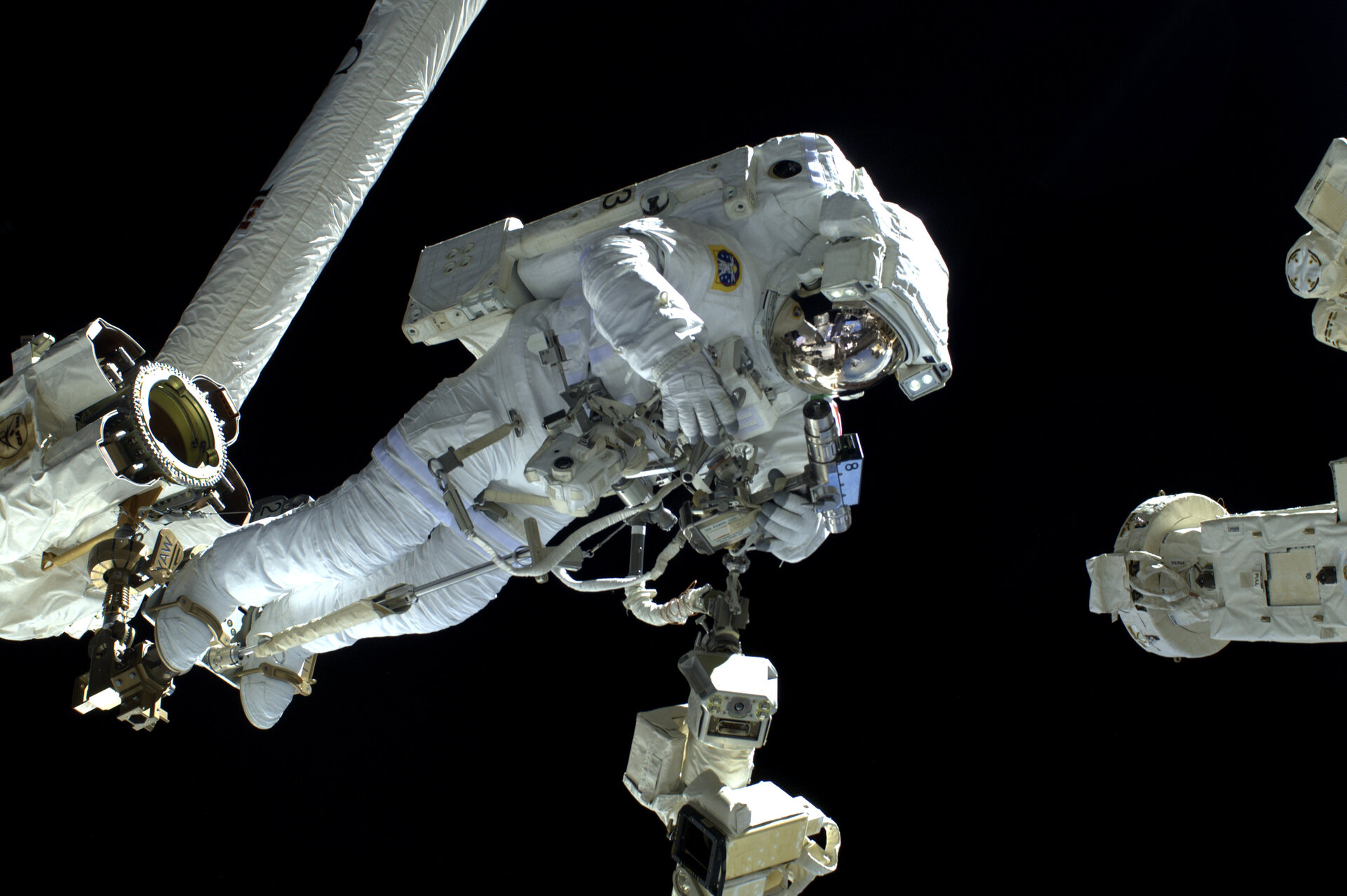 Changing the socket on my PGT, after recovering the CPLA

Changing the socket on the Pistol Grip Tool (PGA) after recovering the mast Camera light and Pan Tilt Assembly (CPLA).
These images were taken by ESA astronaut Luca Parmitano during his spacewalk, together with NASA's Chris Cassidy, 9 July 2013.
The spacewalk, the first for Luca and the fifth for Chris, lasted 6 hours 7 minutes.
This was the first of two Expedition 36 excursions to prepare the International Space Station for a new Russian module and perform additional installations on the station’s backbone.
The second spacewalk is scheduled for 16 July; Luca, working again with Chris Cassidy, will egress the Quest airlock at around 12:15 GMT (14:15 CEST).