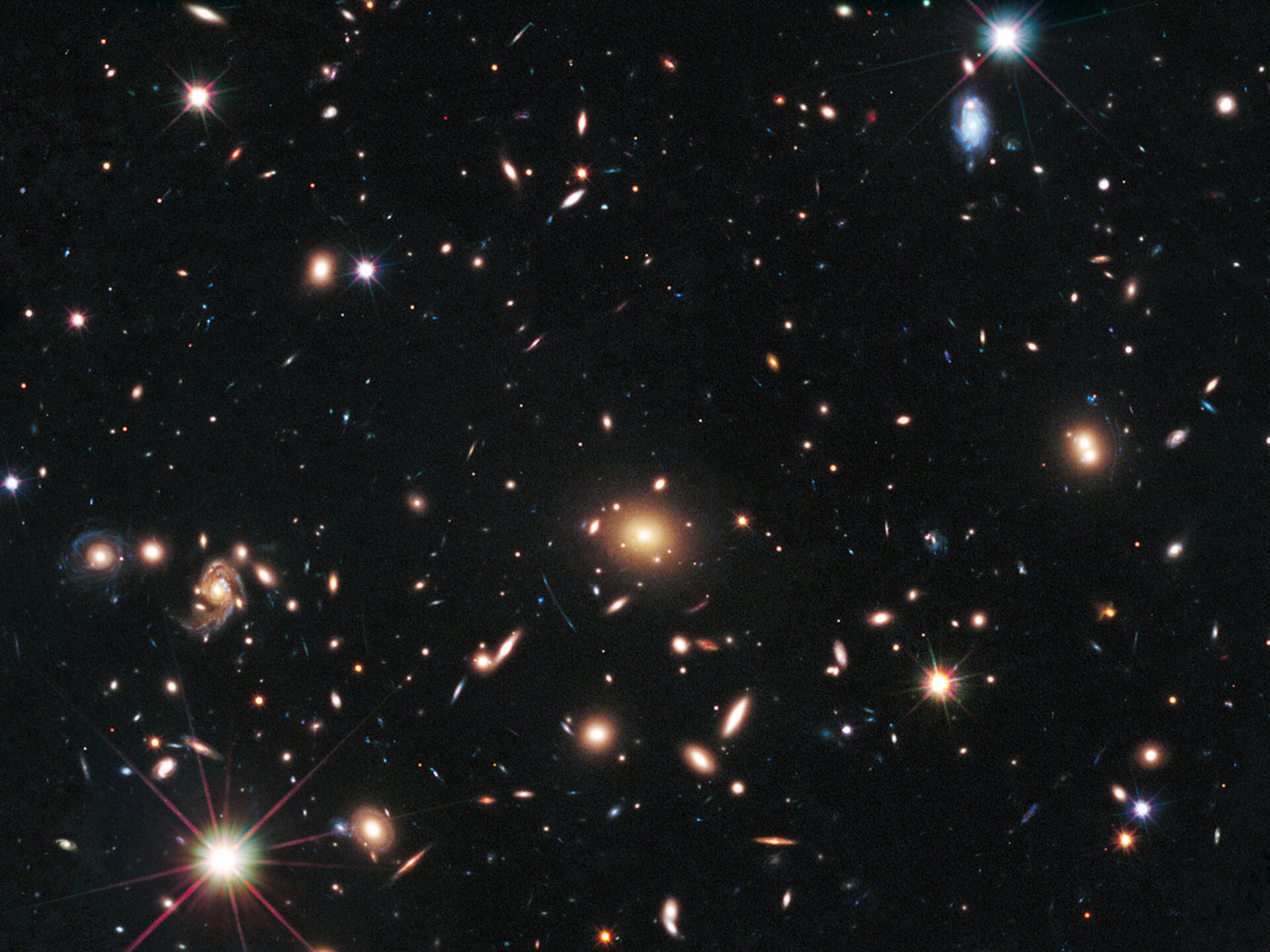 The heart of a vast cluster of galaxies called MACSJ1720+35 is shown in this image, taken in visible and near-infrared light by the NASA/ESA Hubble Space Telescope.

The galaxy cluster is so massive that its gravity distorts, brightens, and magnifies light from more distant objects behind it, an effect called gravitational lensing. In the top right an exploding star, located behind the cluster can just be made out. It is catalogued as SCP/SN-L2 and nicknamed Caracalla.

The supernova is a member of a special class of exploding star called Type Ia, prized by astronomers because it provides a consistent level of peak brightness that makes it reliable for making distance estimates.

Finding a gravitationally lensed Type Ia supernova gives astronomers a unique opportunity to check the optical "prescription" of the foreground lensing cluster. The supernova is one of three exploding stars discovered in the Cluster Lensing And Supernova survey with Hubble (CLASH), and was followed up as part of a Supernova Cosmology Project HST program. CLASH is a Hubble census that probed the distribution of dark matter in 25 galaxy clusters. Dark matter cannot be seen directly but is believed to make up most of the universe's matter.

The image of the galaxy cluster was taken between March and July 2012 by Hubble's Wide Field Camera 3 and Advanced Camera for Surveys.