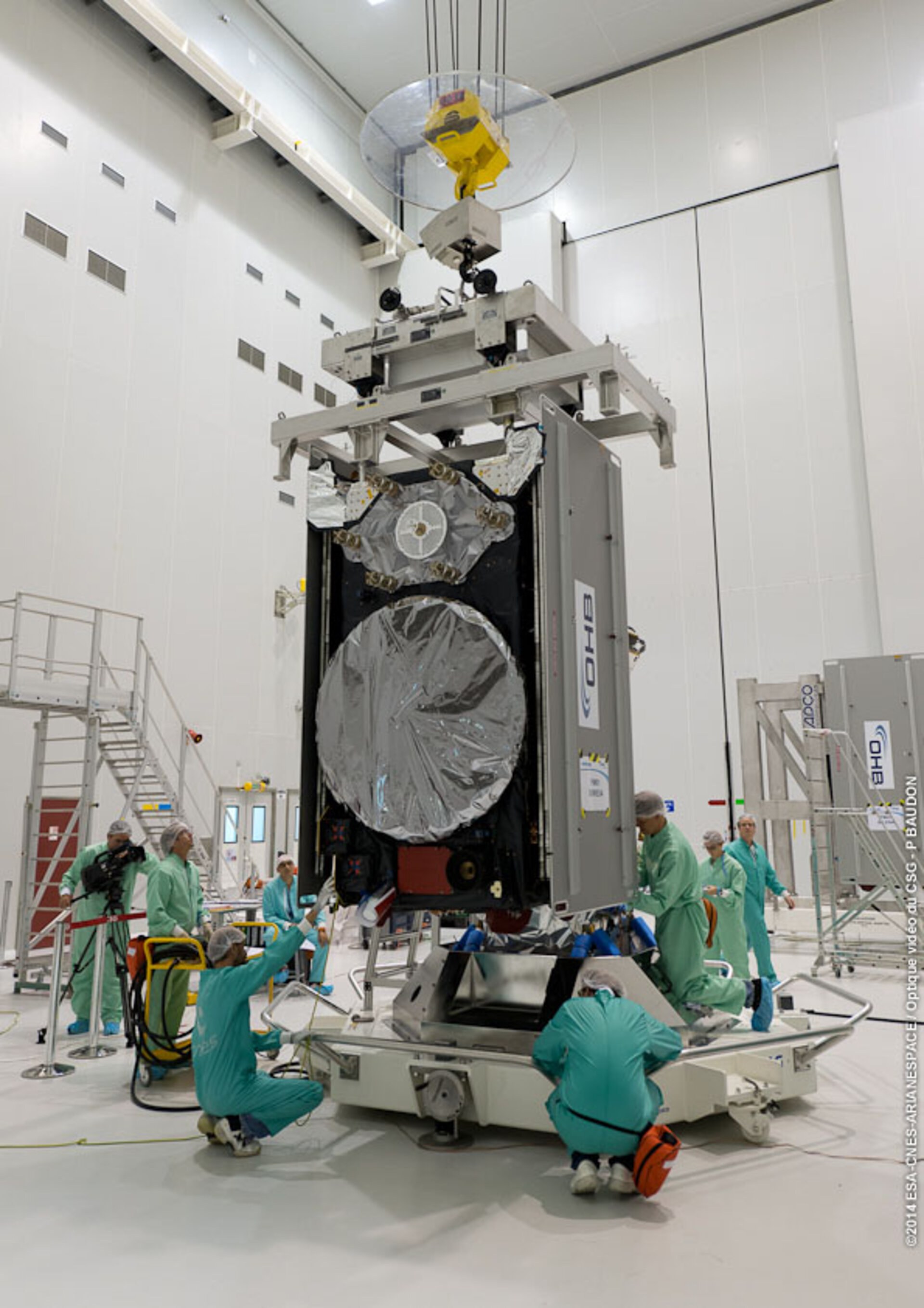 Installation of Galileo FOC satellite 'Doresa' on the payload dispenser system. The first of two Galileo navigation satellites has been integrated on its payload dispenser system at Europe's Spaceport in Kourou, French Guiana. The second satellite 'Milena' will be installed in a side-by-side arrangement. The pair will be mated atop a Soyuz Fregat upper stage and encapsulated in the protective payload fairing.

Galileo SATs 5-6 are scheduled to lift off at 12:31 GMT (14:31 CEST, 09:31 local time) on 21 August from Europe’s Spaceport in French Guiana on top of a Soyuz rocket. They are expected to become operational, after initial in-orbit testing, in autumn.

The two satellites will join the four Galileo ‘in-orbit validation’ satellites already in space. Launched in pairs in October 2011 and October 2012, these four satellites – the minimum required to obtain a position fix – served to demonstrate and validate the space and ground segments of the system.