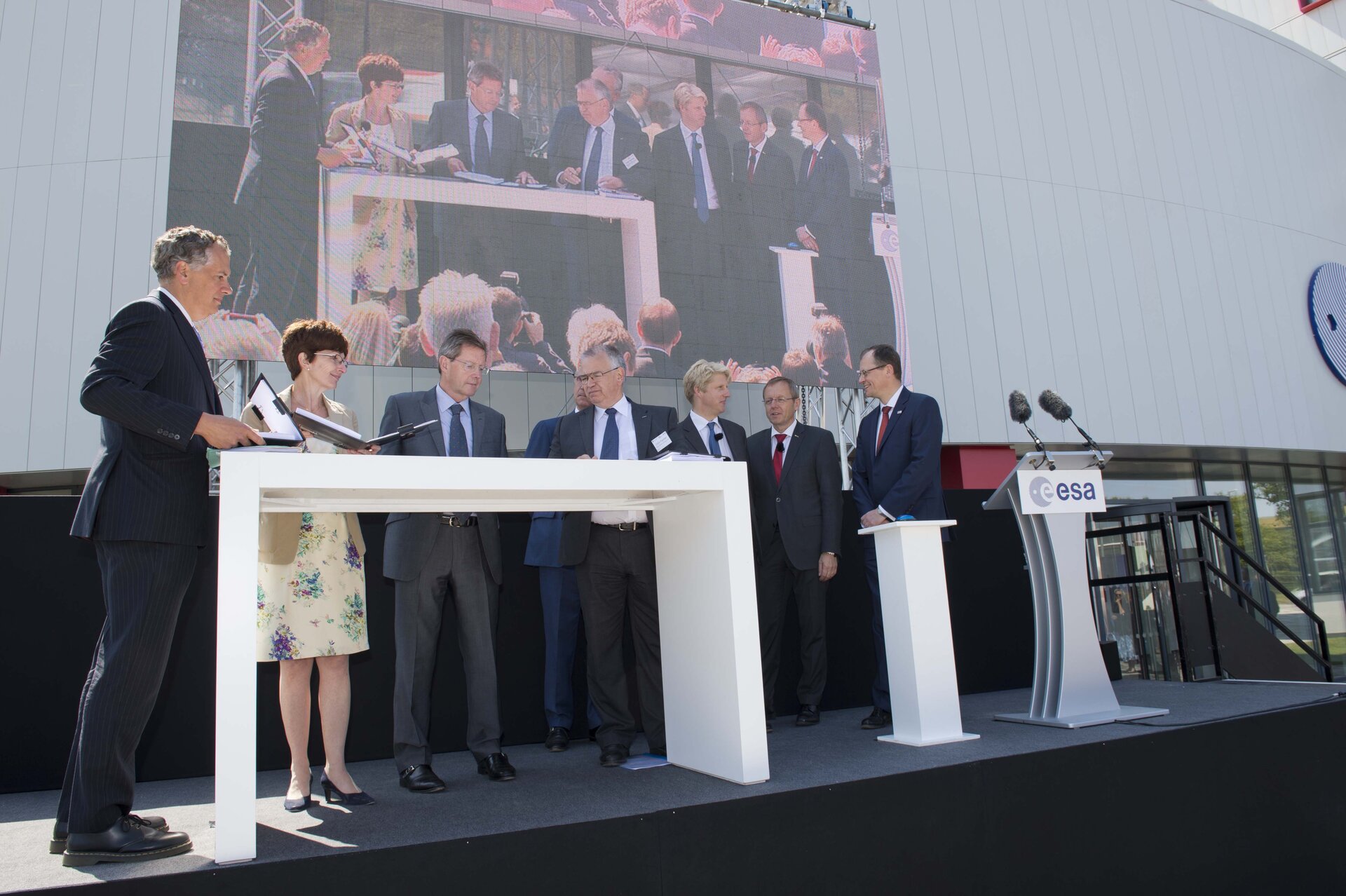 Two hundred space leaders from the public and private spheres came to ESA’s European Centre for Space Applications and Telecommunications (ECSAT) on the Harwell Campus in Oxfordshire on 9 July 2015, joined by the first ESA Director General, Roy Gibson, after whom the new building is named.

The event highlighted how space and space industry contribute to the economy. Space is an investment in the future. Success stories from entrepreneurs and the signing of the Quantum telecom satellite contract highlighted the recent expansion of ESA and the Science & Technology Facilities Council at Harwell Campus, in itself a growing international hub of space, science and business.