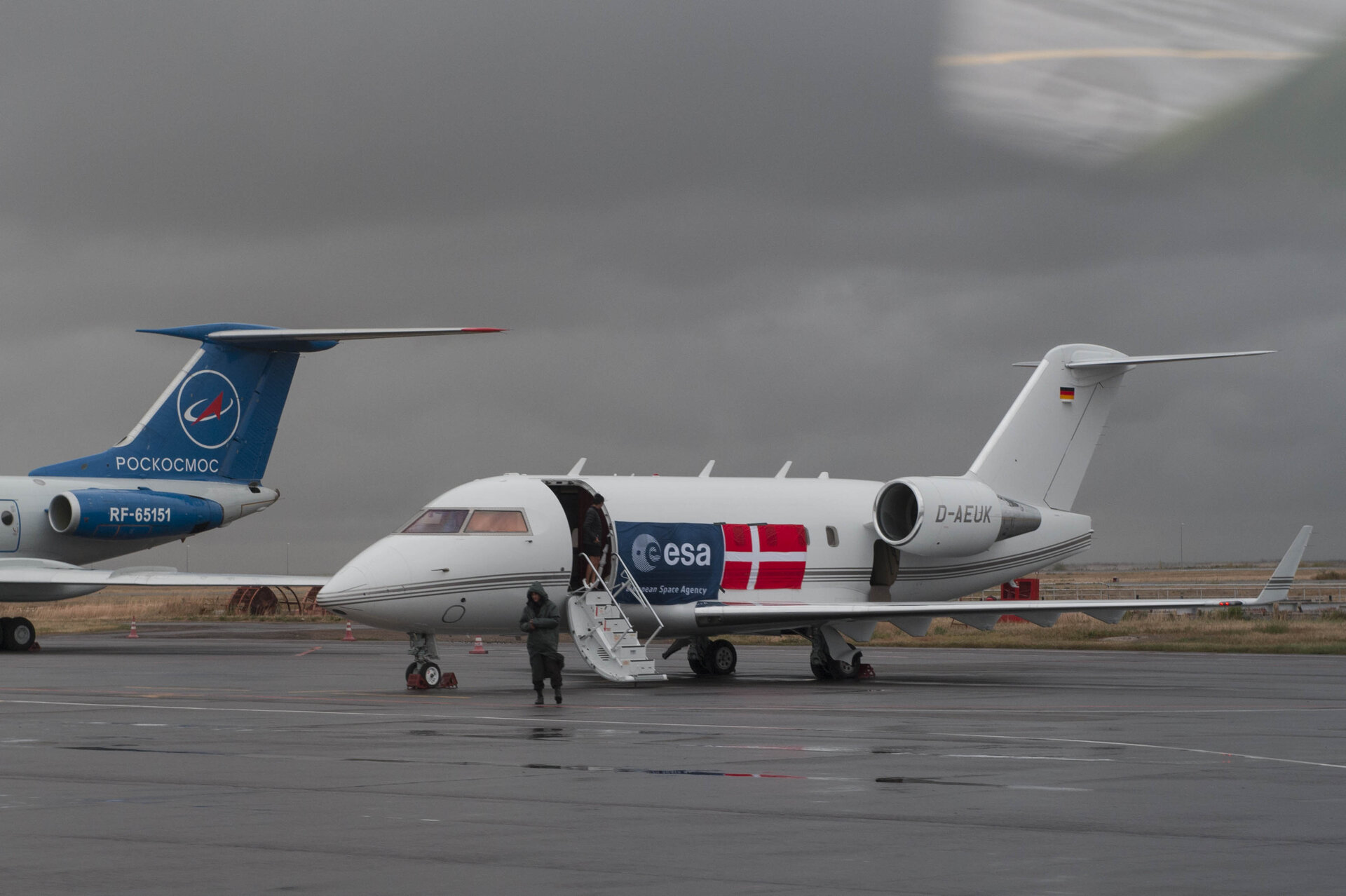 The plane ready to carry ESA astronaut Andreas Mogensen from Astana's airport in Kazakhstan to Cologne in Germany on 12 September 2015.