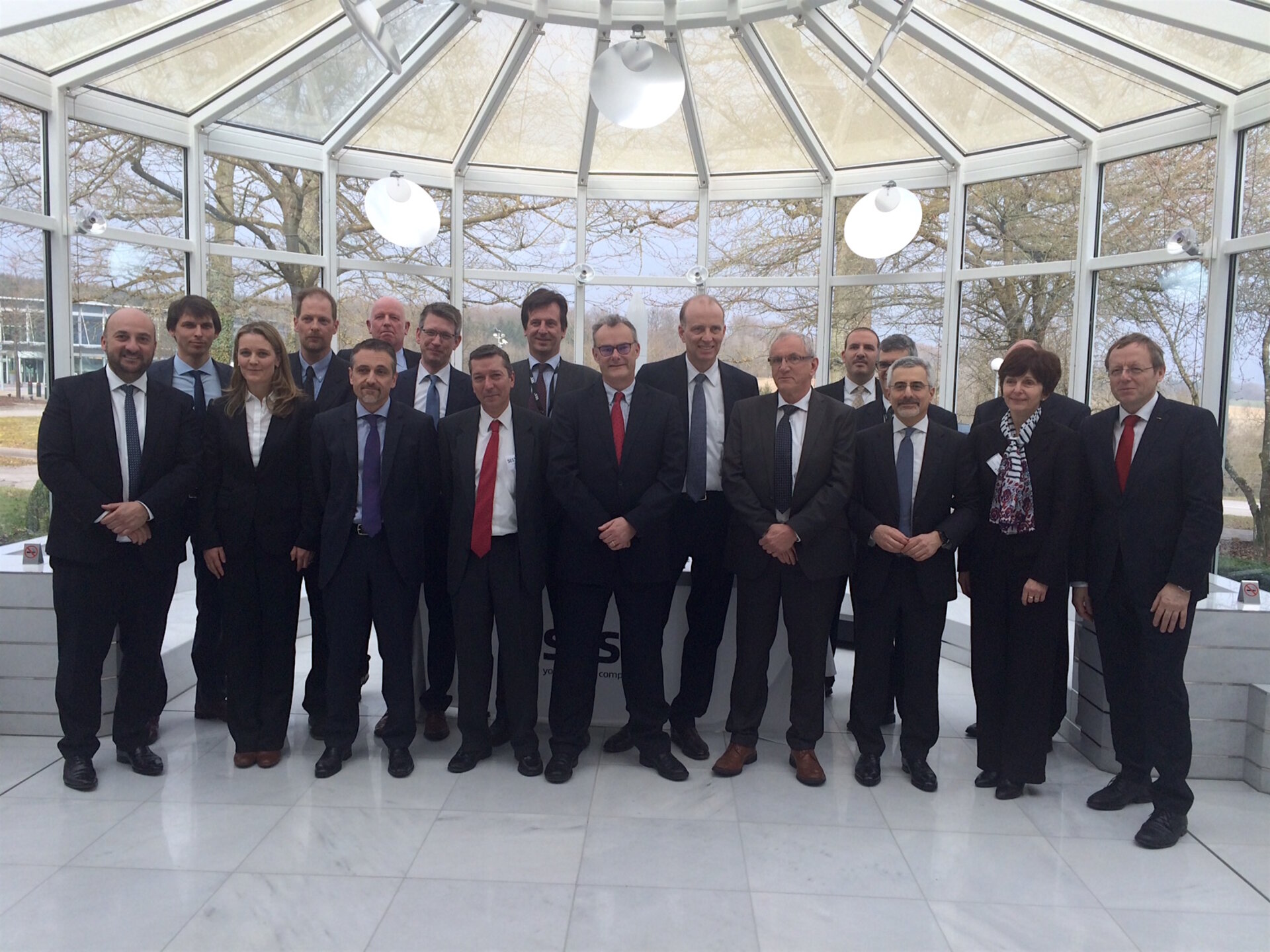 Celebrations in Luxembourg as Electra moves to design and build

The Electra contract signing was celebrated on 11 March 2016 at SES premises in Luxembourg.

Electra is a partnership between ESA and satellite operator SES to define, develop and validate in space an electric-only propulsion platform for geostationary telecommunication satellites of around 3 tonnes launch mass. Such a capacity does not yet exist in Europe.

Those present at the event were: Karim Sabbagh, President and CEO of SES; Marco Fuchs the CEO of OHB; representatives of ESA including Director General Jan Woerner, Director of Telecommunications and Integrated Applications Magali Vaissiere; Luxembourg’s Deputy Prime Minister and Minister of the Economy Etienne Schneider; and German Delegate Gerd Gruppe.