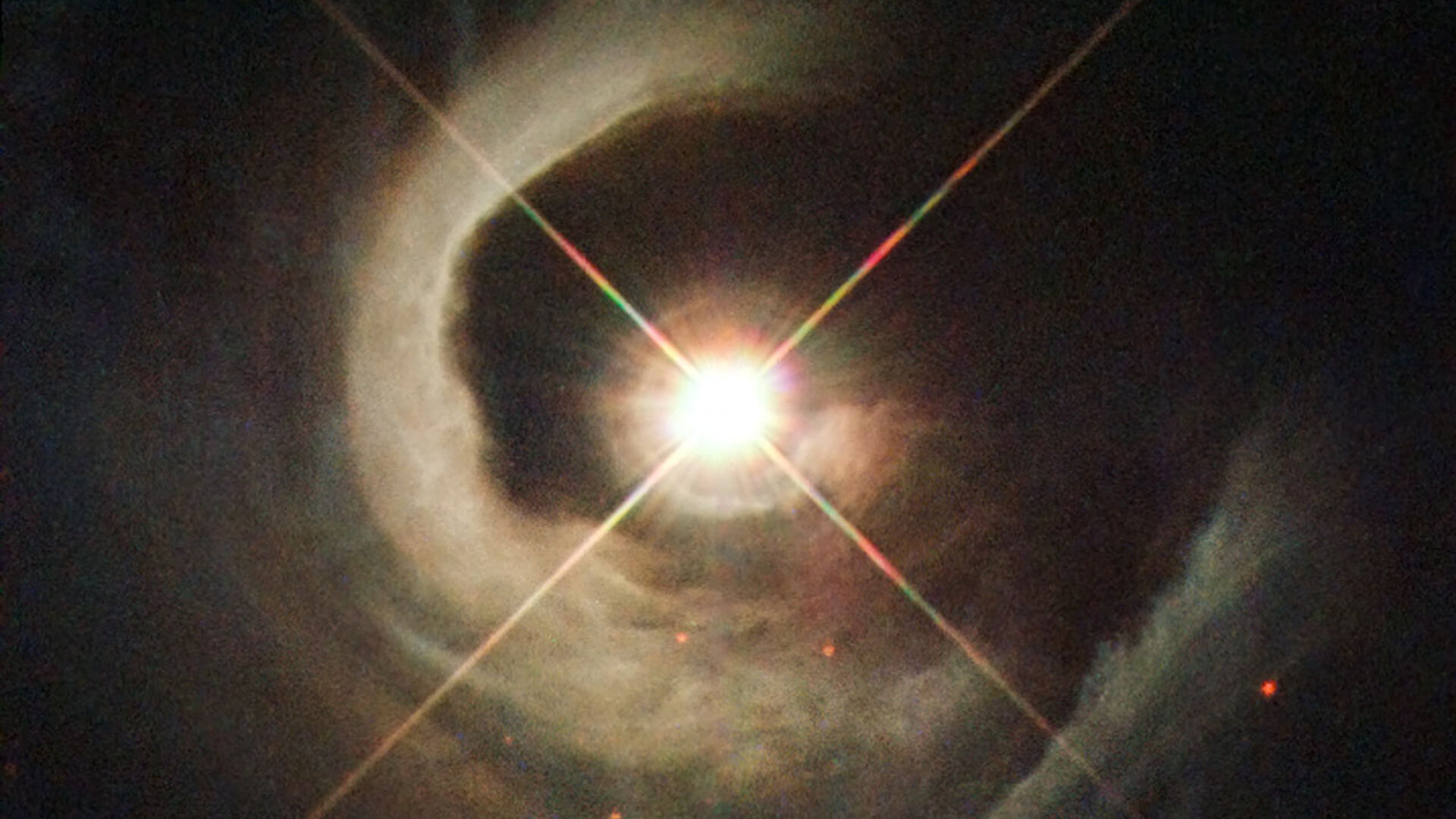 Young star offers a glimpse of the Sun’s past

It may look like a star, it may be called a star, but it does not yet generate energy like a normal star. This is because this star is still being formed.

It offers a fascinating glimpse into our own past because our Sun began its life as such a ‘T Tauri’ star some 4.6 billion years ago.

Located 1800 light-years away in the constellation Cygnus, V1331 Cyg was originally nothing but a diffuse cloud of gas in space. Slowly over time, gravity has pulled it together, but the process is not yet over. V1331 is not yet fully formed and so is still larger than it will eventually be once gravity has done its job. It is shining because of the energy being released as it shrinks.

Eventually, it will be compact enough that the temperature in its centre will ignite nuclear fusion. Hydrogen will then be transformed into helium and this will release the torrents of energy that will make V1331 Cyg shine for billions of years as a bona fide star.

The swathes of dust that surround the star are the remnants of the cloud from which it condensed. Often, this circumstellar disc obscures our view of the young stellar object but, by chance, we happen be looking down on the rotational pole of the star, so it appears as a dazzling ‘searchlight’ beam.

This circumstellar disc is the site where planets may be forming, and in the case of V1331 Cyg time is running out. A T Tauri star produces a strong ‘wind’ of atomic particles that dissipates the disc, bringing planet formation to an end.

The image was taken by the NASA/ESA Hubble Space Telescope and is a combination of three exposures taken at different wavelengths. These almost correspond to human eyesight: blue, green and, instead of red light that our eyes would see, Hubble used near-infrared.