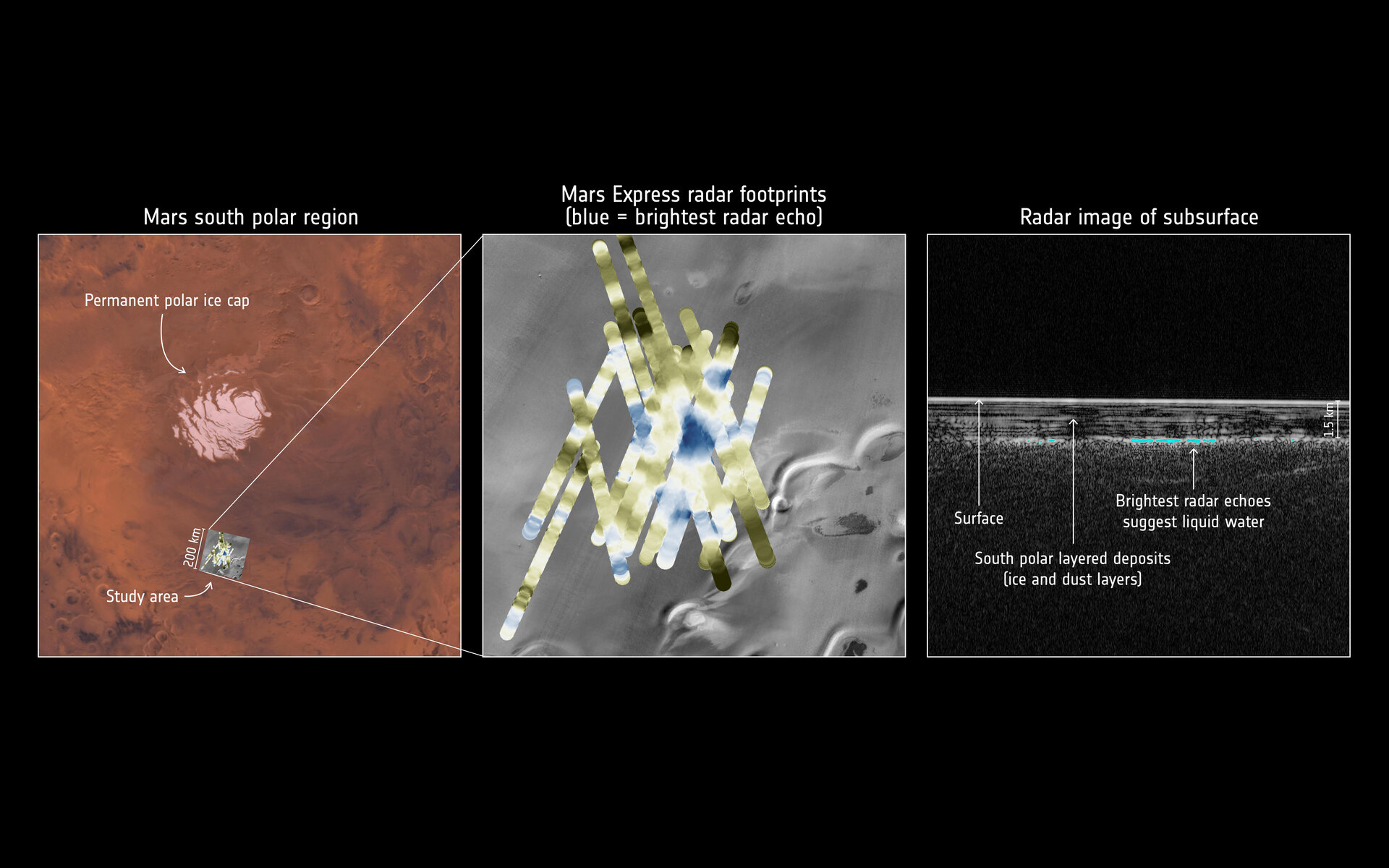 ESA’s Mars Express has used radar signals bounced through underground layers of ice to find evidence of a pond of water buried below the south polar cap.

Twenty-nine dedicated observations were made between 2012 and 2015 in the Planum Australe region at the south pole using the Mars Advanced Radar for Subsurface and Ionosphere Sounding instrument, MARSIS. A new mode of operations established in this period enabled a higher quality of data to be retrieved than earlier in the mission.

The 200 km square study area is indicated in the left-hand image and the radar footprints on the surface are indicated in the middle image for multiple orbits. The greyscale background image is a Thermal Emission Imaging System image from NASA’s Mars Odyssey, and highlights the underlying topography: a mostly featureless plain with icy scarps in the lower right (south is up).

The footprints are colour-coded corresponding to the ‘power’ of the radar signal reflected from features below the surface. The large blue area close to the centre corresponds to the main  radar-bright area, detected on many overlapping orbits of the spacecraft.

A subsurface radar profile is shown in the right hand panel for one of the Mars orbits. The bright horizontal feature at the top represents the icy surface of Mars in this region. The south polar layered deposits – layers of ice and dust – are seen to a depth of about 1.5 km. Below is a base layer that in some areas is even much brighter than the surface reflections, highlighted in blue, while in other places is rather diffuse. Analysing the details of the reflected signals from the base layer yields properties that correspond to liquid water.

The brightest reflections are centred around 193°E/81°S in the intersecting orbits, outlining a well-defined, 20 km-wide zone.