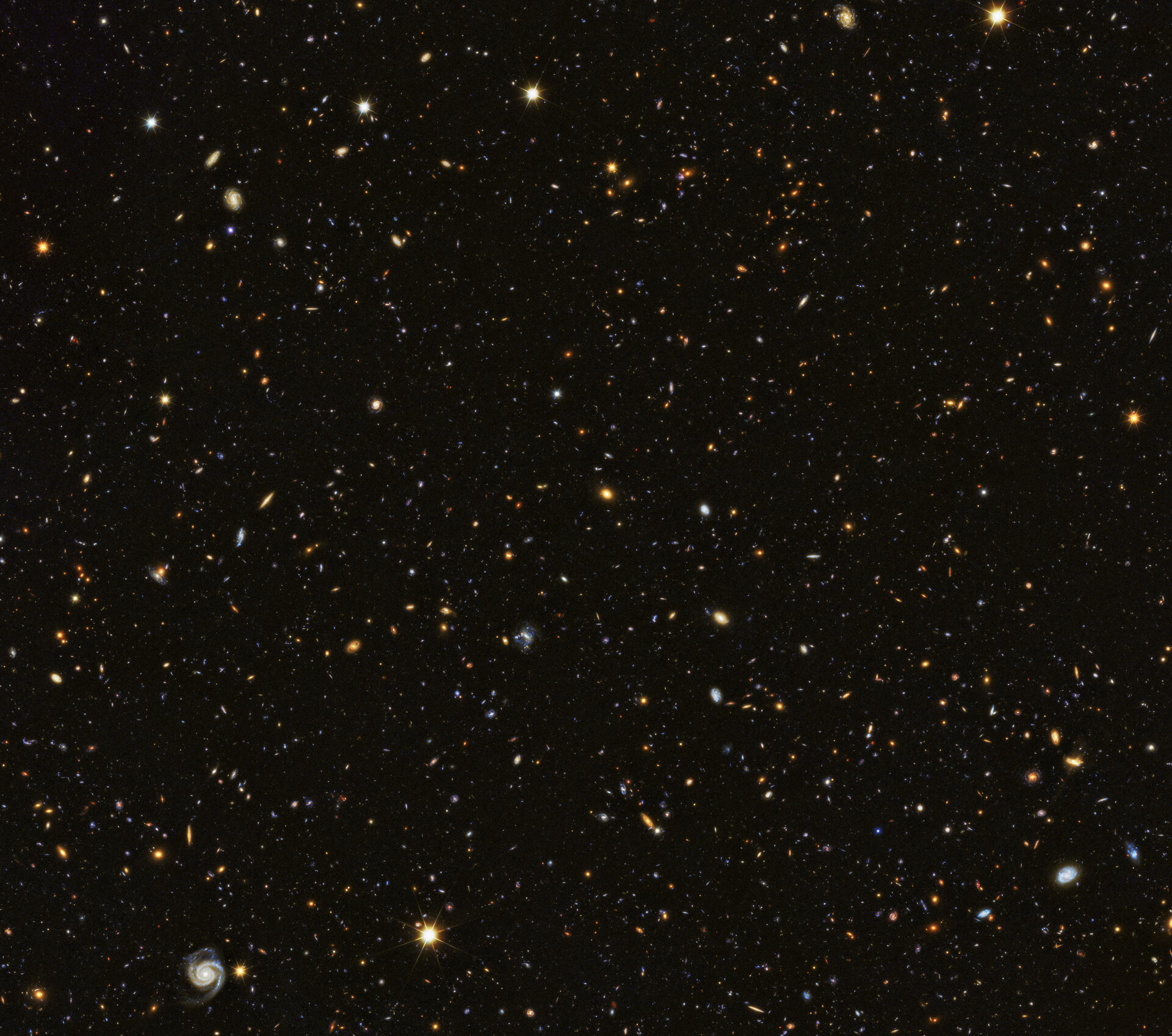 Hubble contributes to painting a picture of the evolving Universe

The Hubble Deep Field from 1995 allowed astronomers a first glimpse into the early Universe. This first picture was followed later by an even deeper observation, the Hubble Ultra Deep Field in 2004. Both images were observed in visible light, the same form of light human eyes can see. But astronomers are also interested in the many forms of invisible light out in the Universe. Therefore, the Ultra Deep Field was later observed in the infrared and the ultraviolet as well, allowing scientists to learn even more about the Universe and to look back even further into its history.

It is less known that the famous deep field observations were not the only images the NASA/ESA Hubble Space Telescope took of the distant Universe. Hubble is also an essential part of the GOODS (The Great Observatories Origins Deep Survey) programme, which unites extremely deep observations from several space telescopes: NASA’s Spitzer and Chandra; ESA's Herschel and XMM-Newton; and Hubble.

Together these observatories observe two patches of the sky, the GOODS North and the GOODS South fields, with the aim of studying it in as many different wavelengths as possible. The new image here shows part of the GOODS North Field; it includes new Hubble data at ultraviolet wavelengths in addition to the existing data. Because Earth’s atmosphere filters out most ultraviolet light, these observations can only be accomplished from space.