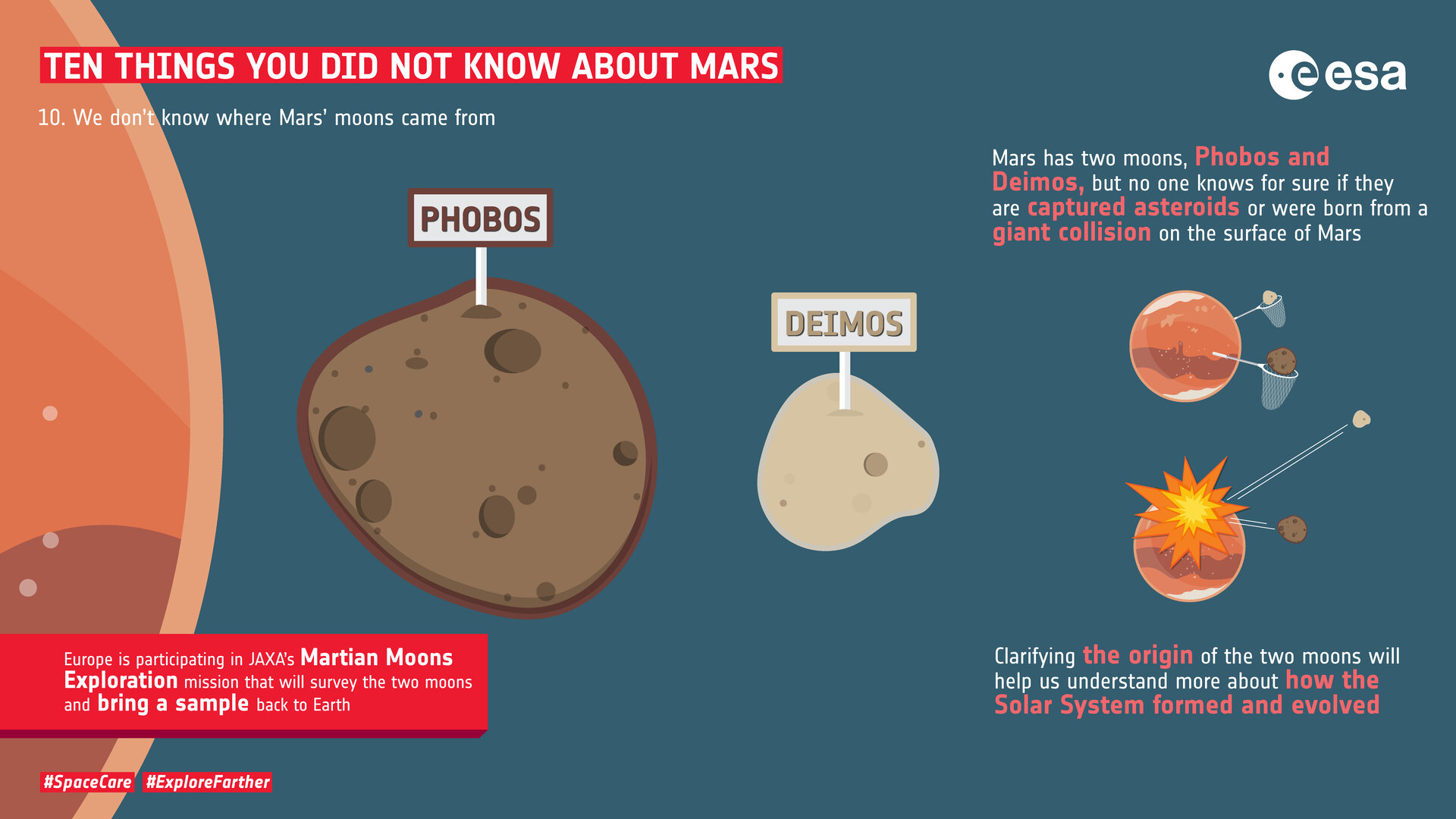 Ten things you did not know about Mars: 10. Moons

Mars has two moons, Phobos and Deimos, but no one can say for sure where they came from. Two leading theories propose that they are either asteroids captured into Mars orbit, or were born from the debris thrown out from a giant impact on the surface of Mars. The Japanese Aerospace Exploration Agency, JAXA, is planning a mission to survey the two moons, and return a sample from one of them. Europe is also participating to the Martian Moons Exploration mission. Clarifying the origin of the two moons will help us understand more about how the Solar System formed and evolved.