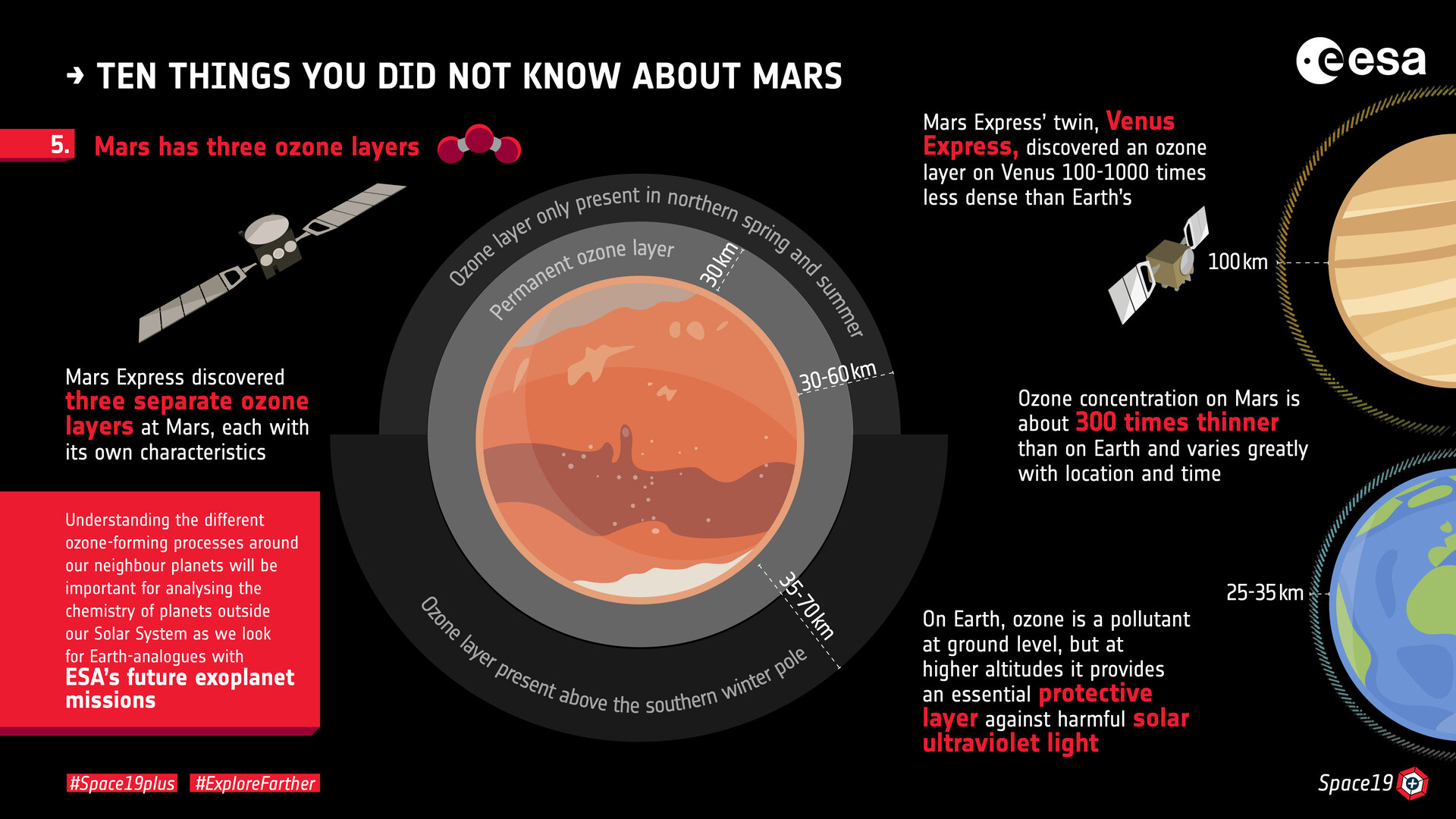 Ten things you did not know about Mars: 5. Ozone

Just like Earth has an ozone layer, so do Venus and Mars. In fact, Mars has three distinct layers, although they are much weaker than the one on Earth and vary greatly in location and with time.

Ozone, a molecule containing three oxygen atoms – is a pollutant at ground level on Earth (it is the main ingredient of urban smog) but at higher altitudes it provides an essential protective layer against harmful solar ultraviolet light, which is why the ozone hole is so concerning. Plant life today plays a critical role in taking in carbon dioxide and replenishing our oxygen and ozone. But ozone is also found on Venus and Mars, where it is created by non-biological means. On these planets ozone is formed when sunlight breaks up carbon dioxide molecules, releasing oxygen atoms, which can sometimes re-combine into ozone molecules. Understanding the different ozone-forming processes on different planets will be important for studying the diversity of exoplanets, in case the combination of ozone with other atmospheric constituents is relevant from a biological perspective.

ESA has a fleet of upcoming exoplanet missions – Cheops, Plato and Ariel – that will each tackle a different aspect of exoplanet science. In particular, Ariel, the Atmospheric Remote-Sensing Infrared Exoplanet Large-survey mission, will perform a chemical census of a large and diverse sample of exoplanets by analysing their atmospheres in great detail.