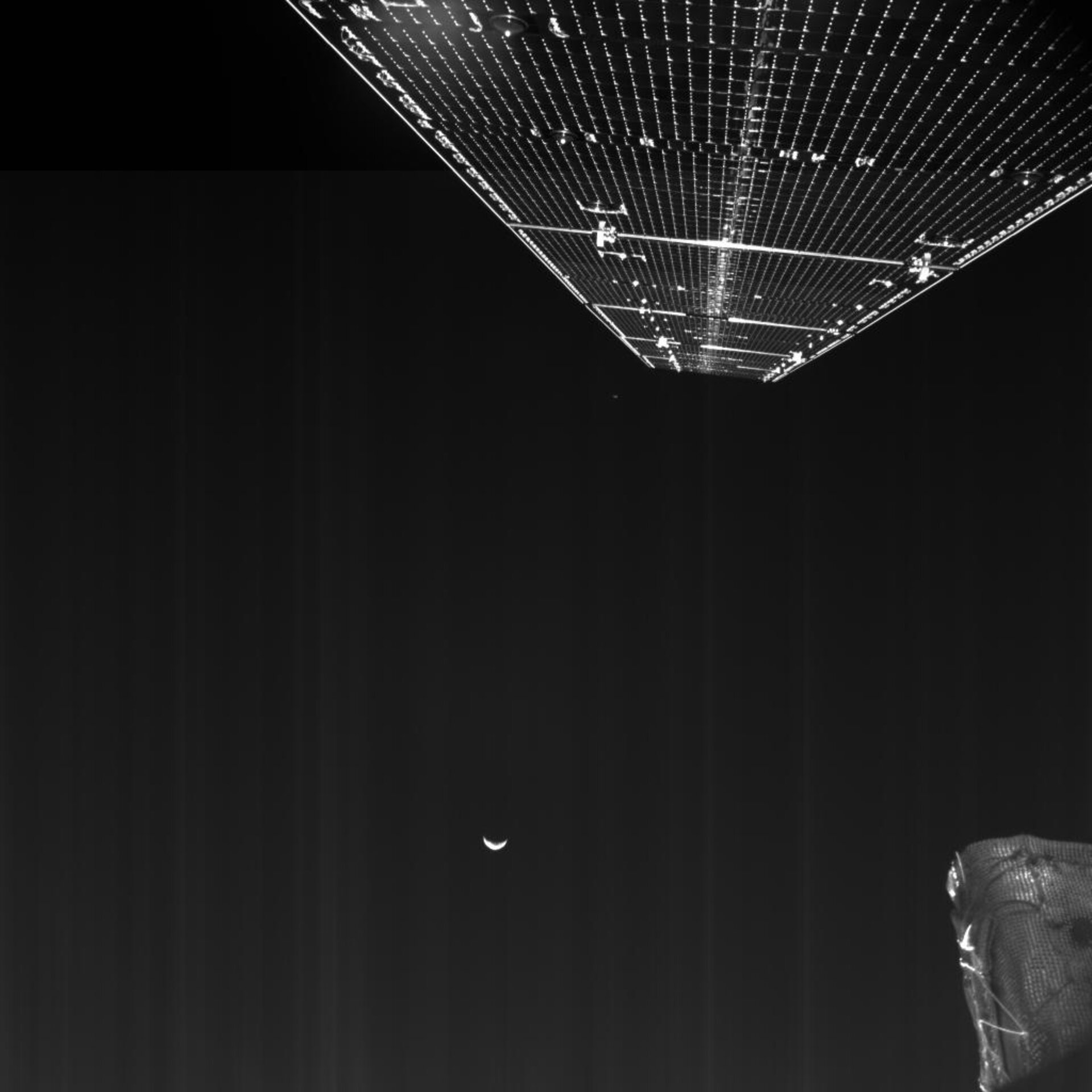 BepiColombo’s final glimpses of Earth and the Moon after flyby

A view of Earth and the Moon, captured by one of the MCAM selfie cameras on board of the European-Japanese Mercury mission BepiColombo, as the spacecraft moved away from our planet after the gravity-assist flyby performed in the early hours of 10 April 2020.

The image shows Earth as a receding crescent against the darkness of space and the Moon as a tiny speck of light, slightly above and to the left of the end of the array. It was captured at 09:13 UTC on 11 April, around 462 700 km from Earth’s surface, by one of the MCAM selfie cameras mounted on the Mercury Transfer Module (MTM), one of the three components of the BepiColombo mission. One of the solar arrays is visible on the right side of the images, and the structure in the bottom corner is one of the sun sensor units on the MTM, covered in multi-layered insulation.