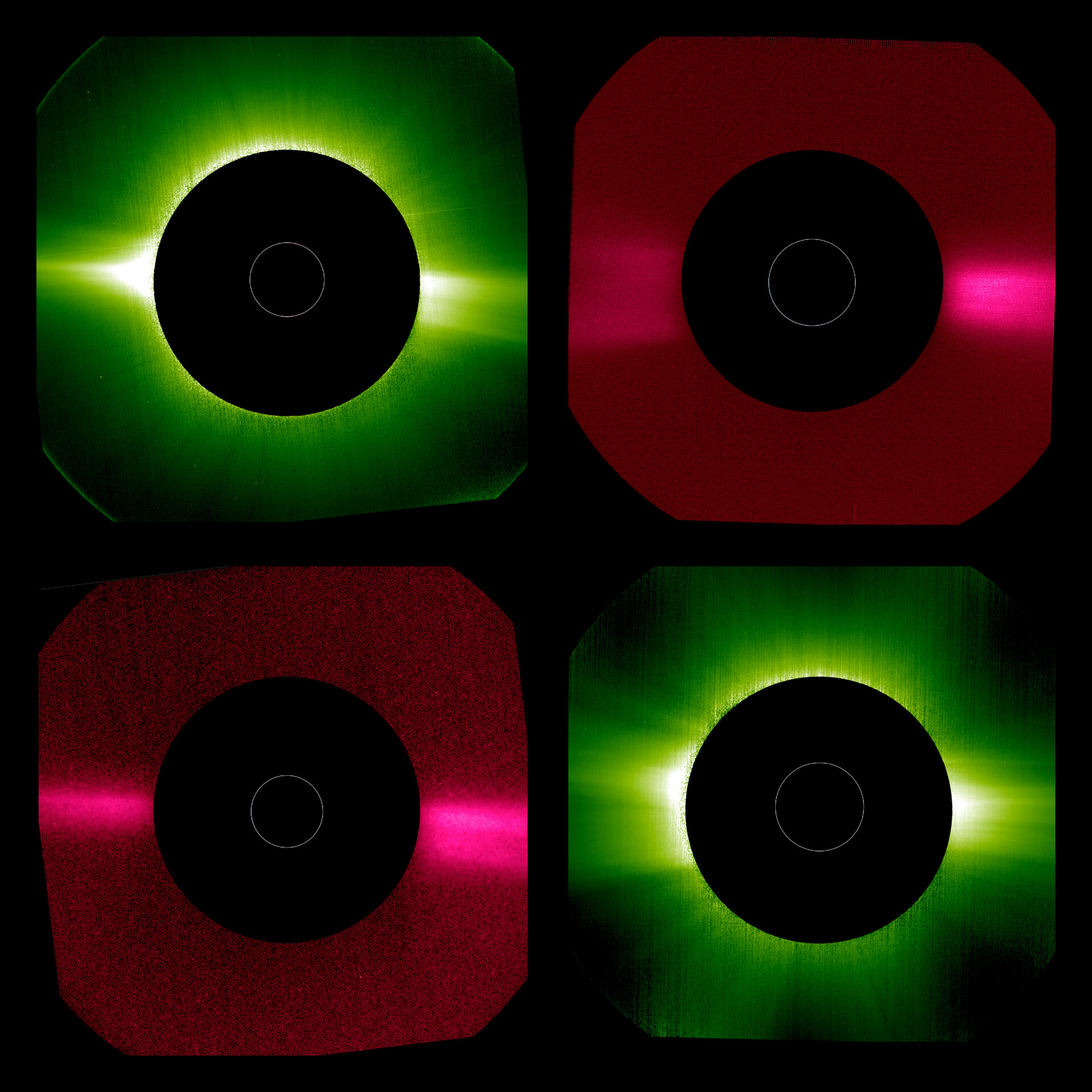 The Metis coronagraph on ESA’s Solar Orbiter scored a couple of ‘world firsts’ with its first light image. Metis is a coronagraph, which blocks out the dazzling light from the solar surface, allowing the fainter outer atmosphere of the Sun, the corona, to be seen. Its first light images, taken on 15 May 2020, and displayed here in the left hand column, are the first simultaneous images of the corona taken in both visible light (580-640 nm) and ultraviolet light (UV, 121.6 nm).

The visible light image (shown in green) clearly shows the two bright equatorial streamers and fainter polar regions, which are characteristic of the solar corona during times of minimal magnetic activity. The ultraviolet image (shown in red) records emission from neutral hydrogen atoms in the corona. This is the first UV image of the extended solar corona ever obtained. When Metis took these images, Solar Orbiter was at a distance of 0.6 astronomical units (AU; one AU is equivalent to the average distance from Earth to the Sun, about 150 million kilometres) from the Sun and the instrument field-of-view covered heights from 3.8 to 7.0 times the solar radius from the Sun’s centre.

Metis also captured simultaneously visible and UV images on 21 June 2020, soon after Solar Orbiter’s first perihelion (approaching the Sun from 0.52 AU on 15 June). These are shown in the right-hand column. The instrument field-of-view covers heights from 3.2 to 5.8 times the solar radius from the Sun’s centre. Already at this distance, the spatial resolution of these images is comparable or better than any coronagraph on ground or in space. Better resolution in visible light can only be achieved during the few minutes of the natural total eclipse of the Sun, while the UV images have no match. During its nominal mission, Solar Orbiter will venture much closer to the Sun (up to 0.28 AU), providing even more detailed images.