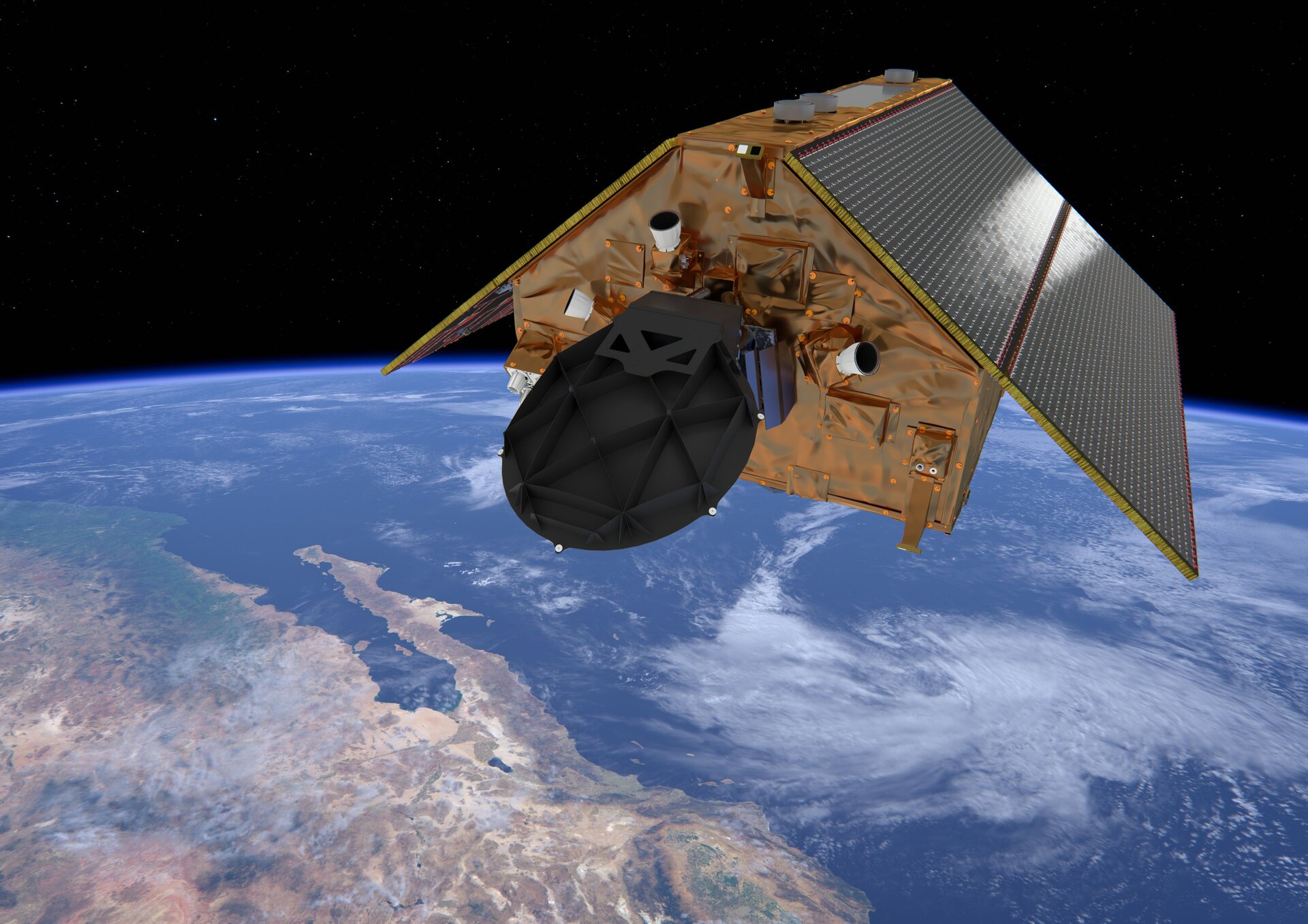 Copernicus Sentinel-6 builds on heritage from the French–US Jason series, ESA’s CryoSat and the Copernicus Sentinel-3 missions. Developed by ESA, the main instrument is the Poseidon-4 radar altimeter. It improves on precision and stability of the radar altimeters on the Jason series and also inherits a high-resolution synthetic aperture radar mode from CryoSat and Copernicus Sentinel-3, but with a design that allows synthetic aperture radar and low-resolution modes to be combined. An advanced microwave radiometer, provided by NASA, supports Poseidon-4. It accounts for water vapour in atmosphere, which affects the speed of the altimeter’s radar pulses.