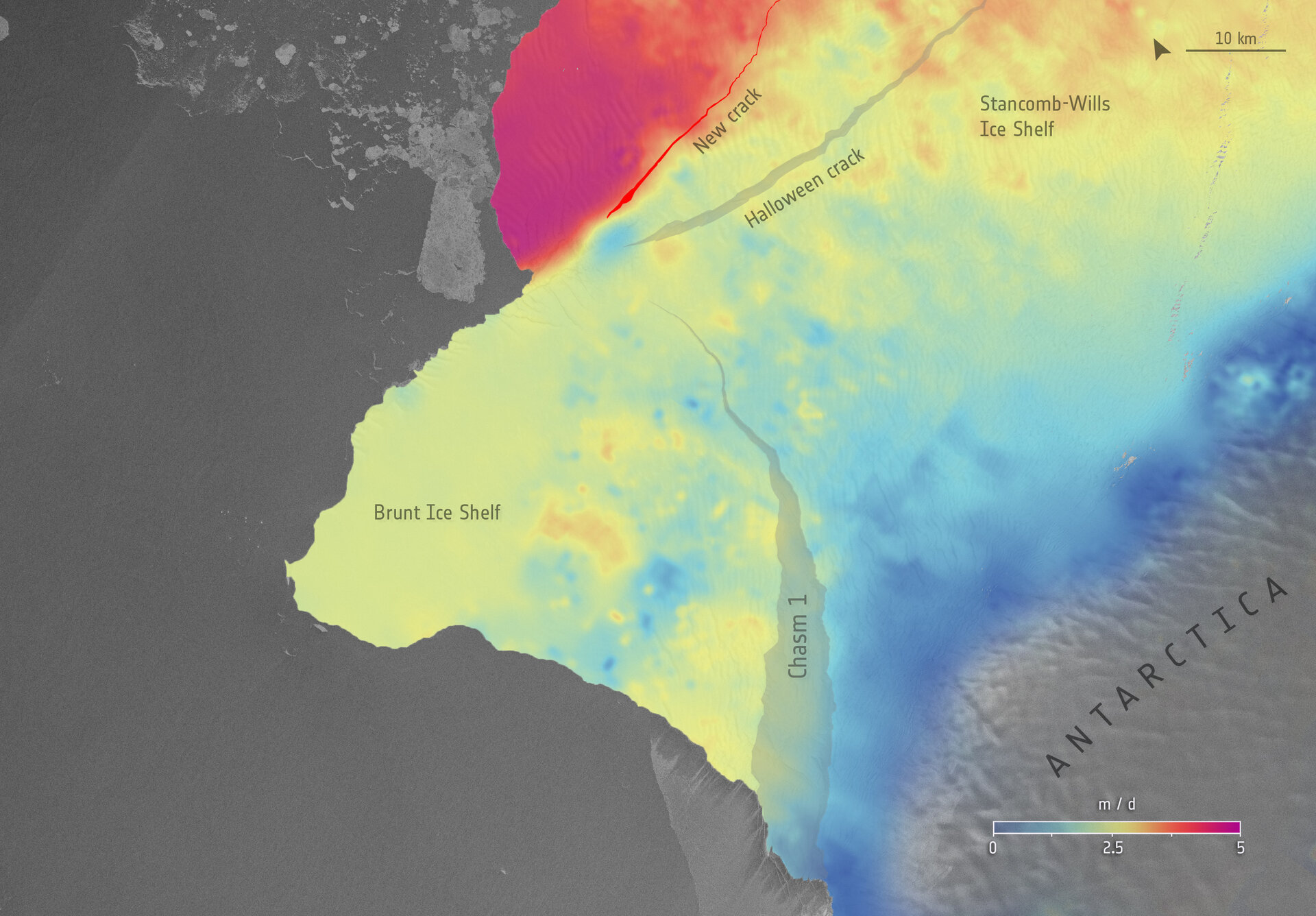 Ice velocity map of the Brunt and Stancomb-Wills Ice Shelf

Satellite data has been used to measure the surface movement of the ice shelf. The map shows the ice surface velocity on the Brunt Ice Shelf, derived by comparing two Copernicus Sentinel-1 acquisitions captured on 5 January and 17 January 2021.

The surface velocity data suggest the upper red area, northwest of the new crack, to be the most unstable, with an approximate movement of almost 5 m per day. The central portion has an average velocity ranging from 2 to 2.5 m per day, while the lower area (visible in blue) suggests a more stable zone of the ice shelf in the vicinity of the coastal grounded ice.

Read full story: Is Brunt on the brink?