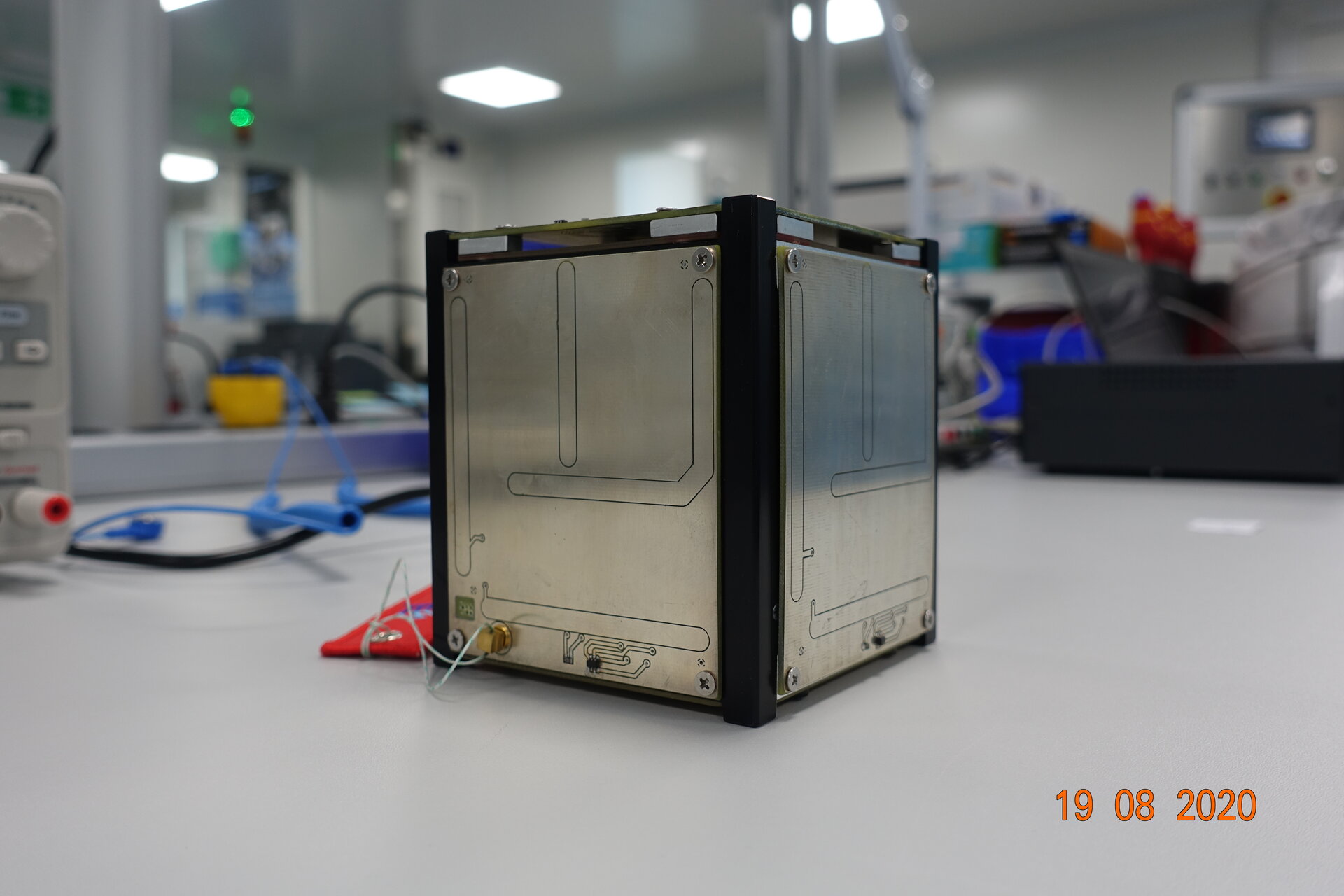 ESA Academy’s Fly Your Satellite! programme gives university students the opportunity to design, build, and eventually launch their own miniature satellites into orbit. The ISTSat-1 team from Instituto Superior Técnico in Lisbon, prides itself on the many in-house developments that will be carried on board their CubeSat – the first ever to be built by a university student team in Portugal. Mostly based at the Taguspark campus near Lisbon, the students are designing, building, and testing their own structure, on-board computer, electrical power system (including the battery pack), and even communications subsystem.

ISTSat-1’s mission is to carry out a feasibility study of the use of nanosatellites to track and characterise the transponder signals of aircraft (ADS-B) over remote areas. For this purpose, the team are also developing their own ADS-B antenna and receiver, in cooperation with local research institutes. In spacecraft engineering terms, this means that the students are taking on additional work and risk, as their in-house subsystems have not yet been used in other missions, or even extensively tested. Aiming to address this concern, teammates Afonso and Leonard were sponsored to travel to the CubeSat Support Facility (CSF) in Belgium to perform vibration tests on their satellite’s hardware.

Vibration tests are designed to shake equipment, simulating the stresses they will experience during a rocket launch. ESA and the ISTSat-1 team need to be fully confident that the custom hardware will not only survive launch, but remain fully functional. Due to the risks inherent in a vibration test, the ISTSat-1 team decided to construct an almost-exact copy of the flight model on which to perform the trial. Traditionally, this would be referred to as an engineering model, but the students decided to call it “SpareSat”!

The tests took place from 19 – 21 August 2020. SpareSat was installed in a test deployer, which is used in system-level vibration testing of CubeSats in order to closely replicate the attachment of the satellite to the launch vehicle. The spotlight was then on SpareSat, as the tests began and it endured vibration along its three main axes.

Explains Leonard, “Despite the ongoing pandemic, our team had the opportunity to participate in a vibration test campaign in ESEC-Galaxia, to ensure that the satellite will be able to handle the harsh vibration conditions during launch. This campaign, the culmination of months of preparation and work, ended with three intense days, during which we learned invaluable lessons that will, without a doubt, lead to a better satellite. Personally, as the first time participating in such a campaign, it was a new and exciting experience, giving me insight in what a career in the space sector might entail.”

In addition to being a test laboratory, the CSF is also a classroom, so throughout the week the students not only carried out vibration tests, but also learned how to do this in accordance with professional standards. Important lessons in cleanliness, contamination control, electro-static discharge protection, and much more, are integral parts of the learning experience. Increasing the challenge, COVID-19 restrictions are in place at all ESA sites. This meant that strict social distancing protocols had to be followed, requiring adaptability from the students and ESA operators.

Once the tests were complete, the results could be analysed. The test was completed successfully, producing important results for the team. The post-test inspection did flag up several areas for improvement however, related to the process of assembly and integration of the spacecraft. These ‘anomalies’ require further investigation and action from the ISTSat-1 team before their flight spacecraft is ready to go.

This test campaign was critical in highlighting the importance of environmental testing in the spacecraft development cycle, especially for subsystems built in-house. It has also allowed the team to identify and solve vital issues well in advance of the flight model’s assembly, ultimately saving them time and preventing future headaches!

“We are excited to get back to doing physical tests at ESEC Galaxia, this time with vibration tests on the TPOD assembly,” said Afonso. “These tests are crucial for the final development phase of ISTSat-1 and each test brings us a little closer to launch. I think I speak for the team when I say that this was a great learning experience, and we are thankful for the work that the ESA Education team put in to make this campaign possible and safe during these different times.”

For more information about the Fly Your Satellite! project, please visit: https://www.esa.int/Education/CubeSats_-_Fly_Your_Satellite