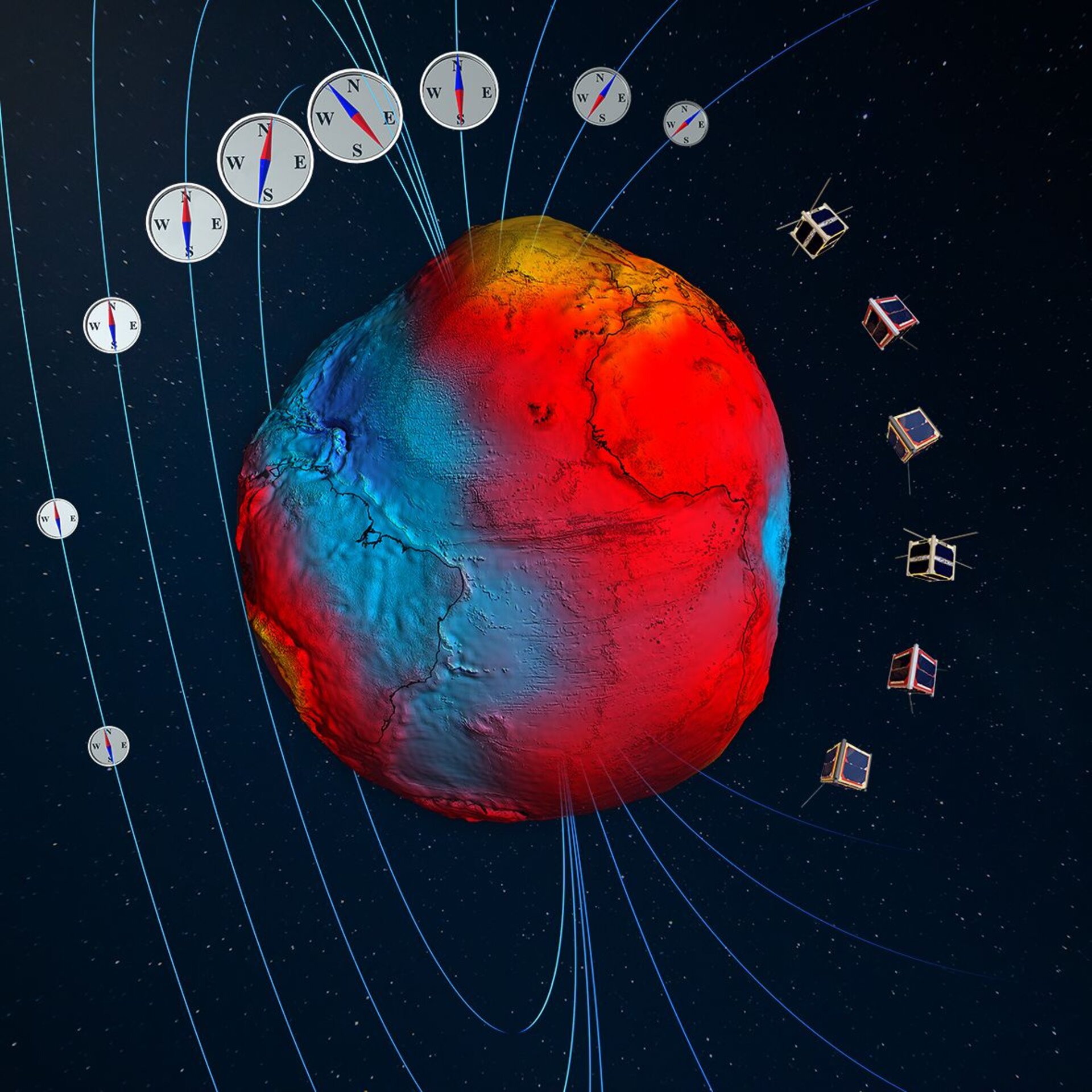 From 16 – 25 July 2019, 58 university students from 23 nations travelled to the beautiful Austrian Alps to take part in the 43rd edition of the Summer School Alpbach. Organised by the Austrian Research Promotion Agency (FFG) and ESA , this year’s theme was“Geophysics from Space Using Micro- or Nano-Satellite Constellations”. It would see the attendees working intensively to define and design a space mission under the supervision of noted scientific and engineering experts!

After settling in, the attendees were split into four teams – Blue, Orange, Red, and Green – and given their briefing. Over the 10 days, each team would develop their own mission plan to the point where, in principle, a space agency could take the concept and begin the mission assessment phase.

An opening series of lectures covered existing and planned space missions, space mission design, and the principles of instrumentation for the required observations, including in-situ measurements. These lessons provided the students with the scientific and technical background needed for designing innovative space missions, and helped each team to formulate objectives for new satellite missions to observe Earth’s magnetic and gravitational fields from space.

The next task was to define the scientific aims of their proposed space missions, before providing a preliminary end-to-end mission concept. This would include all aspects of the mission needed to meet their stated objectives. The teams were asked to consider not only instrumentation that could meet their chosen scientific requirements, but also the mission design (e.g. launch, transfer and orbit), and spacecraft design with all required subsystems; supplemented by estimated mission costs and a development schedule.

Team Green devised GRAVL: GRAvity observations by Vertical Laser ranging. The processes behind solid-Earth mass movements and ocean water redistribution caused by earthquakes are poorly understood, due to the limited capabilities of terrestrial measurement systems. A well-proven alternative is to study gravitational anomalies from space. GRAVL will develop this approach by studying mass redistribution in the upper mantle before, during, and after earthquakes. It will achieve this by measuring the vertical component of the gravity vector of low-orbiting satellites from a high orbit laser ranging platform. Previous space-based gravity missions have demonstrated detection of earthquakes with magnitudes larger than Mw 8.3. GRAVL should extend this to Mw 6.5!

Team Orange conceptualised Orpheus, a series of small satellite constellations to provide insight into the geodynamo of Earth's outer core. Orpheus will build on the dataset produced by SWARM until 2055, as well as complementing it by providing additional measurements of the ionospheric current density. This extra current and magnetic field gradient data will provide corrections for the ionospheric day-side measurements.

Team Red planned RUBIKS: Reconstruction of Undercrust Behaviour with Interconnected (K) cubesatellites. A nanosatellite mission proposal dedicated to analysing Earth’s mantle, RUBIKS will feature eight 6U CubeSats on two Cartwheel-Helix orbits. Magnetic and gravity measurements will be taken of Earth’s interior in order to gain information on the electrical conductivity and density of the mantle, with emphasis on the lower mantle. This mission will lead to a better understanding of Earth’s composition by allowing for a 3D coupled inversion process; and of the dynamics of the mantle through resolving for changes with a high temporal resolution – particularly in view of mantle plume origin and evolution with relation to plate tectonics.

All student reports and presentations as well as the Jury Evaluation in detail are available for download on the Summer School's website.

The course culminated with each team presenting their mission to the other teams, lecturers and tutors, along with the expert Alpbach Jury 2019 who awarded the following Oscars!

Team Green’s GRAVL mission was chosen to be studied further at the Post-Alpbach event to be hosted by ESA Academy in November. All 58 attendees have been invited to apply for this, and 24 will be chosen to continue the adventure!