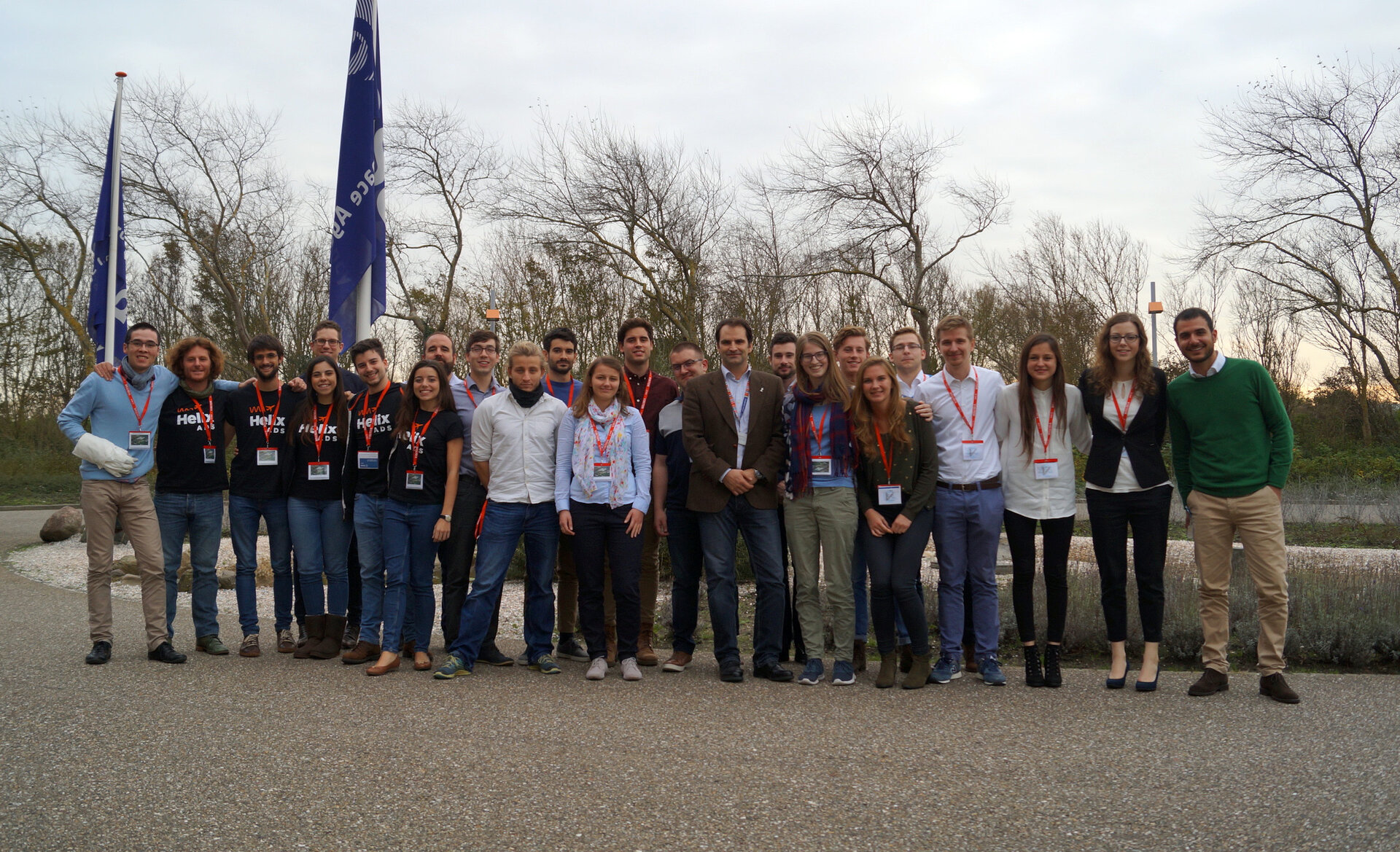 Last week 6 student teams were invited to ESA ESTEC to showcase their project ideas vying for the opportunity to participate in the parabolic flight programme for university students called Fly Your Thesis! The Board selected two teams to fly next year.

In April 2017, ESA Education released a call to the student community announcing the opportunity to compete for a chance to fly on Novespace’s A310 which provides a total of 30 minutes of micro-gravity in bouts of 20 seconds. In September, a shortlist of the top 6 teams was made by ESA Education based on several criteria. These teams were then invited to a decisive Selection Workshop at ESTEC last week. The workshop itself lasted two days, with the first day primarily dedicated to presentations from ESA, Novespace and the European Low Gravity Research Association. The participants were also treated to seeing Bepi-Colombo in ESA’s Test Centre during an exclusive tour of the site.

The second day of the workshop was entirely dedicated to the student presentations. Within 50 minutes, each team had to convince the Selection Board (ESA Education, ESA Human and Robotic Exploration Directorate, ELGRA and Novespace) that their experiment was safe, feasible, scientifically relevant, making good use of the microgravity platform and was beneficial to the students’ academic advancement.

A team from the Polytecnic University of Catalunya in Spain called Helix ADS, wanted to examine the dynamics of a cubesat helical antenna during various deployment phases. Another team, from Erasmus Medical Centre in Rotterdam in the Netherlands called G-STANDING, presented their experiment idea to dissect the role of gravity vertical cues versus gravitational load on human standing posture. A third team called MASTER from Wroclaw University in Poland, explained to the Selection Board their idea for investigating adhesion forces between liquid droplets and plant roots in aeroponics systems which could be used to grow plants during deep space missions. PVT-GAMERS, a team from Luleå University in Sweden, showcased their idea for accurately gauging levels of xenon propellant in electric propulsion tanks. GADGET was the name of the team from Technical University of Braunschweig in Germany wishing to test their gecko-feet like material in microgravity to test its ability to capture non co-operative objects. Finally, the Project X-1 team from École Polytechnique in France wanted to test their novel 3D-printed EVA suit to assess mobility in real-life microgravity environment.

After deliberating and discussing how the students presented and managed to address the questions posed to them, the Selection Board selected PVT-GAMERS and G-STANDING to participate in the Fly Your Thesis! 2018 campaign. The teams will attend a training workshop in ESA/ESEC in Belgium in January 2018 where they will be taught project management, systems engineering principles, communication and outreach skills and get to spend crucial hours with Novespace engineers and experts in the field of microgravity research. After this initial training, the teams will be closely followed by ESA Education and Novepsace to ensure that by the end of the campaign in Autumn 2018, the students will have high quality data fit for their thesis!