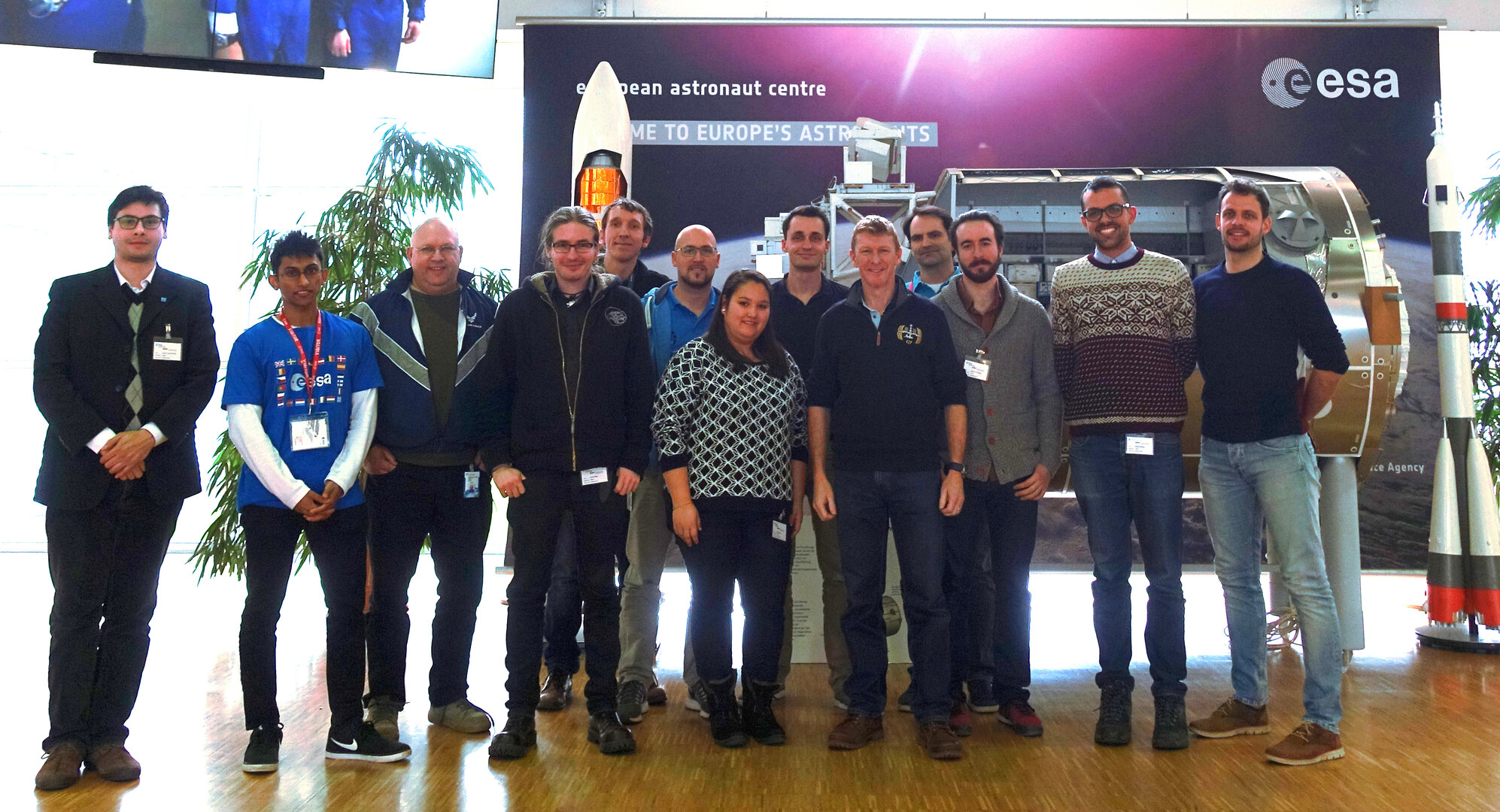 Three teams have been selected to take part in the first iteration of the Spin Your Thesis! Human Edition programme. The new programme, primarily focused on human physiology research, is due to take place in DLR’s envihab Short Arm Human Centrifuge facility in Cologne in Germany, late June.

This facility was developed with the primary aim to research how centrifugation of humans could mitigate the risks of long-term exposure to microgravity. Whilst exercising for 2 to 2.5 hours a day on the International Space Station does reverse many negative effects such as bone and muscle mass loss, many other adverse effects remain.

The teams were selected from a number of applications received earlier this year and recently took part in a dedicated workshop in Cologne. During this workshop, the teams visited the facilities and met the DLR and ESA staff involved in the programme. The teams presented their experiments to each other, common protocols and strategies were developed. Indeed, each team will perform their experiment on the same 10 subjects and therefore close coordination is necessary between the students. Tours of DLR and ESA were also given so that students could appreciate how their research fits in the bigger picture. Last but not least, the teams had the chance to meet ESA Astronaut Tim Peake who wished them good luck in their projects.

One team, ‘Spin Drs’ a collaboration between students from Simon Fraser University in Canada and Medical University of Graz, in Austria will be investigating the skeletal muscle pump baroreflex and in particular the effect of exercise on blood pressure control pre- and post- centrifugation. Blood pressure regulation and in particular orthostatic pressure is a problem that many astronauts encounter upon return to Earth and can lead to episodes of light-headedness and even fainting once back on Earth.  This loss of blood pressure control due to exposure to microgravity has serious implications for interplanetary human exploration missions and the team hopes to find solutions in a centrifugation and exercise protocol.

Another team, ‘Music for Space Team’ from the Hungarian Academy of Sciences and the University of Strasbourg, will investigate the effects of music on subjects exposed to confined, stressful situations. It is well established that listening to music triggers a plethora of responses in the brain which influence our behaviour and mood. This team want to investigate whether effects of scientifically selected music pieces can reduce stress by testing subjects’ hormonal levels, muscle tone and skin conductivity pre- and post- centrifugation with or without music. Findings of these types of study will further our understanding of how to establish an enjoyable atmosphere for future crews who will spend more and more time away from Earth.

The third team selected ‘SpinKings’ is from King’s College London and they will measure the intervertebral spaces of the subjects pre- and post- centrifugation. In the absence of gravity, the spine no longer experiences the rhythmical elongation and compression it usually encounters on Earth as we sleep and wake respectively. Instead, the intervertebral spaces remain uncompressed and this not only causes the astronauts to grow in the order of a few centimeters during a mission but they also often report severe lower back pain. Utilising short arm human centrifugation and at the same time performing high intensity exercises during spaceflight would likely help mitigate this pain and restore a pattern of compression that mimics presence on Earth thus eliminating the back pain experienced in space flight.

DLR and ESA Education will follow the teams closely in the coming months as the teams prepare for the campaign which will occur between 21st and 29th June this year.