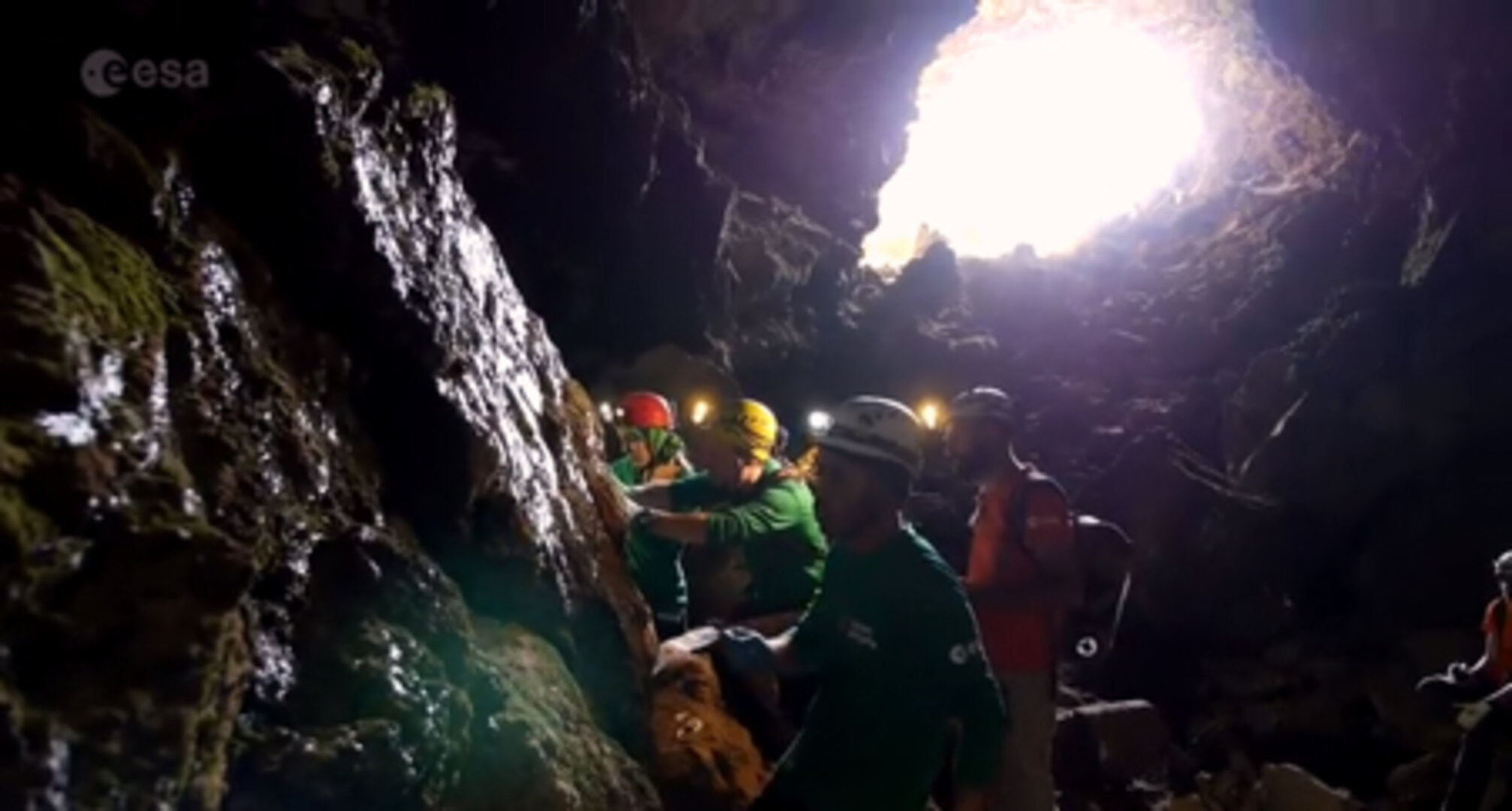 Pangaea-X is a test exercise that brings together geology, high-tech survey equipment and space exploration in environments similar to those found on other planets. Astronauts, scientists, operations experts and instrumentation engineers work side-by-side to advance European know-how of integrated human and robotics mission operations.

An extension of ESA’s Pangaea geology training, the test campaign involves performing scientific investigations in extreme environments on Earth. The crew work with the latest technologies in instrumentation, navigation, remote sensing, 3D imaging and geoscience equipment, as well as testing operational concepts for surface missions where astronauts and robots work together.

Pangaea-X participants explore the barren and dry landscape of Lanzarote in the Canary Islands, Spain, to prepare for the day when we set foot on other worlds. Known as the island of a thousand volcanoes, Lanzarote was chosen because of its geological similarity with Mars, such as a volcanic origin, mild sedimentary processes owing to a dry climate, hardly any vegetation and a well-preserved landscape.