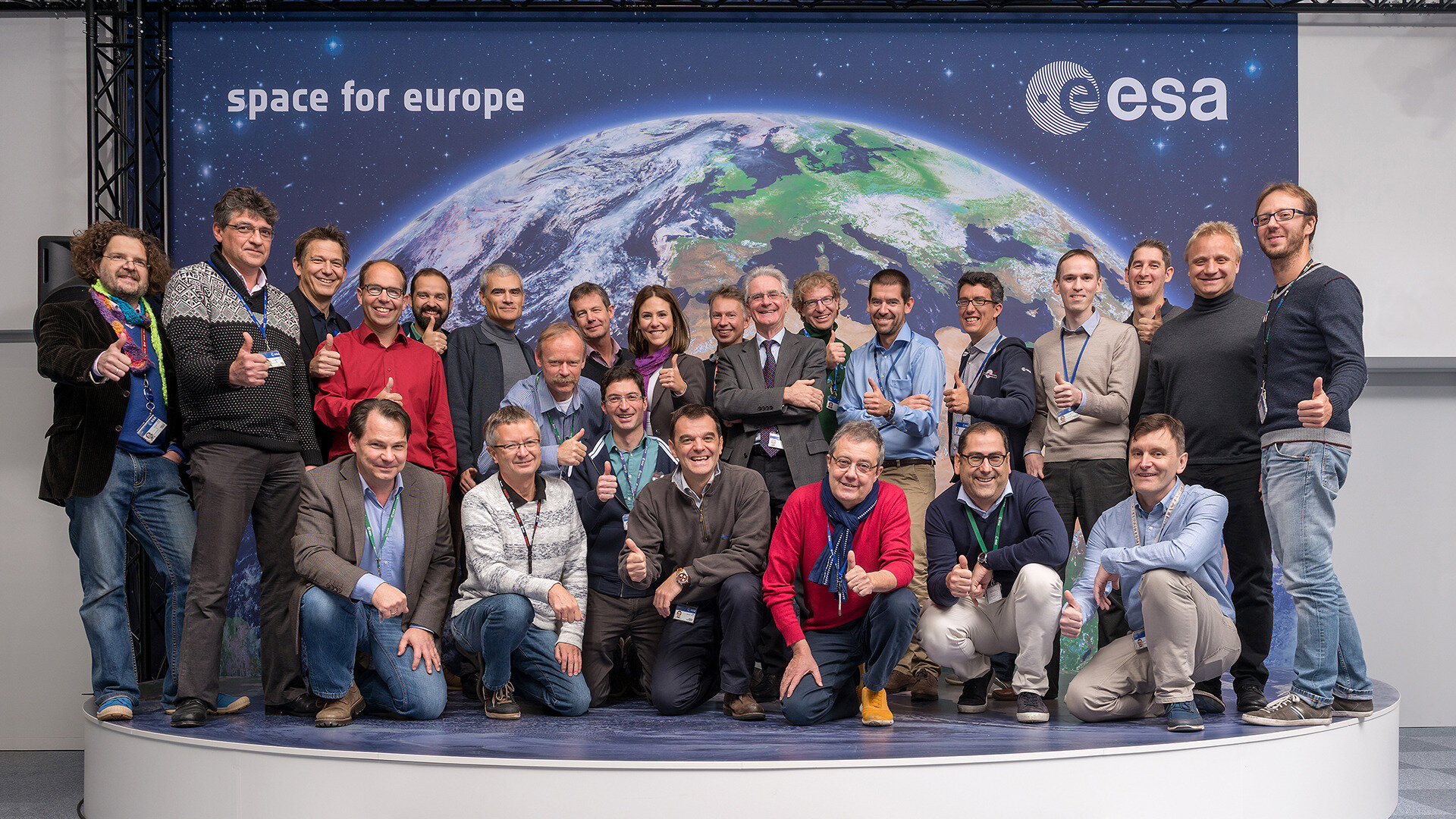 They have a passion for space and are some of the best engineers anywhere, conducting flight operations for exploration, technology and Earth missions worth billions of euros. Above all, ESA’s flight directors and spacecraft operations managers are team leaders, working to motivate people and manage complex systems on the cutting edge of exploration.

The launch and operation of any ESA mission requires a multidisciplinary ‘team of teams’ working across the agency and supported by industry and academia. However, it is the spacecraft operations manager, the ubiquitous ‘SOM’, who is immediately responsible for day-to-day flight activities, planning and execution, and for solving the myriad problems that inevitably arise when complex satellites voyage into space.

ESA operates a growing number of missions from ESOC, the European Space Operations Centre, Darmstadt, Germany, while the Proba-series of missions are controlled from Redu Centre, Belgium.

An SOM is assigned to each current and upcoming ESA mission, and his/her first task is to build the Flight Control Team, comprising spacecraft engineers and technicians who specialise in each of the mission’s technical areas, including attitude and orbit control, power and thermal and onboard computer systems.

The Flight Control Teams are supported by experts working in areas such as flight dynamics, software and ground tracking stations.

Teams are multidisciplinary and multicultural, and provide oversight for their missions 24 hours per day, 365 days per year.

"In space, teamwork is crucial to success. The stakes are high, missions can be valued in the billions of euro and the scientific data may be literally irreplaceable. The spacecraft operations manager builds a team and assumes responsibility – and when problems happen, time is critical and solutions unobvious, it's the SOM and his or her team who take the lead," says Paolo Ferri, Head of Mission Operations at ESOC. 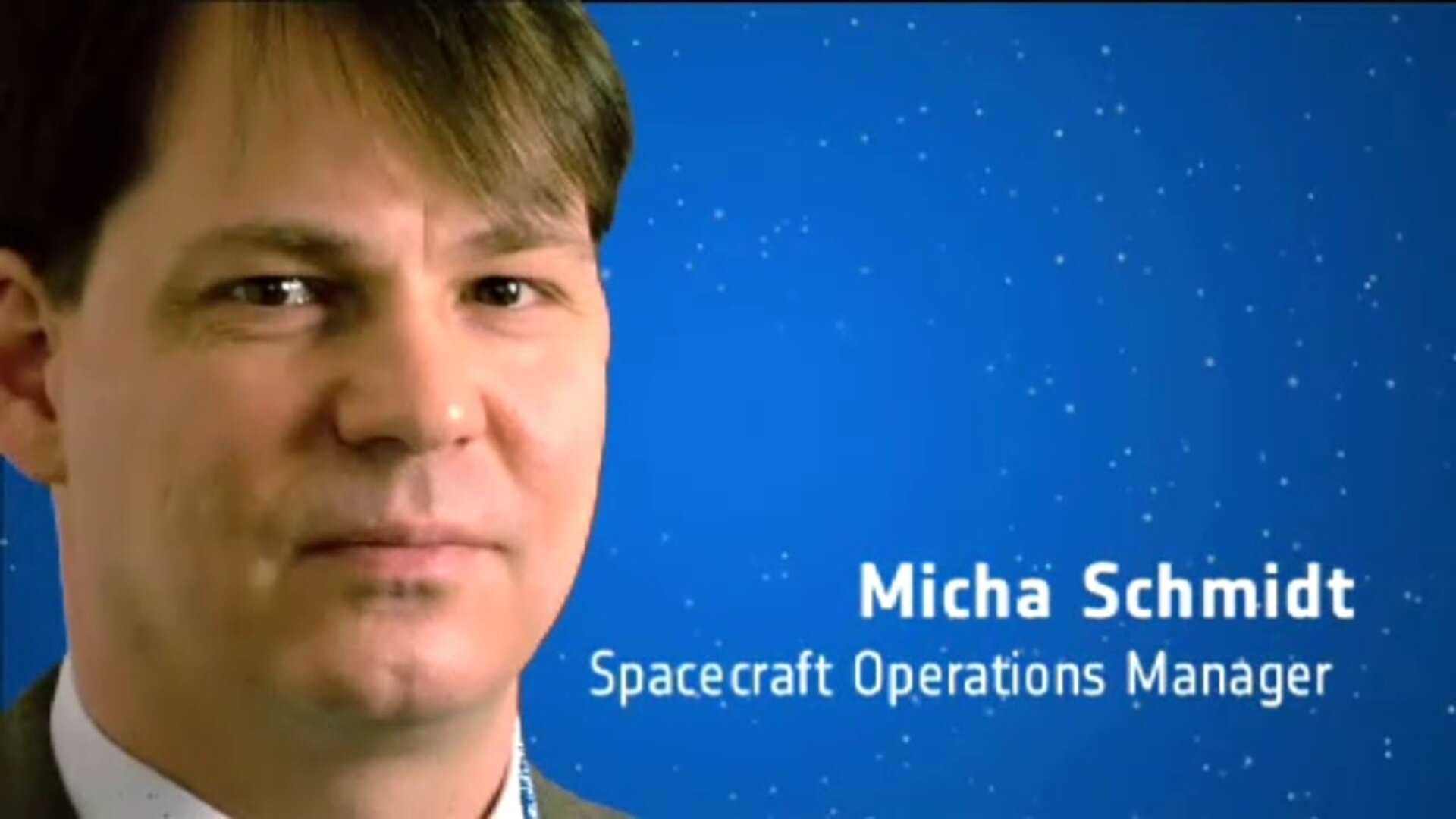 In 2006, Alan Smith retired from ESA as a senior flight director after 30 years at ESOC and 41 years in the space business. In an interview that year, he described what it takes to be a great SOM: "You've got to have good people skills, and be able to lead a team. You've got to motivate your team of perhaps six or eight engineers and that can be a challenge when a mission gets routine. And all missions experience problems that you just don't hear about – but they get solved."

Smith added, "Someone has to take responsibility and make a decision, and that's the SOM."

Here are short profiles of several of the SOMs now working at ESA.

David Milliagan is SOM for Gaia, now surveying a billion stars to create the most precise 3D map of the Milky Way ever compiled and answer questions on its origin and evolution.

Originally from the UK, David arrived at ESOC in 2000 having just finished a PhD project in electrical propulsion at the University of Southampton. This allowed him to put theory into practice as part of the Smart-1 Moon mission. Later, his first SOM role was for ERS-2, which he oversaw for the final few of its ultimately 16-year mission.

“It was a fantastic way to learn,” he says. “Everything was already established but there was still much to organise and update. As a young SOM, that was a challenge, but I learned a lot during this time.”

David is interested in both the operation of spacecraft and the science connected to the mission.

“I studied astronomy as well as engineering, so I’m very interested in exploring our Galaxy and in the science involved in exploration.”

David’s enthusiasm for his current mission shows in his leadership. “What I look for in a team member, as well as the trust, respect and technical ability every mission requires, is enthusiasm. I think a team should be enthusiastic about their mission.”

Isabel Rojo is originally from Spain but grew up in England and Greece and has also lived in France. She is SOM for SEOSat, a Spanish Earth observation mission supported by ESA and devoted to high-resolution land imaging.

Isabel studied at École Centrale Paris and completed a traineeship at France’s CNES space agency before coming to ESA in 2004 as a Young Graduate Trainee. She worked on GOCE and CryoSat as spacecraft operations engineer responsible for power and thermal systems. She also worked on mission planning and ground segment validation for these missions.

“I really like a challenge, and I like to have a broad overview of what is happening with a mission,” she says.

As a YGT, she was assigned to the CryoSat flight control team, which was a difficult first experience. “We all grieved together when the first CryoSat was lost, due to launcher failure. There is a deep emotional investment in every mission.”

Isabel’s perseverance and resilience since then have helped her win an appointment as SOM, a path she does not take for granted.

“I have some excellent mentors at ESOC, who have helped me get to where I am, and as a SOM, I work to bring out the best in my team. ”

Michel has been working on Mars missions at ESA since 1999, when he became the Mars Express SOM.

Originally from a small village in Limousin, France, Michel grew up in an era of ‘space fever’ when anything seemed possible. He is still just as excited about space today, and enjoys the challenges and teamwork that are crucial to being a SOM.

With 23 years of experience in total at ESA, team members consider him a role model for excellent leadership in all areas of mission operations.

“I like to sit in the control room, to keep a strong connection with actual operations. I began my career interested in developing software for planes and spacecraft, and now I also really enjoy managing teams as well,” says Michel.

“The SOM identifies and fosters the right people, with the right motivation, because a team has to complement each other’s strengths and interests on all levels.”

In 2013, Michel was appointed Ground Segment Manager for the new ExoMars orbiter and the future ExoMars rover, being launched in 2016 and 2018, respectively. He is the Flight Operations Director for the ExoMars orbiter.

Originally from France, Elsa studied aerospace engineering in Paris before moving to a university in Munich, Germany, on exchange. She came to ESA on a Young Graduate Trainee in 1998 and was initially assigned to Rosetta, where she had the opportunity to work with some of ESA’s most experienced operations experts.

“Rosetta was a steep learning curve. We had to redesign most of the infrastructure to achieve our goals. We were a young team, and highly motivated,” she remembers.

Since then, she has worked on several missions in parallel with Rosetta, and chose to apply for the position of SOM for BepiColumbo, even though this meant missing some crucial events for Rosetta.

BepiColumbo is Europe’s first to Mercury and only the third in space history. It will arrive at its destination in 2024 and study the planet’s composition, geophysics, atmosphere and magnetosphere. 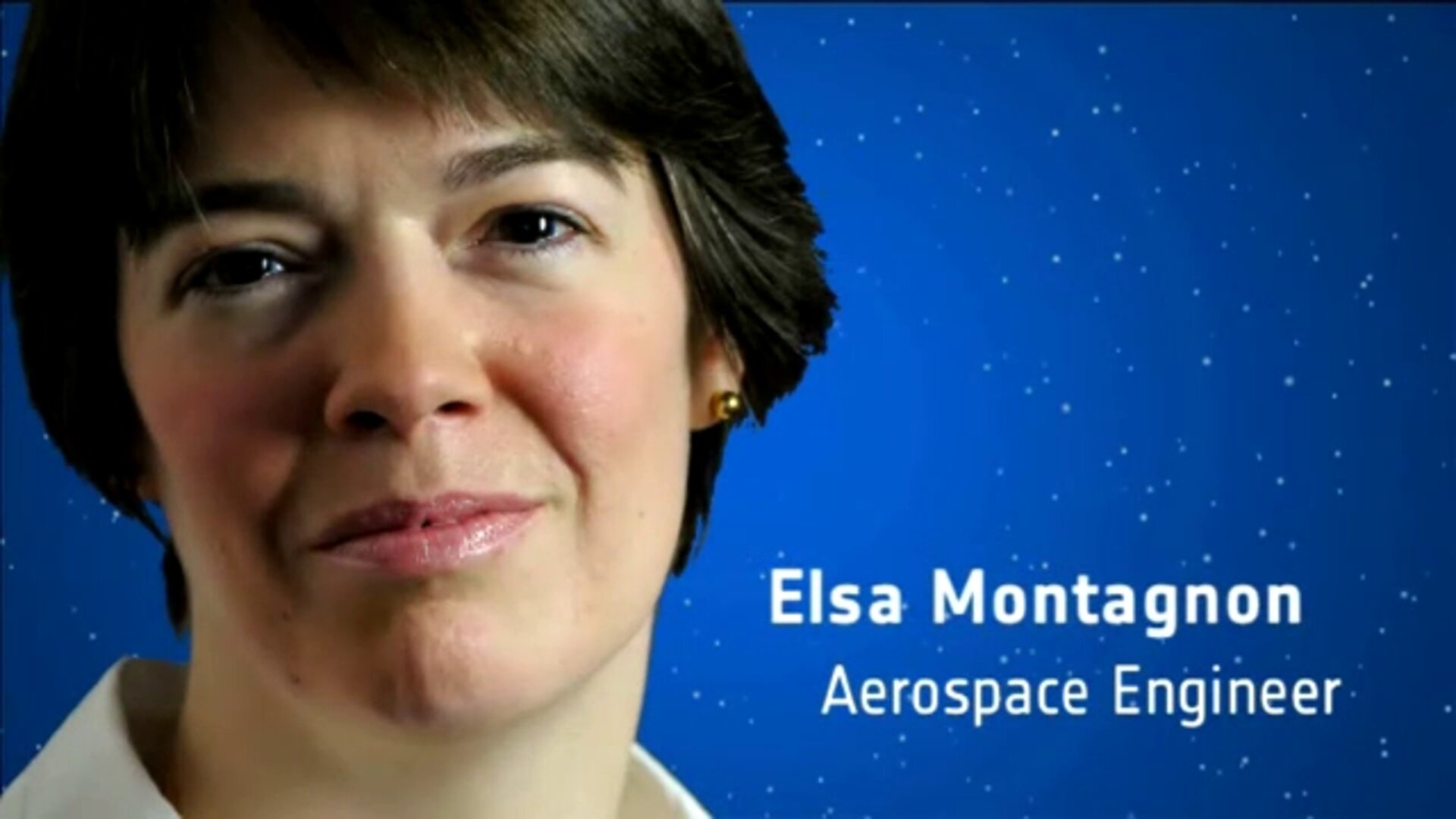 My life as a 'SOM': Elsa Montagnon and her projects
Access the video

Elsa says it was tough to decide, but she wanted to continue learning and developing new ideas.

“BepiColumbo is a unique opportunity for operations. It follows a difficult flight path and we have had to learn so much. I love learning new things, and facing new challenges,” she says.

“My team on BepiColumbo are all technically very strong, but they also understand the importance of learning and growing with the mission.”

Juan Piñeiro is the SOM for Aeolus, ESA’s upcoming ‘wind mission’. It will be the first mission to acquire profiles of Earth’s winds on a global scale. Its near-realtime observations will improve the accuracy of numerical weather and climate predictions and advance our understanding of tropical dynamics and processes relevant to climate variability.

Juan is from Vigo, Galicia, Spain, and holds a Master’s degree in physics from the Universidad Complutense de Madrid. He started work at ESAC, ESA's European Space Astronomy Centre, Spain, in 1991, and has been with ESA since. He has been a SOM since 2003, first for GOCE and then Swarm. Juan is passionate about the technical side of the SOM role.

“Experience and technical understanding are essential to judge the actual status of any spacecraft,” he says.

Aeolus presents unique challenges, as Juan and his Flight Control Team will have to work with several new technologies produced for the Aeolus mission – satellite development was paused so that its payload technology could catch up to the mission aims.

“Preparation for launch is actually very different from flying the spacecraft,” he says.

“During the preparation phase, the team needs to build the trust they will need during flight. This comes from understanding and demonstrating that each member knows their role and has the right level of technical understanding and experience.”