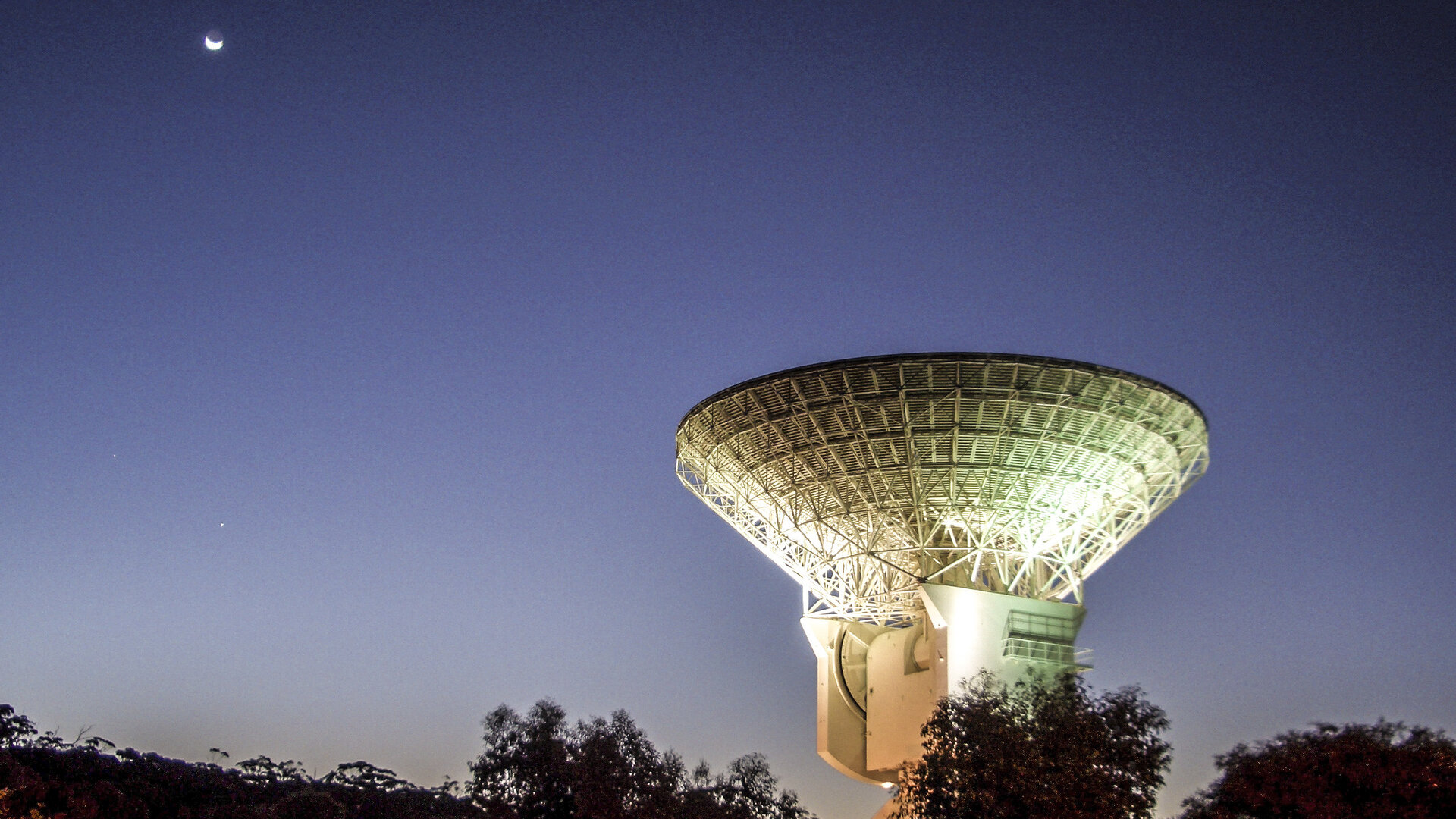 When China’s Chang’e-3 makes a soft landing on the Moon on 14 December, ESA tracking stations will record crucial radio signals. Later, signals from the surface will help Beijing mission control to pinpoint the lander’s location with extreme accuracy.

ESA’s Estrack network – a system of ten tracking stations in seven countries – has been providing critical support to China’s third Chang’e mission, starting just after its spectacular launch earlier this month and continuing during its cruise to the Moon.

Touchdown for the lander and its rover is set for Saturday in the Moon’s ‘Bay of Rainbows’, a plain formed from the remains of an ancient impact crater.

The Agency will also support the powered descent, when the 35 m-diameter deep-space antenna at New Norcia, Australia, will measure the Doppler shift of signals from the spacecraft. Recording these will help Chinese engineers to reconstruct the trajectory for future reference.

The support is being coordinated from the Estrack Control Centre in ESOC, ESA’s European Space Operations Centre, Darmstadt, Germany.

“I am delighted that experts at ESOC have been able to play an instrumental role in assisting our Chinese colleagues to reach the Moon,” says ESA’s Thomas Reiter, Director for Human Spaceflight and Operations.

“The ESA operations team was very impressed with the precision of the lunar orbit insertion and is proud to have contributed to this key event for a landing on the Moon.”

Support all the way

Kourou station initially acquired signals from Chang’e-3 64 minutes after launch on 1 December from the Xichang Satellite Launch Centre in the southwestern province of Sichuan.

“This highlights the excellence of the Estrack network and the importance of using internationally agreed technical standards for exchanging data.”

The lander and rover operations on the Moon will be commanded via two Chinese stations at Kashi, in the far west of China, and at Jiamusi, in the northeast.

On the same day, after touchdown, New Norcia station will be joined by ESA’s 35 m deep-space station at Cebreros, Spain, to provide interferometry and position determination of the lander. This will employ the sophisticated and ultra-precise ‘delta-DOR’ technique.