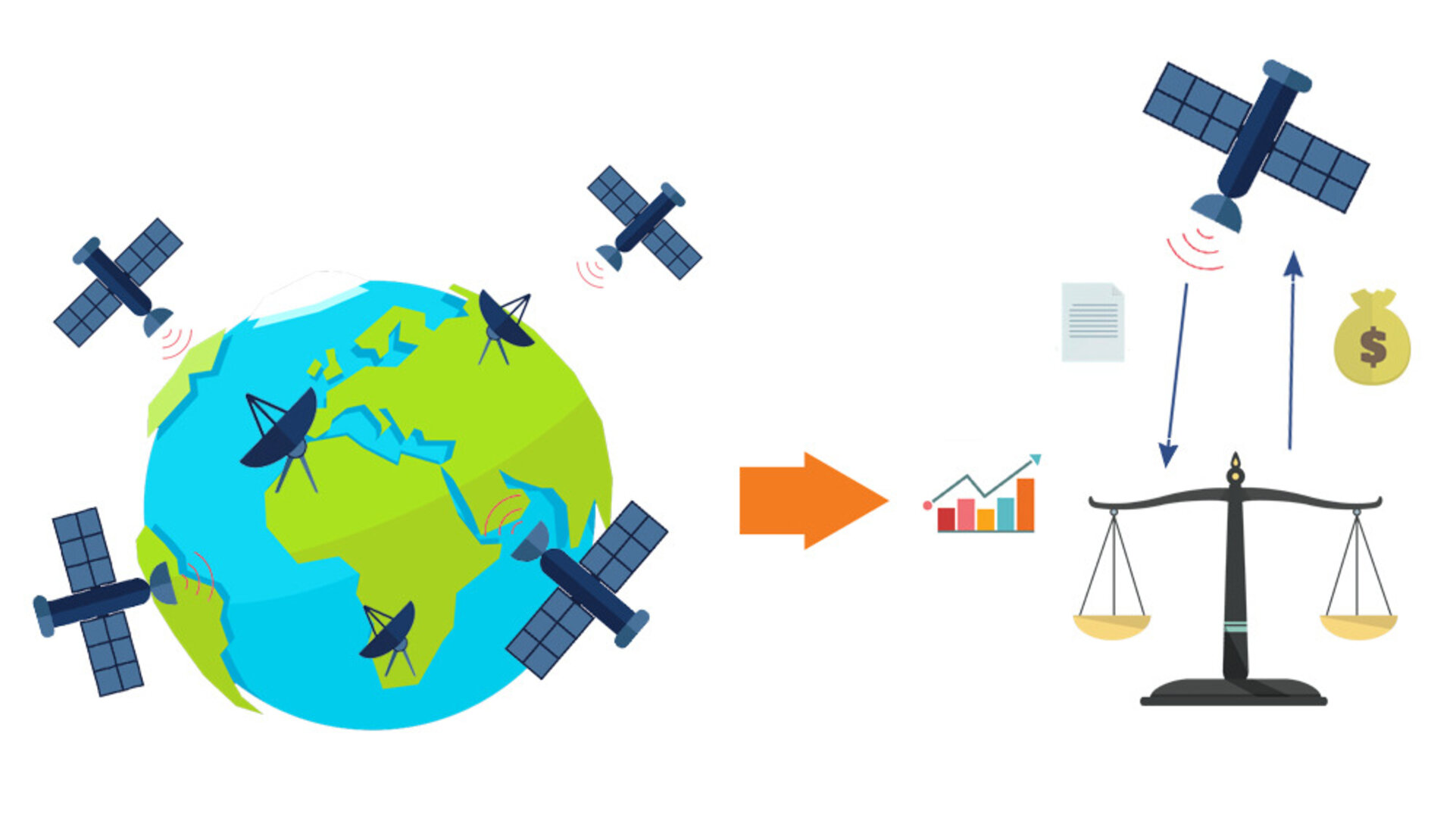 With the increasing demand for global telecommunications coverage, constellations consisting of hundreds to thousands of satellites are becoming a reality. But how can satellite operators cope with so many spacecraft at once? A recent ESA Discovery & Preparation study looked into how spacecraft can be increasingly automated to make their operations more effective, and came up with the remarkable idea of auctioning off access to ground stations, to maximise the amount of data that can be sent down in a given time period.

Traditionally, owning and operating satellites came under the realm of governments and large organisations. Then in the early 2000s, the ‘Microspace’ movement resulted in the price and size of satellites decreasing significantly, allowing universities and small companies to launch their own satellites for just tens of millions of euros. But the current trend towards considerably larger constellations originates from non-traditional designs by non-traditional space companies. This evolution in the space sector is often referred to as 'Space 4.0'.

The largest existing constellation is Planet Labs' Doves mission, with over 190 satellites. Recently, a variety of even larger constellations were announced, some containing over a thousand nodes. But although mass production of satellites is now technically feasible and has already started, reaching mass operations requires another level of ingenuity.

Although mega-constellations offer robustness, versatility and the ability to collect data from multiple places at the same time, this new era of space exploration requires a rethink in the way that space missions are planned, designed and operated. As satellites can no longer be controlled individually, the management of the system as a whole – with a focus on automation – is becoming more important.

ESA's Discovery & Preparation Programme recently supported a study to think outside the box and make a recommendation on how missions can reach new levels of automation. The study was carried out by TU Braunschweig with input from Planet Labs, which is the largest commercial satellite owner.

"The investigation looked into how increasing constellation size, advancing satellite communication and progressing automation will impact satellite operations," explains Christian Schurig, who oversaw the study from ESA's side. "The team carried out simulations of proposed mega-constellations based on existing constellations, including Europe's global navigation system – Galileo – as well as Planet Lab and OneWeb constellation concepts."

A variety of systems are required to operate a spacecraft, from positioning, orbit control and collision avoidance to data download and software updates, as well as those designed to deal with unexpected problems. All of these can be controlled manually, semi-automatically or automatically. With more satellites making up a constellation, it becomes necessary for more and more of these systems to work automatically, without relying on human input.

One specific challenge in the era of Space 4.0 is the increase in data that satellite constellations will produce. This is as a result of both the increase in the number of satellites and improvements in technology, for example in sensor quality and quantity. And it means that satellites will at some point create more data than the limited number of ground stations are able to receive. To tackle this challenge, a variety of options can be considered, including carrying out onboard data processing, sharing ground station networks between constellations and inter-satellite communication.

But it turns out that not all these options are able to meet growing requirements. With more satellites, access time to ground stations becomes increasingly limited, so it is more difficult to schedule when to send data to the ground.

"Satellites are producing more and more dynamically changing data, so optimising this data download is impossible through centralised methods," explains TU Braunschweig researcher Sándor Fekete. "Additionally, 'greedily' picking one relatively good dataset at a time – like a human operator would do – leads to insufficient download rates. We needed to come up with another solution."

The team developed a decentralised solution that models data exchange based on an approach similar to trading in a market economy.  They propose that every satellite and ground station could negotiate individually to make a decision about when different data is transferred.

"The idea is that different satellite data have different levels of importance, and satellites can bid for access to ground station services," continues Sándor. "The virtual ‘price’ of data and the corresponding 'bids' are constantly updated, so we get a good balance between the value of downloaded data and precious download slots."

Overall, this whole process aims to ensure that each period of downlink time is allocated to the satellite that would make the best use of it, rather than the one that shouts loudest. And it works automatically, without constant human interference.

"The study found that this automatic auction-based scheduling would enable a much higher percentage of data to be sent down to ground stations than manual alternatives," concludes fellow team member Dominik Krupke. "For large constellations of more than 1080 satellites, we found that it would be possible to download three times as much data in a given timeframe as we can with a human-controlled 'greedy' approach!"

The study shed light on lots of challenges that arise with mega-constellations of satellites, some of which will be investigated further in future Discovery & Preparation supported studies. This will become even more important with the advent of more and more such constellations.