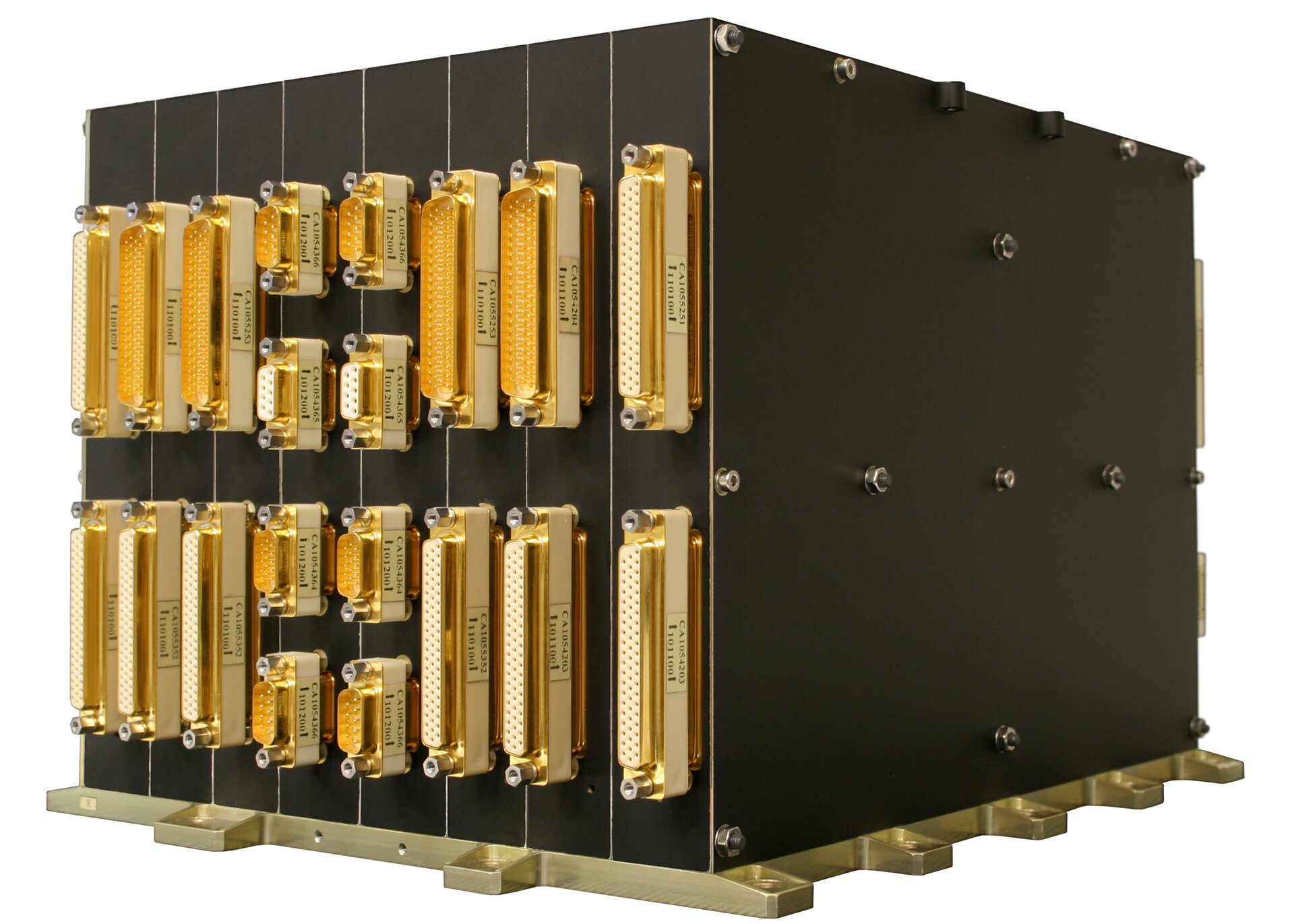 The Remote Terminal Unit (RTU) is a unit that is usually present on medium-large size spacecraft. The RTU offloads the On Board Computer from analogue and discrete digital data acquisition and actuators control tasks and it represents an example of implementation of distributed control system on board a satellite. The RTU is usually a not-intelligent unit (i.e. no microprocessors or microcontroller are hosted inside the RTU) and it is interfaced with the On-Board Computer with serial communication busses (MIL-STD-1553B, RS422, …) but there is a trend to have at least a micro-controller in RTUs in order to implement locally autonomous acquisition and control sequences.

Fig.A shows the position of the RTU (also called RIU Remote Interface Unit) in the Avionics Data Systems of a typical mission scenario. The RTU is powered by the satellite Power Conversion Unit (PCU) or Power Conversion and Distribution Unit (PCDU) and it is controlled by the On-Board Computer Unit (OBC) through the platform bus. A not exhaustive lists of the typical tasks of a RTU is the following:

More than one RTU can be present on a S/C depending on the dimensions of the spacecraft and of the number and types of the functions that it has to provide. In several cases the RTU is fully integrated in the OBC from a mechanical point of view but from a functional point of view and also electrically it is separated by the OBC.

The RTU can control and monitor also P/L units or elements (e.g. Temperature sensors, Heaters lines) but in the majority of the cases a dedicated unit is foreseen that performs a subset of the functions usually implemented by the RTU ( an it has a different name: most frequently this unit is called Payload Management Unit-PMU).