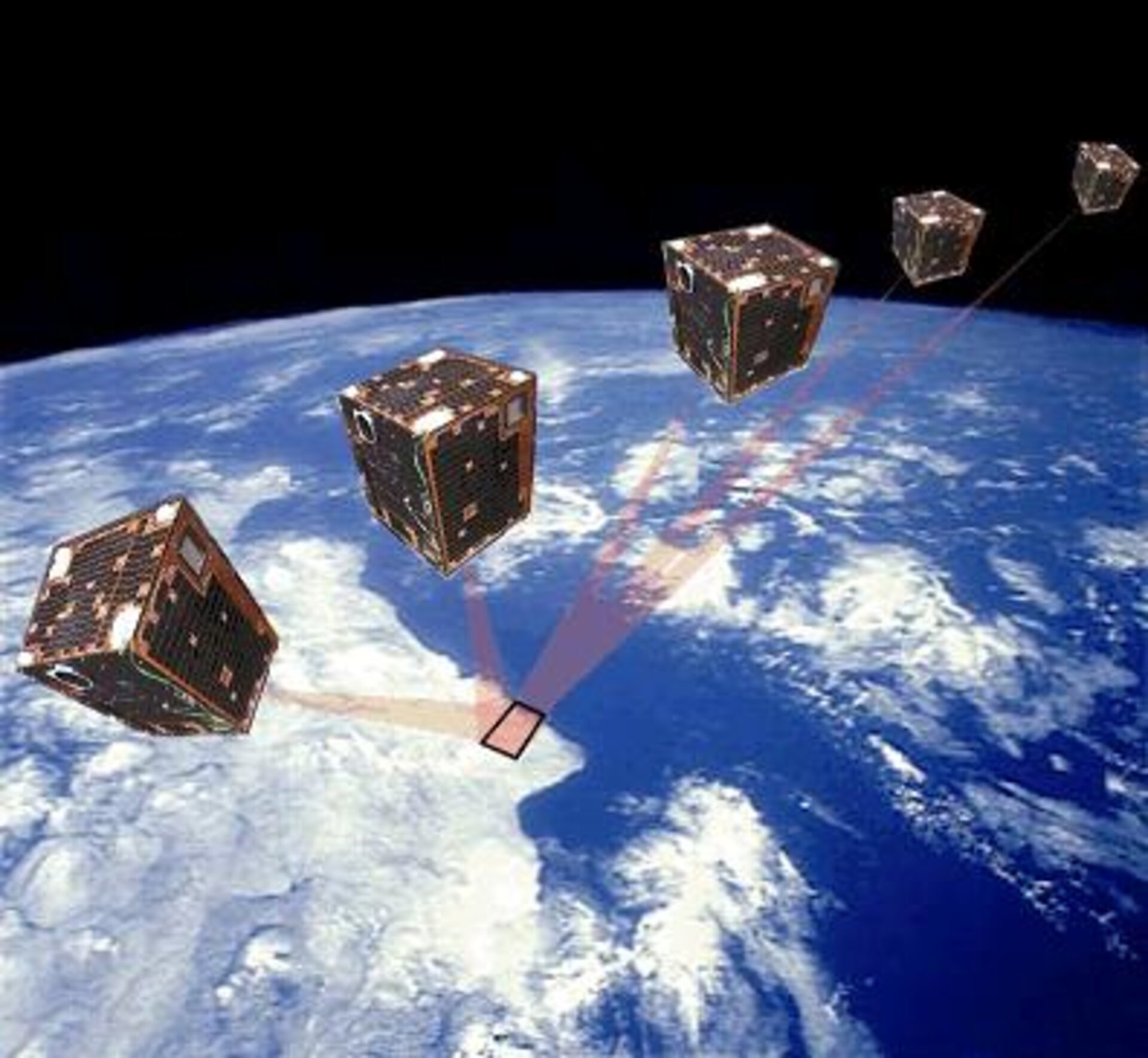 A good photographer needs agility. So it is with ESA microsatellite Proba-1, which turns in space to capture terrestrial targets. Celebrating its tenth birthday this week, Proba-1’s unique images are used by hundreds of scientific teams worldwide.

A technology demonstrator turned into an Earth observation mission, the microsatellite – just a cubic metre in volume – has acquired nearly 20 000 environmental science images with its main Compact High Resolution Imaging Spectrometer (CHRIS), used by a total of 446 research groups in 60 countries.

ESA has a family of experimental ‘Project for Onboard Autonomy’ microsatellites: the Sun-watching Proba-2 went into orbit in 2009 and the vegetation-imaging Proba-V will be launched next year.

“Proba-1 remains the most agile and stable satellite platform in its range,” explains Frank Preud’homme of QinetiQ Space Belgium, the company that built Proba-1 for ESA.

“These attributes are a prerequisite for high performance remote sensing.”

For most Earth-observing satellites, image acquisition is only a matter of opening a viewing aperture but Proba-1 is different.

The satellite’s platform and payload work as one: spinning reaction wheels guided by a startracker roll it up to 25º side to side and 55º along its path.

This helps Proba-1 compensate for its 7.5 km/s speed, like a photographer panning to snap a moving target.

In addition, Proba-1 can record up to five differently angled views of the same target, important for researchers investigating how vegetation changes appearance with shifts in view.

“Look at a sunflower on the ground – you’ll see a different mix of colours depending on where you stand, as well as the growing season and time of day,” explains Mike Cutter of Surrey Satellite Technology Ltd, which designed CHRIS. “The same is true in orbit.”

Understanding this has proved beneficial for mapping and classifying land cover, from forest monitoring in Canada to crop yield predictions in Europe, Australia and China.

Other researchers favour the fact that CHRIS’s spectral response can be programmed as desired, to home in on diverse factors such as inland or coastal water quality –identifying oil spills, for example – atmospheric pollution or even desert lichens – significant for conserving topsoil in marginal environments.

CHRIS’s 17 m resolution is useful in its own right, adds Mr Cutter: “It can give extra detail of a local section of a larger satellite image acquired at lower resolution.”

For instance, more than 500 CHRIS images have been delivered for the International Charter ‘Space and Major Disasters’, a space agency agreement to prioritise damage mapping of disaster-struck regions.

“We were demonstrating as many new technologies as possible on a single platform, the resulting satellite being able to operate itself with minimum ground control.”

CHRIS users simply submit the latitude, longitude and altitude of their chosen target and Proba-1’s computer navigates to the correct location, tilts, shoots and delivers the scene.

The microsatellite is overseen from ESA’s Redu ground station in Belgium and the use of Proba-1's instruments is managed from ESA's ESRIN Earth observation centre in Italy.