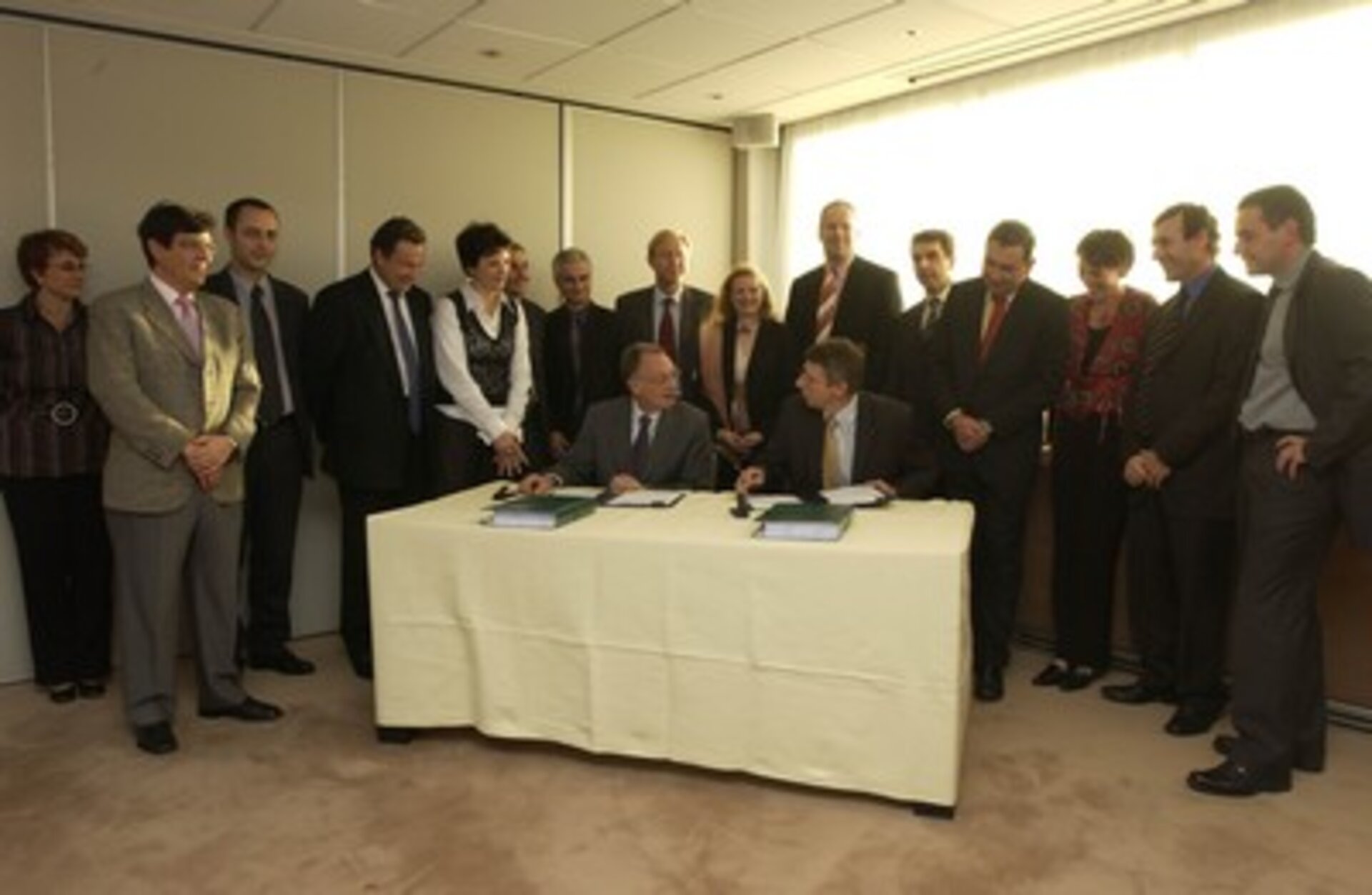 A new milestone has been reached in implementing the decisions of the 2003 ESA Ministerial Council: the signature of an Ariane Development contract making EADS ST the prime contractor, responsible for all other stage and subsystem suppliers for Ariane launchers.

The contract was signed on Monday 3 October “It is the first contract placed by ESA, assisted by CNES, with EADS as prime contractor for Ariane development type activities within the frame of the consolidation process of the Ariane launcher, implying that new management rules and responsibilities of EADS have now been officially established” says ESA’s Project Manager Toni Tolker-Nielsen.

Antonio Fabrizi, ESA Director of Launchers, believes that with this step the main goals of the re-organisation of the Ariane sector have been reached:

Hervé Gilibert, responsible for development programmes within EADS, said during the kick-off meeting: “following our restructuring in 2004 and the creation of EADS space transportation, and the performance of the recovery programme following the L517 failure that led to the successful launches of Ariane-5 ECA and Ariane-5 GS earlier this year, this new contract is instrumental for establishing the Ariane-5 ECA launch vehicle as the workhorse of Arianespace for the next decade and also opens a new era, introducing EADS ST in its new role as prime contractor federating system, stages and propulsion activities.

“We aim to restore Ariane to its first place among space launchers. Our teams are highly motivated and proud to build the future together with ESA,” added Hervé Gilibert.