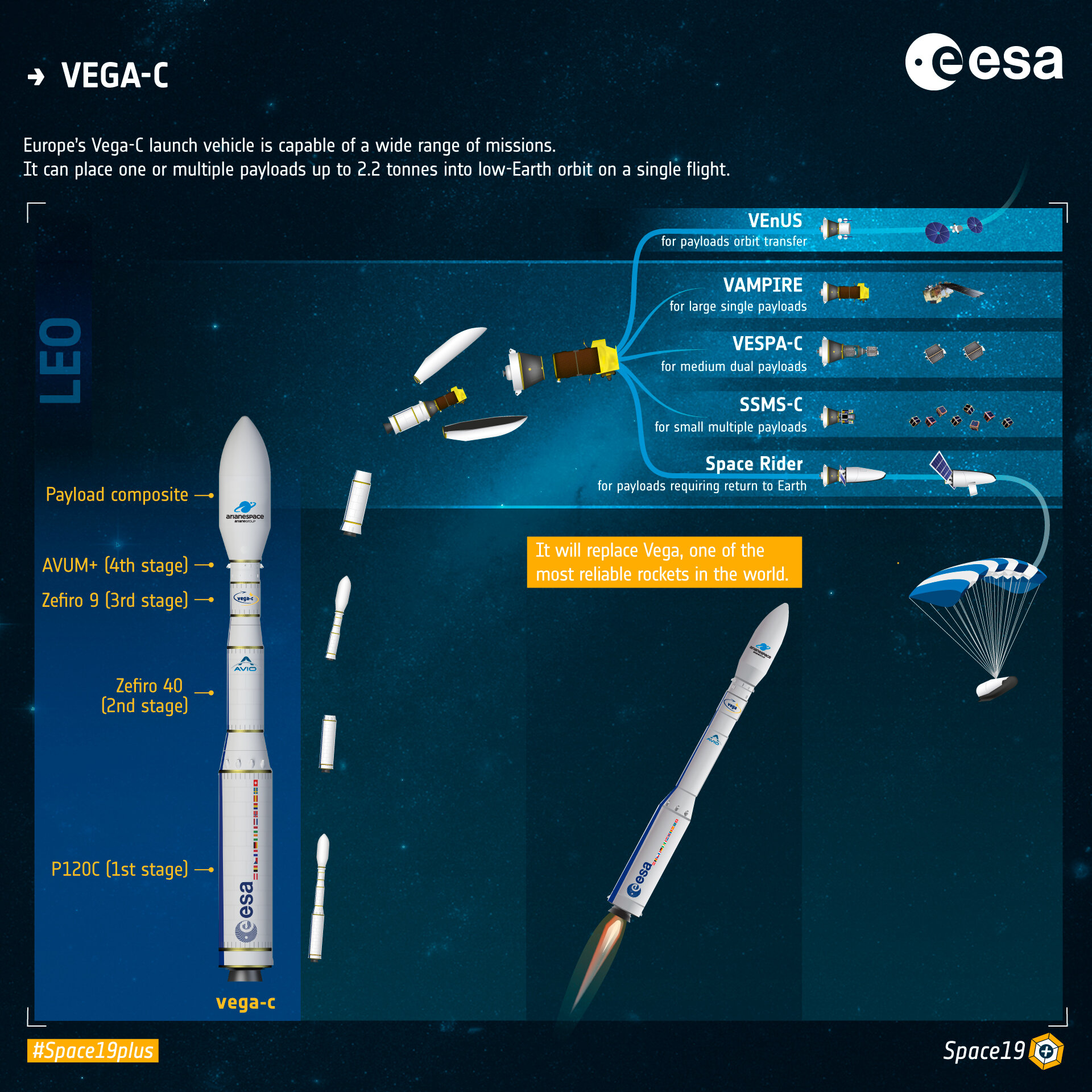 ESA is involving potential European stakeholders early on in the development and exploitation of the Vega space transportation system, including Space Rider.

New payload carriers are being developed with the first ride share this year on Vega’s Small Spacecraft Missions Service. Further payload capabilities will be available through Europe’s next-generation Vega-C in 2020 and the Space Rider in 2022, also offering a laboratory for payloads operations in space and return to Earth for a host of applications.

Vega and Space Rider active industrial partners and newcomers are proposing innovative ideas to be processed and incorporated in ESA proposals presented at Space19+ in November where ESA Member States will take decisions on the future of Europe in space.

ESA’s Space Transportation Directorate aims to gather the widest industrial background, competence and interest necessary to implement its programmes’ activities at system, subsystem and components levels. Part of this has been achieved by exchanging detailed information with current and potential developers and end users.

There was huge interest in a recent workshop held last week on Vega, Vega-C, Vega-Evo and Space Rider development and exploitation perspectives. It attracted 350 developers and potential end users from all over Europe.

The workshop provided the overall frame and the detailed elements of the ongoing development activities, encompassing all Vega upcoming products to ‘access’, ‘operate in’ and ‘return from’ space in low-Earth orbit, including their exploitation perspectives, for a variety of payloads.

ESA, industrial prime contractors, payloads aggregators and services operators presented the status of development as well as future plans. This is vital information for European developers from industry, research organisations, and universities as it enables them to better assess how they can become part of these programmes or investigate new partnerships.

On the second day, participants held near to 100 bi-lateral meetings to discuss the wider industrial organisation. Companies gained a head start in negotiations and many left with concrete agreements and actions.

"The large presence and great interest from European industries, together with the very high level of technological know-how available, confirmed that joining forces we can compete on the worldwide space transportation scene.”