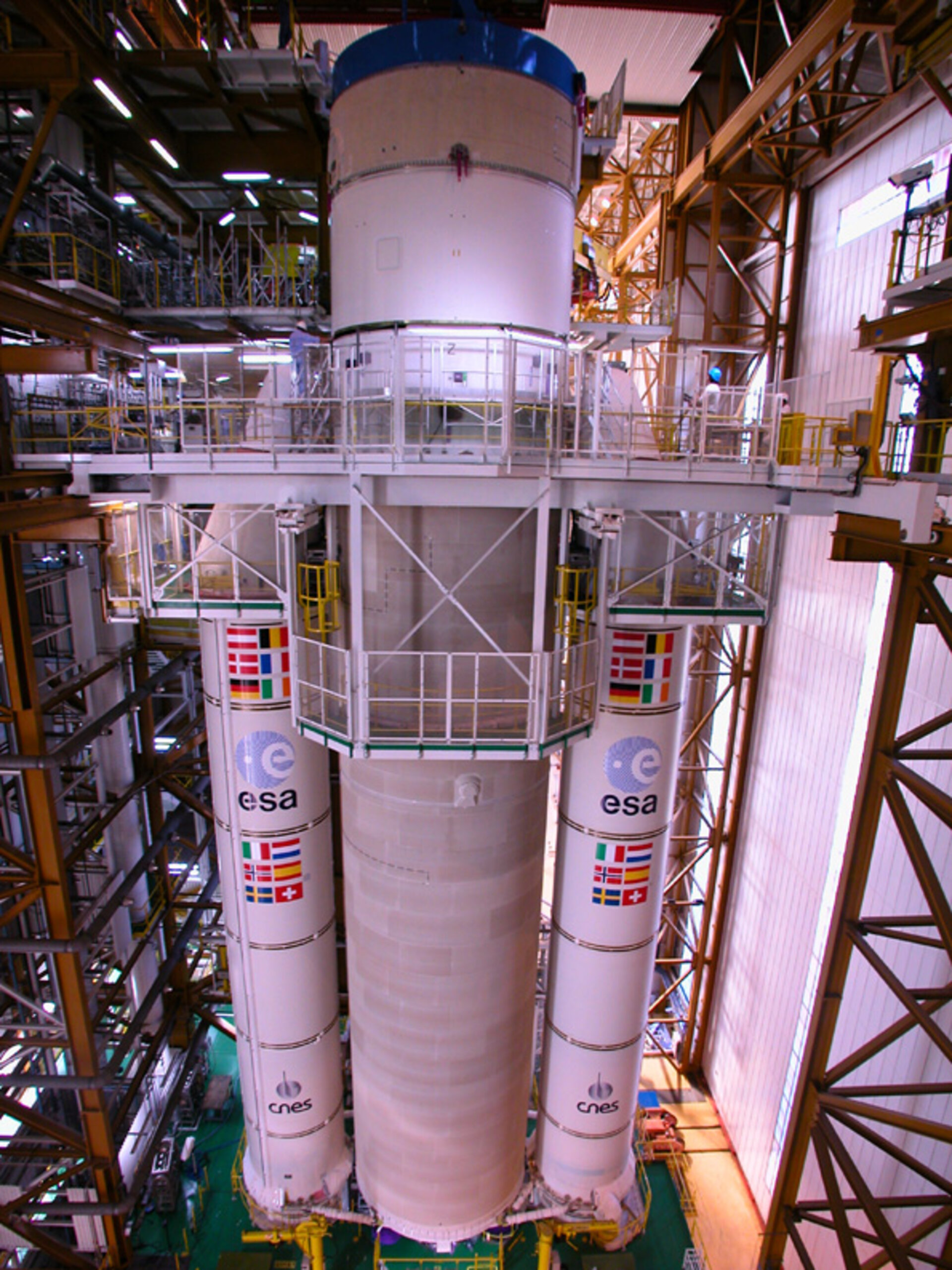 Toucan or Colibri – the two specialised freighters that carry parts of the Ariane-5 launcher – take 12 days to ship their cargo from Europe to the port of Kourou in French Guiana.

Upon arrival, the cryogenic main stage, the vehicle equipment bay and the upper stage of the Ariane 5 are transferred to the Launcher Integration Building while the fairing is taken to the Final Assembly Building.

In the Launcher Integration Building the cryogenic main stage is erected vertically onto the launch table The two solid boosters, previously prepared in the Booster Preparation Building, have also arrived in the building and are vertically docked to the main stage, supporting it on either side. Then the vehicle equipment bay and the upper stage are mounted on top of the main stage. The launcher's lower composite is now assembled.

Tightness and electrical checks are now carried out. In all it takes 16 days until the doors of the Launcher Integration Building open to allow the launch table to be moved along the rail track to the launcher section of the Final Assembly Building.

Here the upper composite, consisting of one or two satellites and the fairing, is assembled on top of the lower composite so that the launcher is now structurally complete. The next step is to fill the upper stage and the altitude control systems with propellant and to perform final checks.

Operations in the Final Assembly Building last about 14 days. Once they are finalised the Ariane 5, complete with its payload, is ready to be rolled out to the launch zone.