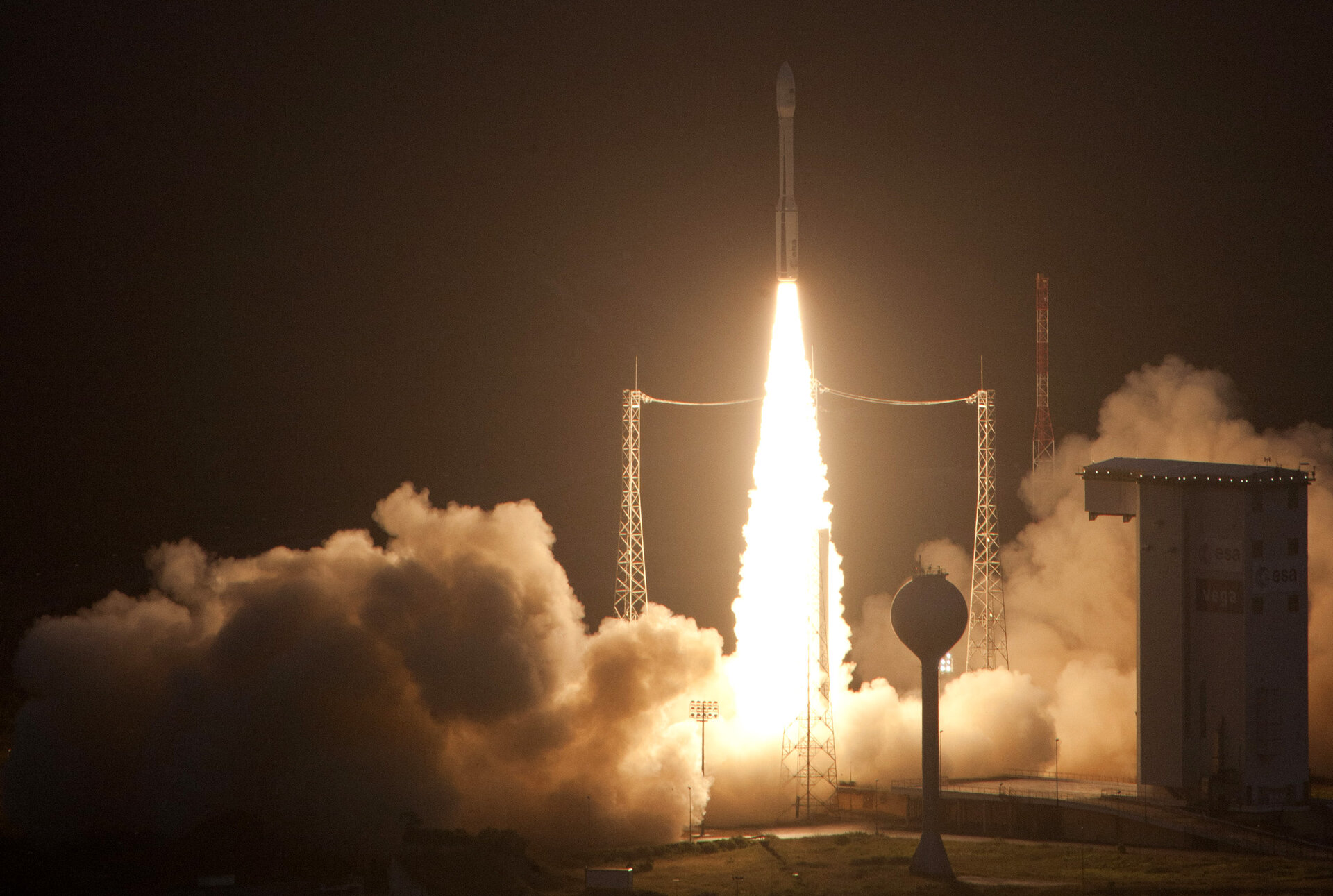 PR 3 2012 - Vega, ESA’s new launch vehicle, is ready to operate alongside the Ariane 5 and Soyuz launchers after a successful qualification flight this morning from Europe’s Spaceport in Kourou, French Guiana.

With Vega extending the family of launchers available at the spaceport, Europe now covers the full range of launch needs, from small science and Earth observation satellites to the largest missions like ESA’s supply freighters to the International Space Station.

Vega’s light launch capacity accommodates a wide range of satellites – from 300 kg to 2500 kg – into a wide variety of orbits, from equatorial to Sun-synchronous. Its reference mission is 1500 kg into a 700 km-high circular Sun-synchronous orbit.

Vega will thus add to Europe’s set of launch services next to the Ariane 5 heavy-lifter and the Soyuz medium-class launcher already in service.

The combination of these three systems operating from French Guiana will also improve the efficiency of Europe’s launch infrastructure by sharing its operating costs over a larger number of launches.

“In a little more than three months, Europe has increased the number of launchers it operates from one to three, widening significantly the range of launch services offered by the European operator Arianespace. There is not anymore one single European satellite which cannot be launched by a European launcher service,” said Jean-Jacques Dordain, Director General of ESA.

“It is a great day for ESA, its Member States, in particularly Italy where Vega was born, for European industry and for Arianespace.”

“Today is a moment of pride for Europe as well as those around 1000 individuals who have been involved in developing the world’s most modern and competitive launcher system for small satellites,” said Antonio Fabrizi, ESA’s Director of Launchers.

“ESA, with the technical support of the Italian and French space agencies, and about 40 industrial companies coordinated by the prime contractor ELV SpA, have made this enormous challenge a reality in under a decade of development.”