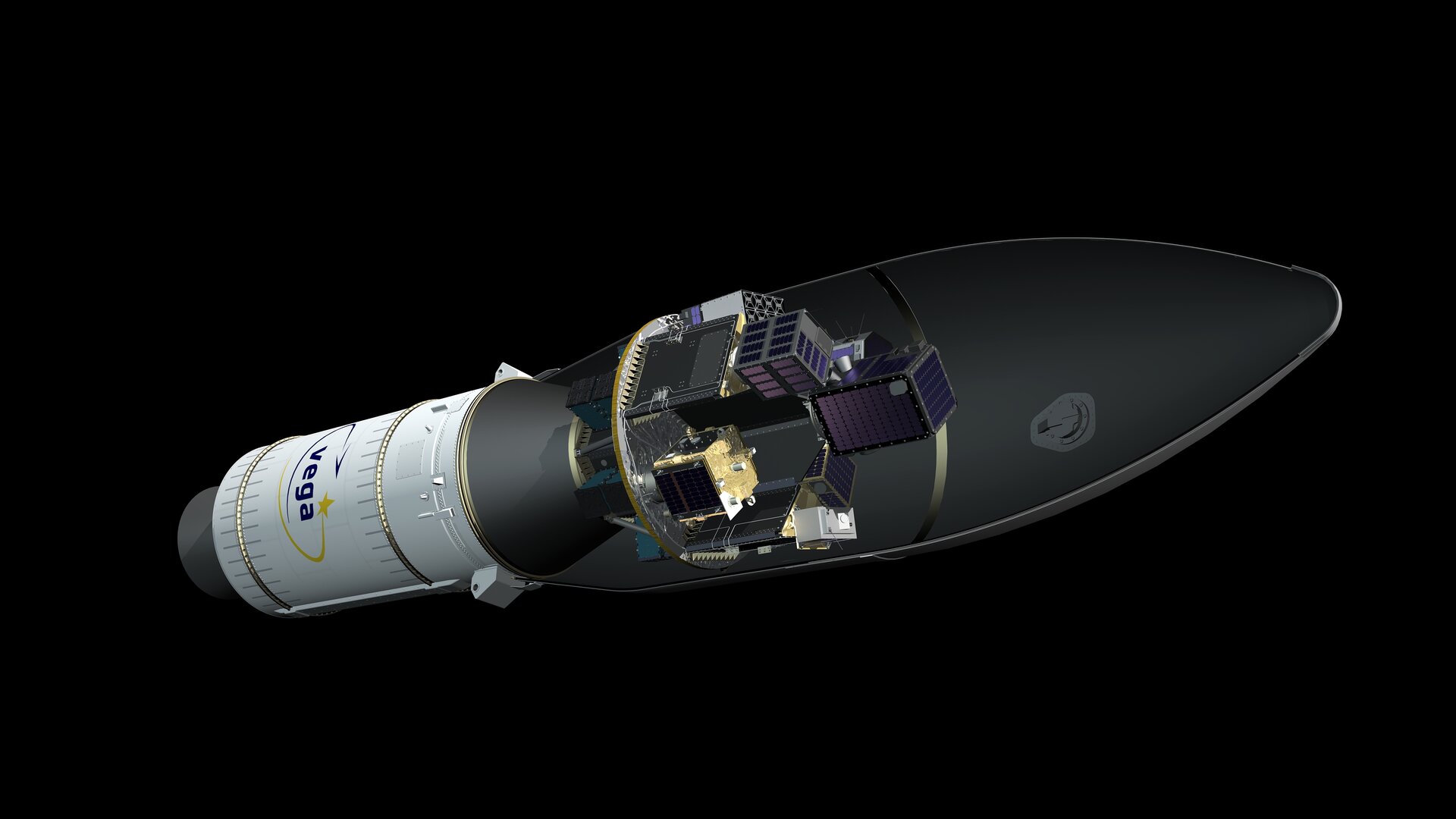 Europe’s next Vega launch will premiere a new dispenser called the Small Spacecraft Mission Service, or SSMS. It will transport more than 50 satellites at once into orbit on the first rideshare mission dedicated to light satellites. Liftoff from Europe’s Spaceport in French Guiana is set for next week.

The SSMS is Europe’s response to the call for affordable and timely launches for small satellites. Until now these customers have relied on spare capacity riding ‘piggyback’ alongside a primary satellite but spaces are limited and finding a match with mission requirements is difficult.

“New customers are keen to take their place on our next rideshare. This gives us a lot of confidence that this new service will become a vital element of the Vega launch service.”

Maximising the number of satellites on each Vega launch lowers the cost per ridesharing customer. The SSMS can be used for a dedicated rideshare or to fit clusters of small satellites on the launch of a large satellite.

The hexagonal module, a central column, towers, a supporting platform and a set of standard satellite interface spacers are assembled to suit each mission and combination of satellites. For this flight, we are using a configuration called Flexi-3, weighing just 330 kg,” explained Giorgio Tumino, managing ESA’s Vega and Space Rider development programmes.

SAB Aerospace in the Czech Republic and Bercella in Italy designed and manufactured this modular dispenser for ESA’s Vega prime contractor Avio. The component structures are made of very low-density aluminium ‘sandwich’ panels protected by carbon-fibre reinforced polymer skins. This makes it very lightweight and rigid.

The SSMS can accommodate any combination of 1 kg CubeSats up to 500 kg minisatellites, from a main large satellite with smaller companions, to multiple small satellites, or dozens of individual CubeSats.

“Our objective is to ensure maximum flexibility, with an SSMS dispenser able to be assembled very close to the launch date and to meet the requirements of any mission,” Giorgio added.

Among the eight European states represented in the flight aggregate were four ESA payloads – the 100 kg ESAIL microsatellite and three CubeSats: SIMBA, Picasso and FSSCat which carries pioneering technology named Φ-sat-1. Watch an animation of the launch of Vega and the release of ESAIL.

When Vega flight VV16 reaches space, the satellite payloads will be progressively released from the SSMS dispenser in a coordinated sequence at a Sun-synchronous orbit, about 500 km above Earth.

Then, Vega’s Attitude Vernier Upper Module (AVUM) upper stage will reignite its thrusters one last time to start its descent with the SSMS towards Earth to burn up on atmospheric reentry to avoid becoming space debris.

This proof-of-concept flight aims to prove the technical and financial viability of the rideshare service. ESA has leading expertise and long-standing experience in managing these types of programmes and mitigating risks. For this flight, ESA has collaborated with the European Union, which has partly funded this mission under the Horizon 2020 programme – part of the Contribution Agreement between ESA and the EU for growing space technologies in Europe. Working together like this on a common goal supports Europe’s position on the global space market by establishing alliances that can reinforce existing and future programmes.

Vega is a 30 m-high, four-stage vehicle designed to accommodate between 300 kg and 1.5 tonnes of payload depending on the orbit and altitude. In the future, Vega’s reignitable upper stage AVUM will allow rideshare missions to deliver payloads to three separate orbits per mission.

Watch the video below to see how this mission was taken from manufacture to flight, featuring interviews with ESA experts with news on future developments. 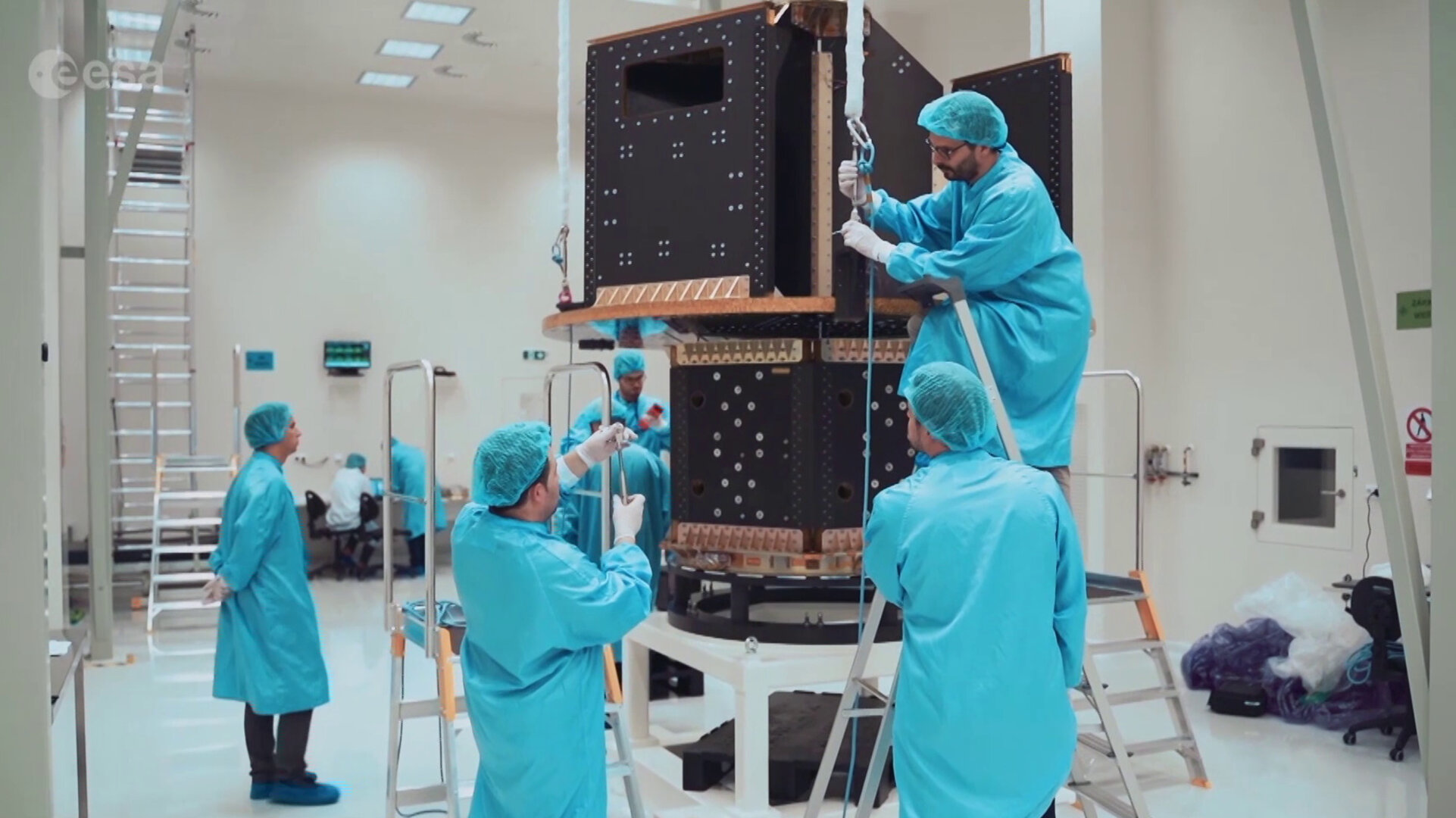