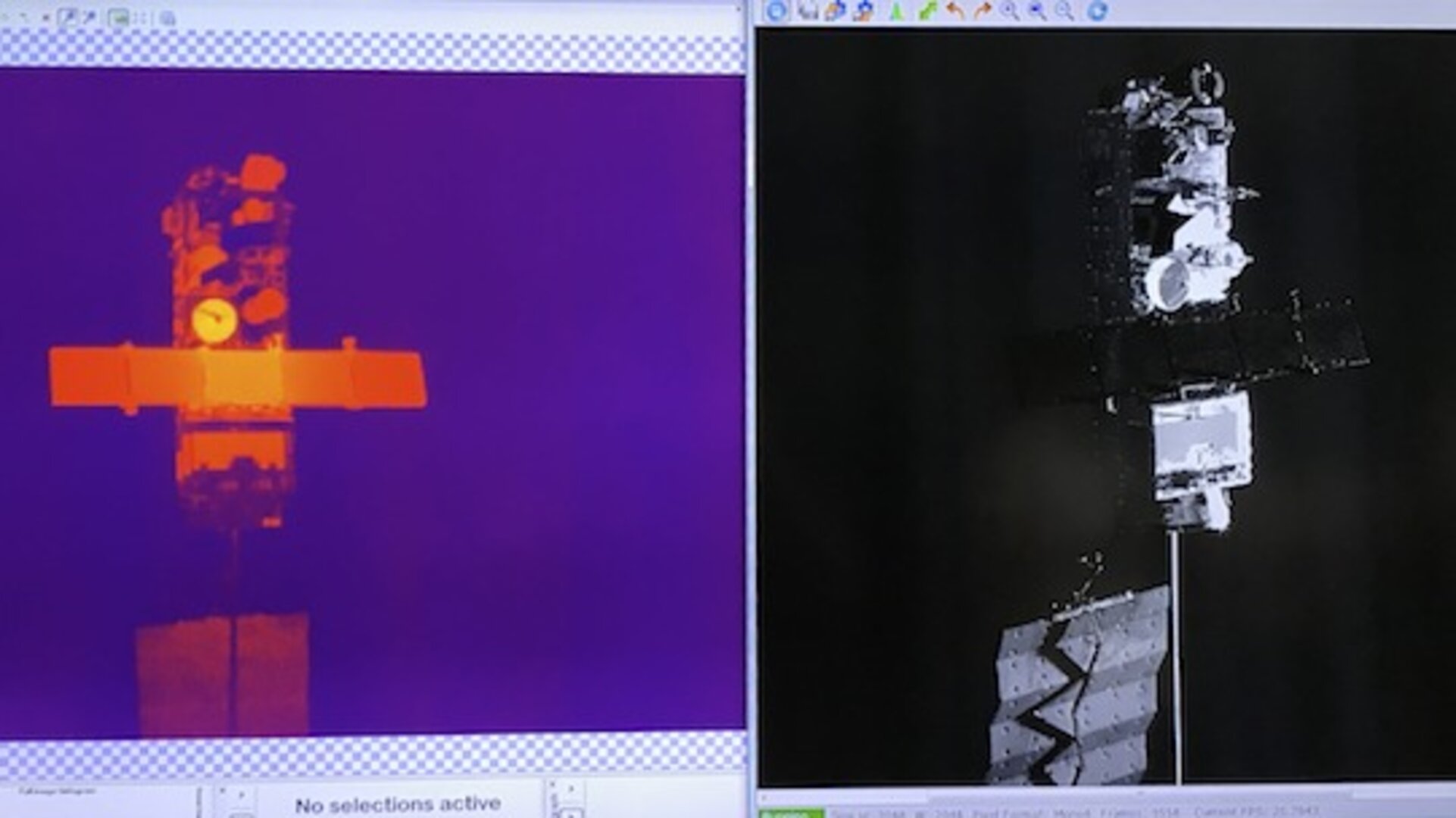 ESA’s proposed e.Deorbit mission to take down a derelict satellite is being reborn in a wider role, as a new space servicing vehicle to perform a variety of different roles in orbit, including the refuelling, refurbishing or reboosting of satellites already in orbit.

ESA’s Clean Space initiative began developing the mission in 2013, organised around the deceptively simple task of capturing and safely deorbiting a derelict ESA-owned satellite in highly trafficked low-Earth orbit. The target was the Envisat Earth-observing satellite, which after 10 years of monitoring our homeworld, had failed unexpectedly the previous year.

Space Shuttle astronauts had captured errant satellites during the 1980s, but there was no precedent for the autonomous robotic capture of such an uncooperative target.

Work began on identifying the novel technologies that would need to be developed, including the type of capture mechanism to be used – from robotic arms to nets or even a harpoon. Also required was precise enough guidance navigation and control system to safely close in and secure such a large, unpredictably tumbling target.

This took place as part of initial ‘Phase A’ studies by two parallel companies, followed up by detailed ‘Phase B1’ studies to shape its preliminary design, ready for follow-up implementation.

Along with the innovative technologies under discussion, these Phase B1 activities made a little bit of ESA history in their own right, as the first such studies to be based around model-based system engineering – employing detailed software models of the satellite as the baseline engineering tool, rather than traditional written documentation.

Following these studies the decision has been made to widen the scope of the mission. It took so many advanced technologies to make such an act of active debris removal possible that the possibility is there to apply it to a recurrent space servicing vehicle design.

In addition, a more general-purpose Space Servicing Vehicle could potentially be contracted to take down derelict satellites as one of its roles – a return to the original thinking behind e.Deorbit. Back in 2012, the initial approach taken was to invite companies to take down Envisat on a service-oriented basis, but it was seen as too risky a challenge.

“Today we have the funding to develop relevant technologies but not to actually remove a defunct satellite,” explains Luisa Innocenti, heading Clean Space. “Instead, we have asked industry to make proposals to remove a defunct ESA object while demonstrating in-orbit servicing – the new path to a potentially very valuable business.”