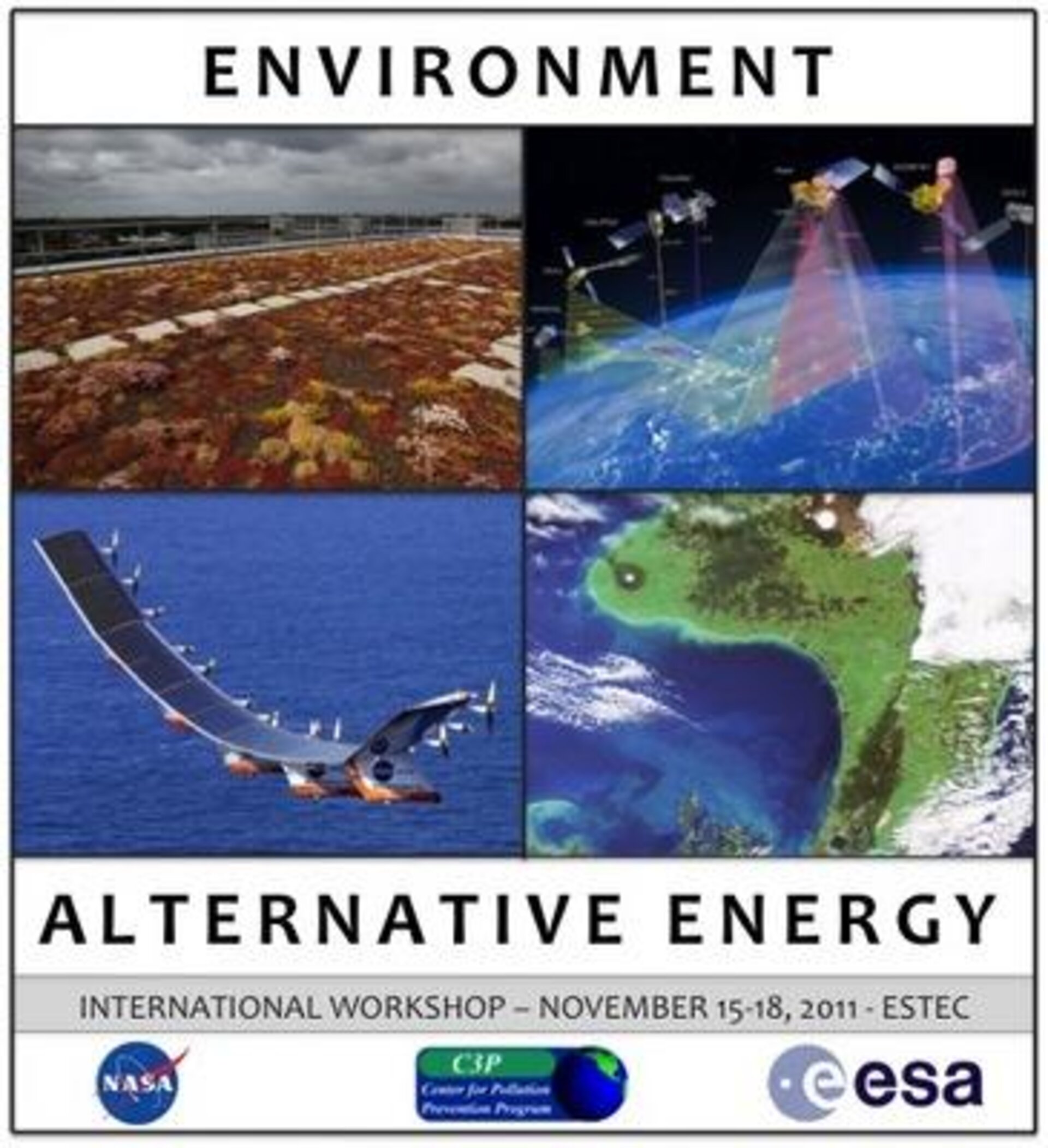 The 2011 International Workshop on Environment and Alternative Energy was organised by NASA and Portugal’s Centro Para a Prevenção da Poluição and took place at ESTEC, ESA’s main technical centre at Noordwijk in the Netherlands on 15–18 November.

A total of 116 participants from 11 countries attended the event, including researchers, engineers, lawyers and students. The workshop showcased innovative and emerging pollution prevention and renewable energy technologies and sharing lessons learned – with the spotlight thrown on the space industry’s own environmental footprint.

Franco Ongaro, ESA’s Director of Technical and Quality Management and Head of ESTEC, welcomed participants to an establishment powered by 100% green electricity.

He noted that the space industry has played an important role in developing sustainable energy technologies, including solar arrays and hydrogen fuel cells. Space missions are also at the forefront of efforts to understand climate change.

“But if we take the moral high ground when we talk about our programmes, we cannot be any lower than that in our general approach,” the Director added.

“So with our satellites we need to be sure tomorrow’s generation can still utilise low-Earth orbit, ensuring we produce less orbital debris and find ways to clean up space.

“On the ground that means we make sure the processes and products being employed are as environmentally friendly as possible.”

Mr Ongaro explained that a new initiative called Clean Space was in preparation to analyse the environmental impacts of Agency activities. Compared to something like the automobile sector, space is a low-volume industry, but still operates on the same planet as everybody else.

New environmental legislation, and increased concern from customers and partners, means such scrutiny is becoming inevitable – but it is also, plainly, the right thing to do.

Mikko Nikulainen, Head of ESA’s Materials and Components Technology Division, explained how ESA was preparing for the implementation of the European Commission’s ‘REACH’ industrial chemical registration regulation, which could end the use of many standard space products, from propellants to solvents.

ESA is partnering with other space agencies to source more environmentally friendly alternatives well ahead of the regulation taking effect.

“It’s a no-brainer really,” said Mr Nikulainen. “We’re pursuing these green technologies not to ensure compliance alone but because promising new markets are opened up in the process.”

Christer Fuglesang, veteran astronaut and currently leading science activities for ESA’s Human Spaceflight and Operations Directorate recalled his own experience looking back at Earth from space: there were few signs of habitation by daylight but by night the blooms of city lights were clear evidence of Earth’s human inhabitants – seven billion and counting.

Over the course of the week the floor was variously given to students, businesses and research institutes. Germany’s Fraunhofer Institute for Solar Energy highlighted their world-record 41.1%-efficient solar cell, and their work building ‘zero energy houses’ in both Germany and South Korea, as well as advising Abu Dhabi’s sustainable, zero-carbon Masdar City project.