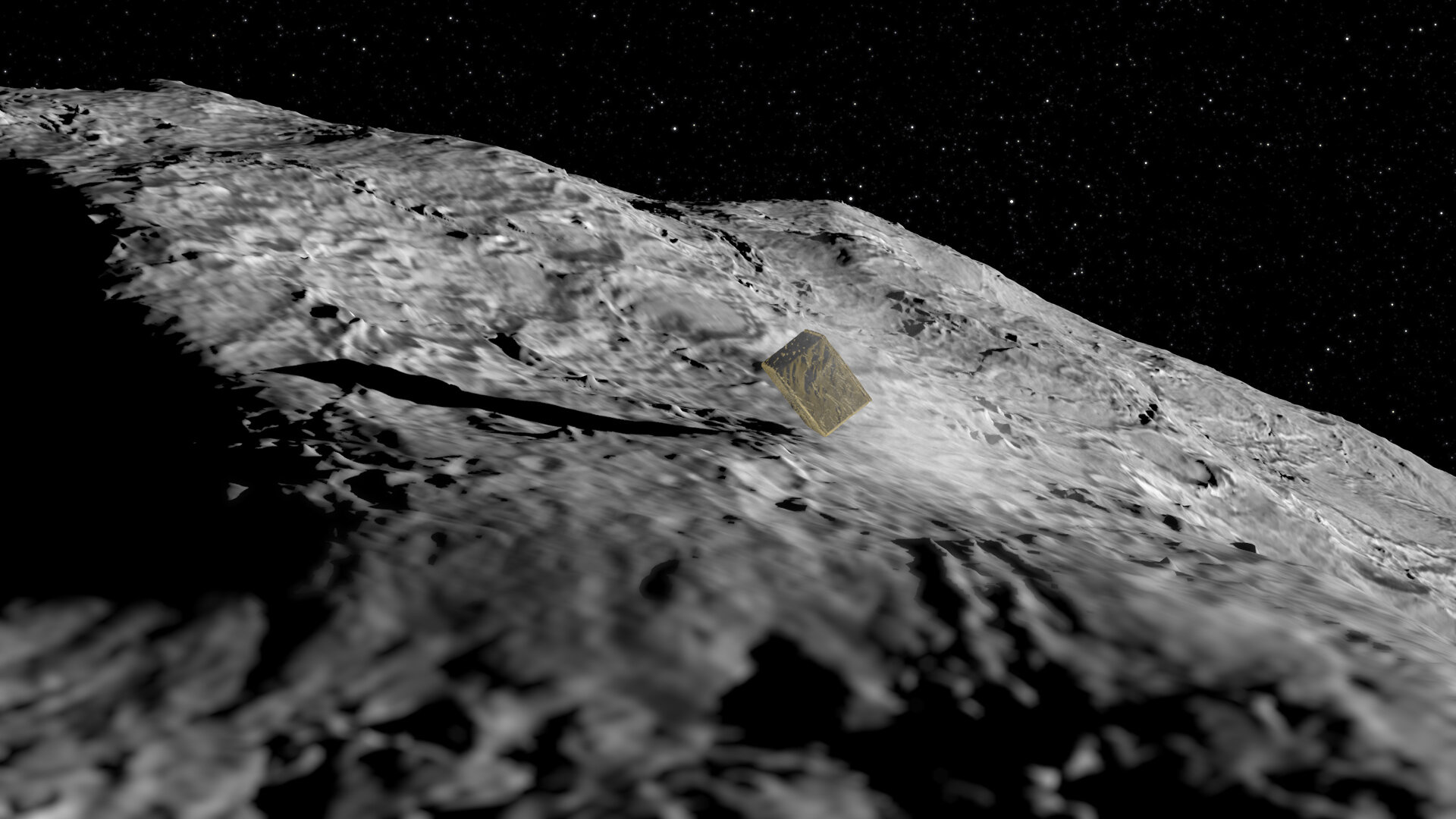 AIM would place a lander on Didymoon – ESA’s first touchdown on a small body since Rosetta’s Philae landed on a comet in November 2014.

The asteroid lander, named Mobile Asteroid Surface Scout-2 (MASCOT-2), is under study by the German Aerospace Center DLR. MASCOT-1 is a lander already on board Japan's Hayabusa 2 mission, which was launched on December 3, 2014 to land on its targeted asteroid in 2018.

MASCOT-2 would be largely identical to its predecessor, building on its heritage with the following main changes: accommodation of the bistatic low-frequency radar instrument (electronics plus main antennae), 3-axis accelerometers, and solar panels to survive at least three months on the Didymoon surface.

The in-situ measurements of the strength and porosity of the surface and sub-surface will be vital for estimates on the overall surface mechanical properties, which have a direct effect on the outcome of the kinetic impact caused by DART. With a multispectral wide field camera and a radiometer on board further local measurements will be made to determine the mineralogical properties, surface brightness temperature and emissivity at the landing site.